Storytelling that Links the Present to the Past

Chol (Mayan) Folktales: a Collection of Stories from the Modern Maya of Southern Mexico

Storytelling has long been a form of entertainment among people, but folktales do more than provide amusement. They convey features of morality, community values, and tradition. Often passed along through generations, usually from elders to youth, stories provide an oral link to our pasts. In this book, Hopkins and Josserand re-tell ten Chol folktales and offer insights into their narrative structure and history. The Chol Maya live today in rural areas of the Chiapas/Tabasco region of southern Mexico (p. 8). The stories in this volume were collected in the 1980s by Hopkins and Josserand, who were linguists working on the Chol language. It is a careful consideration of the form, rhythm, dynamics, and linguistics of Chol folktales. The book also provides an account of the contemporary Maya that often reflects myths and values generated in the distant past. It’s a valuable contribution for a diverse audience, including linguists, ethnographers, folklorists, archaeologists, historians, and the general public.

The authors divide their book into several sections. Chapter 1 provides some background, being an introduction to the southern Maya and the tradition of telling stories. At the start, they distinguish between what they call the Great and Little traditions of the Maya (p. 4). The Great traditions are those of the Classic Maya elite, while the Little traditions are those found at the household level. Hopkins and Josserand seem to be distinguishing between the kinds of stories that would have been told by each group. Great traditions would have told stories on a larger scale, to public audiences and inspired by ideology and philosophy. Little traditions would have been a household activity, told at home by elders around the hearth fire. In this sense, Hopkins and Josserand’s dichotomy between Great and Little traditions is important for understanding the scale, intent, origins, and forms that stories can take.

The Chol folktales related in this volume are those originating from the Little traditions of the southern Maya, though they are all together modern accounts. Such stories likely reflect values regarding “morality and worldview” found among Classic Maya commoners in the past (p. 7). Hopkins and Josserand describe the practice of storytelling among the Chol today, such as the appropriate time for telling stories and aspects of gender that are significant (p. 11-13). They conclude chapter 1 by setting up the appropriate scene for a story: evening, firelight flickering in a hut, insect sounds in the tropical air (p. 13). Chapter 2 explains the narrative structure of Chol folktales. Storytelling takes a specific traditional form established by the best storytellers in the community. Such individuals use narrative devices that create drama by “anticipating the reactions of the audience” (p. 17) and share the same general features (p. 17-31). Chapter 3 introduces the folktales transcribed by the authors. Many of their elements seem to date back to at least the Classic period, such as certain deities and supernatural beings present in ancient art and iconography (p. 33).

The stories are divided into three parts: Myths and Fables, Tales of the Earth Lord, and Things that Come out of the Woods. There are ten stories in all, some that seem to take the reader back to the ancient Maya and others that reflect the modern. The English translations are written beside the Mayan, and each preserves their original form. Hopkins and Josserand are linguists, and it shows in their attention to detail in terms of both language and structure. The stories are told just as they were recorded by members of the Chol communities they were gathered from.

Stories from Part 1, Myths and Fables, include Older Brother Sun and Younger Brother Sun, the Celestial Bird, and the Turtle and the Deer. The first evokes the Classic Maya, from symbolic color imagery to pre-Columbian figures (p. 53-58). It also appears to encode important cultural information about plant use, as stories are often an effective means of passing along such knowledge (p. 54). The Celestial Bird also utilizes pre-Columbian imagery with figures drawn from Classic Maya texts (p. 59-60). The third story, however, appears to be a Mayan version of the Western tale about the tortoise and the hare, offering a particular cultural perspective to the adage “slow and steady wins the race” (p. 61-66).

Stories from Part 2, Tales of the Earth Lord, recount those that deal with a principle deity of the Classic Maya, Chajk in Chol (or Chaak in Yucatec). The first story, Our Grandfather, uses Chajk to explain the origins of archaeological artifacts, such as polished axes and obsidian blades that often appear in freshly plowed fields (p. 70). The Cave of Don Juan (p. 77-90) and A Visit it Don Juan (p. 91-112) both tell of the deity’s capacity to provide resources and goods to regular people, through prayer or petition. Both stories relate visiting caves to contact Don Juan (another name for Chajk). The act of making ritual offerings in caves dates back to the Preclassic period and continues to this day, now incorporated within the dominant Catholic faith.

Part 3, Things that Come Out of the Woods, relates stories about supernaturals of various forms. The Messengers (p. 115-128) describes an encounter with demons and records techniques and items for repelling or escaping such creatures. The Jaguar Man (p. 129-138), The Blackman (p. 139-146), and The Comrade (p. 147-158) all relate stories of creatures that take human form to prey on people but are ultimately outsmarted by humans. The final chapter of the book is a discourse analysis of each story. It examines each individually in terms of the narrative structure put forth in chapter 2. It maps out their forms and points out their traditional narrative features.

There is no concluding chapter to the book, which leaves the reader feeling a little as if it is incomplete. However, Chol (Mayan) Folktales is an excellent collection of contemporary stories that provide insights into Chol mythology, morality, and lifeways. It is notable in its relevance to a wide variety of readers, but could especially be a valuable resource for linguists and folklorists. It is also strengthened by the authors’ decades of work studying Mayan languages and their familiarity with the culture and communities in the region. People are drawn to stories, which reflect shared cultural identity, morality, and values. Stories articulate with our worldviews and our sense of community and can teach us a lot about other groups of people. In this way, the book offers to transport the reader to southern Mexico, to a firelit hut surrounded by the hum of insects with corn hanging from the ceiling to dry.

Megan D. Parker is a PhD student in the Department of Anthropology at the University of Kentucky. Her research interests are environmental archaeology and ethnobotany in Mesoamerica.

Chocolá: An Ancient Maya Capital in a Contemporary Guatemalan Community

Where Sanskrit Meets Silicon: A Study of Hinduism in the Heartland of Information Technology 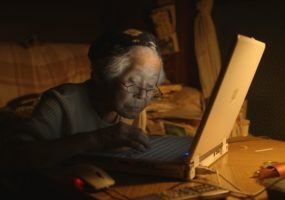 Analyzing Ancient Mayan Elites through their Strategies for Urban Planning

Reorienting Archeological Research on the Maya: Toward a New Definition of Polity