Every year, at the Annual Meeting of the American Anthropological Association, the Evolutionary Anthropology Society recognizes members for outstanding work. Best Paper by a Student is awarded to an individual who was enrolled as a student at the time of paper submission and Best Paper by a New Investigator is awarded to an individual who has received their PhD within five years of the submission deadline. Although this author is several months late on reporting our winners, these excellent works deserve recognition! 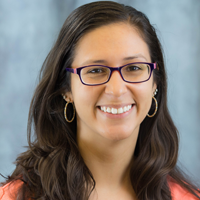 Best Paper by a Student was awarded to Nicole Naar, a PhD student from the University of California, Davis, for her paper on fishing behavior in a costal community in Baja California Sur, Mexico.

Naar’s talk, titled “‘Es un desmadre’: Making sense of experimental and ethnographic observations of fishing behavior,” described the implementation of a framed multi-phase, common-pool resource game played with fishermen from Baja California Sur. Researchers administered the resource games after conducting two years of interviews, participant observation, and household surveys. According to Naar, this allowed for comparison of observed behavior, self-reported behavior, and experimental game behavior for some individuals. She found little evidence for associations between closely related game and survey variables for specific fishing behaviors. She showed that, compared to game play, survey results were more consistent with ethnographic observations of fishing behavior. Naar closed with an important question for anthropologists: If/when behavior in experimental economic games does not parallel real life, how should we interpret and/or apply the results? 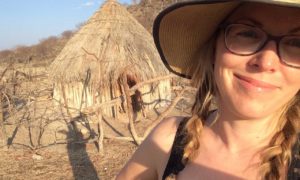 Davis’s talk, titled “Spatial cognitive ability, exploration, and formal education in traditional and transitioning populations,” examined gender differences in the relationship between mobility and spatial ability for children in two societies. Davis noted that in many human societies, men range farther than women, and this greater environmental experience may foster better spatial ability. Along with coauthor Elizabeth Cashdan, Davis compare data from Tsimané (Bolivia) and OvaTwa (Namibia) children, two populations with subsistence-based economies, but vastly different ecologies. In both societies girls and boys have few constraints on spatial exploration. Davis used a mixed-methods approach to data collection, including GPS tracking, interviews, and common methods for assessing spatial ability: pointing accuracy, perspective-taking and mental rotation. She found few gender differences in mobility or spatial ability. She also showed that among the Tsimané, greater regional travel and winding daily tracks were predictive of better navigation, however, increased time in school was inversely correlated with both regional travel and navigational ability.

Congratulations to all of the winners, and to all who gave talks in EAS sessions in 2018. We look forward to more great talks at this year’s meetings in Vancouver.

Kathrine Starkweather is an NSF postdoctoral fellow at the University of New Mexico and a contributing editor for the Evolutionary Anthropology Society.