The 2021 AfAA Student Award Committee cochairs were Bennetta Jules-Rosette and J. R. Osborn. Congratulations to all awardees and honorable mentions!

“Ouroboric Anthropology and the Mothers of Cat Horns: An Analysis of the Diminished Authority of Anthropology in African Art Studies” by Degenhart Brown (UCLA).

In “Ouroboric Anthropology,” Brown evaluates what the continued relevance of anthropology is in African art studies. In doing so, he argues that anthropology’s strengths lie in expanding, beyond the confines of academia, the channels of communication through which African art is interpreted, theorized, and exhibited. In this sense, instead of acting as a sentry for what African art is, anthropology should aspire to strengthen epistemological renovation and cross-cultural communication surrounding the possible forms and functions of African creative practice. He introduces the concept of ouroboric anthropology to illustrate how a priori, institutional understandings of what constitutes African art are in desperate need of a self-eclipsing (autophagic) transformation.

Conducting PhD research in the Republic of Bénin, Brown works with healers, priests, and patients on the ways in which emergent confluences of artistic and sacred practices engender adaptive lifeworlds in contemporary West Africa. Afterwards, he intends to complete a postdoc to refine the ideas developed in his dissertation and preserve connections with friends and colleagues in West Africa.

“‘You Can’t Do Politics without Money’: Female Politicians, Matronage, and the Limits of Gender Quotas in Kenya” by Miriam Jerotich Kilimo (Emory University).

Kilimo’s paper shows how female politicians use money as an informal mechanism to champion women’s political leadership. It traces the ways that women in Kenya engage in transactional relationships with the public through giving money during campaigns, political rallies, and fundraising events. Kilimo uses “matronage” in lieu of “patronage” to distinguish women’s transactional relationships from that of male politicians. Ultimately, this paper argues that the use of money to bolster claims about the need for women in political office underscores the limits of using gender quotas to attain gender equality in politics. While gender quotas have been widely used as a formal mechanism to increase women’s political leadership, they can only go so far in securing women’s futures.

Kilimo is looking forward to publishing a book based on her dissertation research on female politicians and gender quotas in Kenya and continuing her teaching and research on feminist politics, law, and governance, as well as using her research to support policymaking and programming for female political aspirants in Kenya. She is also keen to continue her work helping minority students prepare for graduate school education.

A crowd of women wearing head wraps of different colors and styles sit attentively watching a group of people on a stage with a pink awning.
Credit: Miriam Jerotich Kilimo 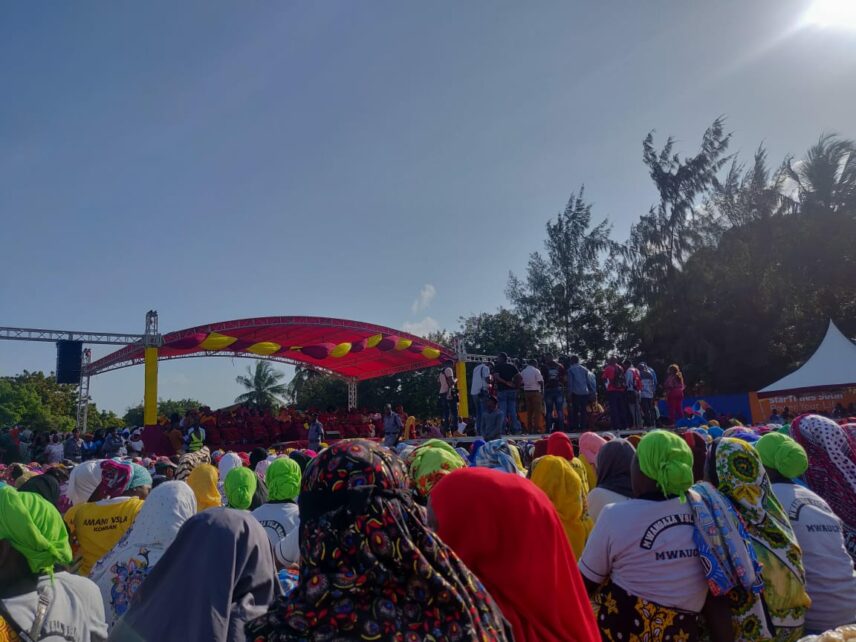 Women sit watching a political rally on a stage in Kenya.

Krugman conducted his first ethnographic project in the fall of 2019, and this month-long stay on Mirieyi Refugee Settlement in Adjumani District, Uganda, produced the thesis chapter that would receive the honorable mention for the Nancy “Penny” Schwartz Undergraduate Essay Award. He was inspired by the stories of the South Sudanese migrants with whom he lived and hopes that their voices will contribute to the thinking surrounding refuge and the abolition of it. Krugman argues that migrant experiences of humanitarian-created food scarcity, the indigenous systems of survival that mediate these challenges, and the solidarity building that defies the logics of western-imposed “refuge” point towards a possible world beyond carceral migration.

J. R. Osborn is an associate professor of communication, culture and technology (CCT) at Georgetown University.

Bennetta Jules-Rosette is distinguished professor of sociology and director of the African and African-American Studies Research Center (AAASRC) at the University of California, San Diego.