NASA’s Aeronautics Research Mission Directorate invited anthropologists to study a novel experiment in rapid teaming and innovation. Here’s how they shed some (moon)light on the organization’s engineering culture.

In 2016, LTG Associates, Inc. brought together a team of anthropologists to respond to a NASA contract opportunity to conduct an ethnography of a rapid, ambiguous, countercultural team assignment. It was believed to be the first time this part of NASA Directorate had worked with anthropologists and ethnography. We and the NASA team landed on a new moon, navigated alien landscapes and cosmic storms, and lived to tell the tale.

The speed of technology change is rising exponentially with the private sector often driving the rate. High-functioning teams working at speed, optimized for innovation, and using the best tested processes and methods become the drivers of change. Such processes and methods can diverge from the traditional engineering processes, methods, and design culture within NASA’s Aeronautics Research Mission Directorate (ARMD) and its constituent research centers. ARMD is expanding partners for research and introducing a variety of innovative research approaches. Many of those innovations are represented in ARMD’s leading edge Convergent Aeronautics Solutions (CAS) Project. 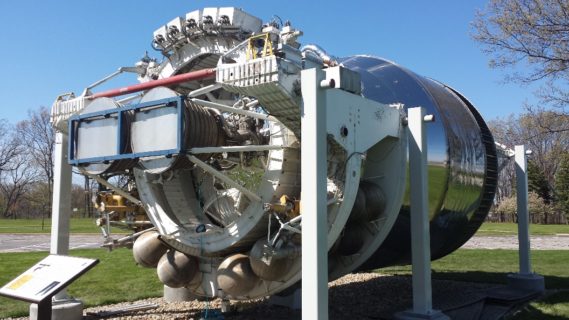 The experiment we studied used a rapid teaming approach that asked the NASA team to respond to an autonomy design question; the NASA team was trained and mentored in design thinking and processes by IDEO. A critical distinction regarding desired processes and products is between primary and secondary innovation. Primary innovation is the discovery of a process or thing that is wholly new, while secondary is focused on incremental improvement. For example, when thinking about mobility for someone with physical challenges, a robotic exoskeleton would represent primary innovation, while an improved wheelchair would be secondary. Much NASA engineering is grounded in secondary innovation, in building quality incremental change on tested groundwork.

The experiment was known as the Aeronautics Autonomy Testbed Capability (AATC), a countercultural experiment that required participants to adopt new skills and work in new ways to innovate around an ambiguous goal. Through the use of ethnography, ARMD wanted to understand the feasibility of using a rapid teaming process and how that could be utilized to address rapid innovation tasks like the AATC as well as priority (urgent or emergency) tasks. The experiment and the ethnographic study that accompanied it were designed to address the following central questions:

To what extent can we rapidly learn and apply new approaches to creating innovative conceptual designs using the best researchers currently available? What are we doing that prevents these approaches from being realized at NASA?

The purpose of the experiment

The technical focus of the AATC project involved the growing field of autonomy. This features aeronautic vehicles, but also can include ground-based autonomous vehicles. Our team of eight anthropologists conducted a rapid ethnographic study focused on the processes and outcomes of rapid teaming and explored the factors that encouraged or restricted rapid innovation. The NASA team faced the following two challenges:

Fieldwork took place over four months. Most of our data were collected in person (whether physically proximate or virtual), through observation (about 180 hours) and semi-structured and informal interviews (about 150 hours). Some of the observations occurred on-site at NASA’s research centers (Ames, Glenn, Langley). At least one anthropologist visited each research center twice. Other observations included reviews of video from the planning and design meetings in which the engineers were engaged along with senior NASA personnel. Key issues explored during the one-on-one and small-group interviews with NASA team members included the following:

The onsite contacts in turn introduced us to other NASA personnel who were not participants in the experiment. Surprises sometimes occurred, such as when the person leading an engine design section said, “I’ve never met an ethnographer before!” We believe this disciplinary cross-fertilization to have been very productive in helping to lay the groundwork for acceptance of this and future qualitative research projects and their results.

The AATC experiment was a success with the NASA team creating a process using a rapid teaming approach and the tools of design thinking. The ethnographic work identified the supports and barriers to primary innovation and rapid teaming within the studied cultures. A key challenge was translating the findings into concepts, language, and formats accessible and valued within the NASA engineering cultures. Ambiguity tolerance is an anthropological imperative; it is not an engineering virtue. Teaming “happens” as a result of technical requirements rather than being a planned and supported activity. Speed is frequently at odds with precision and safety, both of which are engineering imperatives. Working outside of the box suggests a lack of grounded processes that might not produce reliable results. The presentation of the results of the experiment and the ethnography were rife with these tensions. Ethnographic work was unknown within NASA ARMD, and the study’s countercultural and counterintuitive results made them difficult for NASA engineers and managers to understand and credit. Over the course of the year that followed fieldwork, the results were presented and discussed in a variety of forums within ARMD and beyond. With repeated presentations, discussions, and refinement, the results became more accessible, trusted, and useful.

ARMD set a wicked/complex task for the NASA team as well as for the anthropologists, especially given that there were few controls on the experiment. Ethnographers facilitated making the context, process, and results of the task accessible and useful. Although the task may have been thought by some to be lunacy, in the end, they and we were able to cast (moon)light on the potential to shape and manage a culture that supports the best of teaming and rapid innovation.