Billie Jean Isbell, professor emerita of anthropology at Cornell University, died June 26, 2021, in Santa Fe, New Mexico. A consummate ethnographer and preeminent figure in Andean studies, she wrote To Defend Ourselves: Ecology and Ritual in an Andean Village, a classic in the field.

Born in a small mining town in Utah, Billie Jean Richerson grew up near San Antonio, Texas. As a child she suffered from rheumatoid arthritis, which plagued her periodically throughout her life. At eighteen she took off for California where she lived in a commune and enrolled at San Francisco State, intending to study chemistry. In 1963 she married William Isbell and spent two years as a Peace Corps volunteer near Bogota, Colombia, where their daughter Diana was born. In 1965 they enrolled at the University of Illinois Urbana-Champaign, where she completed her BA in anthropology. In 1967 she participated in the Rio Pampas Project, an ethno-historical study of villages in Ayacucho, Peru, directed by R.T. Zuidema. The Isbells worked in Chuschi, accompanied by their daughter and Billie Jean’s mother. Fieldwork in 1969–1970 informed her PhD dissertation under Zuidema’s direction. She returned again in 1974–1975 and completed the manuscript for To Defend Ourselves (1978). In 1976 she joined the anthropology faculty at Cornell University, the first woman hired on a tenure line in that department. She served there as director of the Andean Program for the Cornell International Institute for Food, Agriculture and Development (1990–2002) and Cornell’s Latin American Program (1987–1993, 2001–2002) until retirement in 2002. Subsequently, at the request of elders from Vicos, Peru, she mobilized a reevaluation of the Peru-Cornell Project (a major applied anthropology initiative in the 1950s) and facilitated repatriation of materials from Cornell to Vicos.

Deeply affected by the devastation visited on Chuschi during the Shining Path insurgency in the 1980s and 1990s, she worked extensively with human rights organizations and victim associations to record the testimonials of refugees in Lima. Disillusioned with social science discourse as a medium for expressing these experiences, she experimented with other genres. In 2009, Finding Cholita, her fictionalized ethnography exploring long-term effects of chronic violence in Ayacucho, was awarded honorable mention for the Victor Turner Prize.

Her work on Andean gender identity—which, she argued, goes through a series of transformations throughout the life cycle—gave new complexity to theories of Andean gender complementarity. This focus on gender took on a new dimension after 2000 when Diana transitioned and became her son, Cid. She drafted a novel about the family of a transgender child but, for reasons of ill health, never completed revisions.

Billie Jean’s tremendous joie de vivre enabled her to surmount childhood poverty and lifelong ill health with grace and good humor. She lived expansively with style, generosity, and a great sense of fun. Her friends will long cherish memories of her spectacular garden, delicious cooking, and evenings spent deep in conversation.

Her marriage to William Isbell ended in divorce. She is survived by her son and daughter-in-law, Cid and Medina Isbell, and many friends worldwide. The Billie Jean Isbell Andes Collection, approximately 1,500 annotated photos, songs, and selected publications drawn from her life’s work, is available at the Cornell library website. 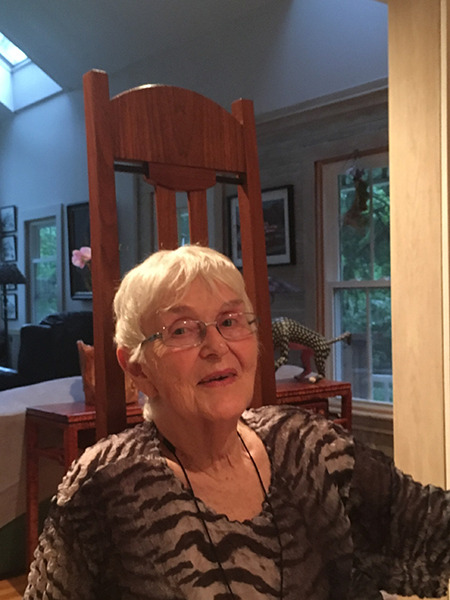