Can a Transgender Body Be the Body of the Nation?

While the US federal government remained in the longest partial shutdown in history, the Trump administration managed to make headway in its baffling effort to prevent transgender Americans from serving in the military. On January 22, the Supreme Court removed one injunction against the proposed policy that was first introduced this summer. Another injunction against it still remains in place, but likely not for long. 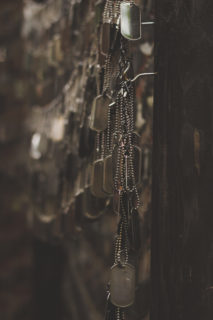 That there is no rational basis to ban transgender people from military service has been proved time and again. In response to Trump’s assertion that transgender soldiers disrupt military readiness, officials from the Army, Navy, Air Force and Marine Corps testified to Congress that the presence of transgender service members has had no detrimental effect on unit cohesion, discipline, or morale. After Trump said via Twitter that trans soldiers burden the military with “tremendous medical costs,” a report by the Palm Center estimated the costs of providing care to transgender troops at less than one thousandth of one percent of the Defense Department’s annual budget. By another estimate, the annual cost of health care for transgender troops would be less than one fifth of what the military spends each year on Viagra prescriptions alone.

The suggestion that transgender troops pose a risk to combat readiness has also been chafed by actual facts. A 2018 Pentagon study indicated that since 2016, just 22 out of the more than 1.3 million active duty military personnel had requested a waiver for genital sex reassignment surgery. The idea that combat readiness would be jeopardized by legions of troops languishing in post-op recovery is another ridiculous departure from reality.

The only justification for the pursuit of this policy is that transgender Americans have served as an effective tool of conservative revanchism. In recent debates on bathroom access and high school sports participation, we are an effective case to test the limits of progressive politics. Now, in addition to asking whether trans people should be allowed to use the bathroom stall next to yours, or whether a trans kid should be able to wrestle your kid in the big tournament, the national question is about what kinds of people can raise and claim the American flag. Letting trans people stand in uniform as the symbols of American power, also means that the public must permit them an honored status, allow their bodies to stand as the bodies of the nation. This is a moral commitment that some would like to make impossible.

I am not an advocate of transgender people serving in the military: as civilians we are already killed at distressingly high rates. But I do believe that if trans people want to serve, they should be able to. The importance of their inclusion is not about serving in the military as an expression of patriotism or as a force of global violence and destruction, but about serving in a military that is one of the largest employers in the world. The Department of Defense has more than three million employees on its payroll. Its policy decisions set standards and precedents that other employers follow. If the nation’s largest employer can exclude trans people based not on demonstrated facts, validated research, or expert testimony, but on bald fear and bias against them, others will likely attempt the same.

The US military has long been an institutional path to upward mobility and the realization of civil rights. It has provided stability, education, job training, and medical care in a country where these things are guaranteed to virtually no one. As a group that is already disproportionately un(der)employed, underrepresented in higher education, and denied access to health care, the exclusion of transgender people from the military will exacerbate existing inequalities. Instead of nurturing the irrational fear that trans people will flood into the military to get access to expensive medical procedures on the tax payers’ dime, it is worth thinking critically about the fact that joining the military is one of the only ways that many Americans can access comprehensive health care at all.

The Trump administration routinely identifies the phenomenon of transgender troops in the military as one initiated by the Obama administration. While it’s true that Obama created a policy explicitly acknowledging and protecting the existence of trans troops, he did not bring them in. Transgender people have been in the military for a very long time. Twenty percent of respondents to the 2016 National Transgender Discrimination Survey indicated that they were US military veterans. Many of the trans women I have talked with in my research joined the military as young people because they were looking for a way to demonstrate to themselves and others just how macho they could be. Whatever the reason, they served alongside others and accepted the risks, challenges, and rewards that come with military service. Their time should not be devalued, and the opportunities afforded by federal employment should not be denied simply because the current administration sees them as red meat for a base built on bigotry and fear.

Eric Plemons is assistant professor in the School of Anthropology at the University of Arizona, where he is also a member of the Transgender Studies Research Cluster.