In a climate of pervasive narratives of wealth creation and success, how can anthropology hold corporate and tech sectors to account? 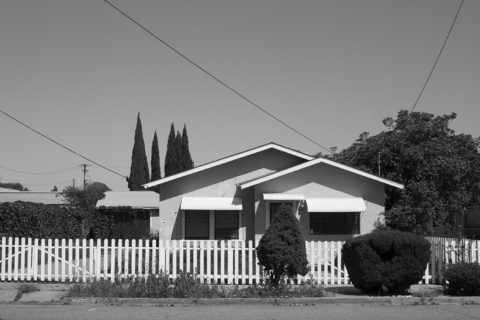 This 772-square-foot house with two bedrooms and one bathroom, built in 1925 on a 5,000-square-foot lot, is valued at more than $1,000,000. It’s been vacant for more than a year, and the land is slated for imminent redevelopment. Ryan Anderson

In March 2014, Business Insider published the article, “Here’s Why Companies Are Desperate to Hire Anthropologists.” Referring to the likes of Google, Microsoft, and Intel, author Drake Baer describes how corporations want to hire anthropologists to enhance their marketing strategies and product designs. According to Baer, anthropological methods like ethnographic interviewing and participant observation are better at telling companies about customers’ needs than the “big data” of corporate research. For students and teachers of anthropology here in Silicon Valley, this seems like a win-win situation. If the corporate sector loves anthropology, this means our students could major in a field of study they are passionate about and land high-paying jobs, right?

A closer look reveals cracks in this fairytale. In January 2018, the UN special rapporteur on adequate housing declared the Bay Area’s “systematic cruelty” of homelessness a violation of international law (Gee 2018). In March 2018, an 848-square-foot house in Sunnyvale sold for a record-breaking $2 million cash (Kendall 2018). In April 2018, a fire-gutted, unlivable house in San Jose sold for $800,000 (Sweeney 2018). In June 2018, the federal government announced that a family of four earning $117,400 would be considered low-income in three Bay Area counties (Zraik 2018). We should have seen this coming. Back in 2015, a 120-square-foot tool shed with no running water was rented to an undergraduate in Palo Alto for $800 a month (Tafoya 2015). Not everyone is winning in the land of innovation.

Known for cutting-edge science and unending wealth creation, Silicon Valley relies on charisma, expertise, risk, and storytelling to produce and accumulate technological and economic value. It is a place of groundbreaking achievements. But Silicon Valley is also broken ground.

Economic disparities, gentrification, and the housing crunch are harsh reminders of the uneven development integral to the Valley’s contradictory realities. As two teacher-scholars living and working on this broken ground, we are informed by our individual research on land, labor, and dispossession. Similar to our field sites, dispossession here is not only about land and money. It is also about ideas, beliefs, and ideologies, and our students’ lives and hopes are enmeshed in all of this. The pressure of success looms daily. They are stressed by A-minuses, convinced such incremental measures will prevent them from getting the coveted internship at Facebook or Tesla. As Ilana Gershon (2018) finds in her fieldwork on hiring practices in the Bay Area, they juggle being flexible and legible as they package their worth to accommodate the fluctuating demands of the job market. It is compromising and exhausting.

Since mid-1990s, the Silicon Valley Cultures Project (2002) and anthropologists such as Gershon (2017), Shalini Shankar (2008), and Elsa Davidson (2011) have examined the Valley’s unique conditions of life, work, and play. Learning from them, we want to critically examine corporate narratives of success and trace how inequality and injustice operate here. Teaching and mentoring in anthropology are potential vehicles of accountability that can call attention to the ethical limits of the corporate sector and the tech industry’s pervasive narratives of success.

Algorithms of charisma, scientific expertise, risk, and storytelling drive win-win models of exchange in the corporate sector. Search for any product release on YouTube and you’ll see the parallels. A product is released to an eager, like-minded, similarly classed and aged audience. A charismatic figure—often an able-bodied, wealthy, cisgender man—stands on stage embodying intelligence and authority. He tells the audience a story of desire, work, and innovation that is historically particular and filled with promise. The story is designed to raise standards for aspiring storytellers. But many of the individuals and components that make the story possible are left out. The narrative erases individuals’ unpaid labor and simplifies the knowledge they produced and contributed in exchange for salaries. And beneath smooth veneers of impact and outcome, it hides the materials extracted, exchanged, and assembled to make the product a cohesive whole.

These stories operate not unlike traditionally unchallenged models of teaching and doing anthropology. Given our work on dispossession in Sri Lanka and Mexico, focusing our attention on it here in the United States is both discomforting and risky. No, not the risks that “tech’s bros” admire and seem to bounce back from as they build narratives of social capital. We’re talking about the kinds of risks that alienate and damage the lives of those who speak up. But discomfort—and disruption—are necessary.

The good news is that anthropology and the tech sector are experiencing pushback. Anthropology is in the midst of a decolonial reckoning (Todd 2018) and #hautalk has made these discussions all the more urgent. But the Valley’s corporate and tech sectors, despite poignant moments of rupture, remain largely undisruptable. Violations take place, promises are broken, and apologies (or more accurately, “clarifications”) are tweeted, only to have those same transgressions go unchecked, new agreements unveiled, more promises broken, and apologies archived and forgotten. In 2017, Uber came under federal investigation for rampant gender discrimination and in 2018, Tesla CEO Elon Musk apologized for a series of defamatory Tweets, citing Ambien as his alibi. Yet, both companies still remain relatively unscathed. Accountability is Sisyphean, transparency mechanisms seem impossible, and the sectors are unable to make long-lasting structural changes that address intersections of gender, race, class, and ethnicity.

As educators, we bear witness to these realities alongside our students. We know that in addition to the anthropological knowledge we pass on to them, they also consume these models of behavior and professionalism because they are valued by such measures in the “real world.” Silicon Valley has become a place where loss has come to be understood as collateral damage, and this damage is linked to recent calls for self-responsibility and resilience. But this is not the community-based, at-the-margins resilience researched by anthropologists such as Catherine Fennell (2015), Laurence Ralph (2014), and undergraduate Emi Caprio (this issue). This resilience is structured by and for the market. It is driven by the modalities and motivations of those in power within the corporate and tech sectors. Let’s be honest, this resilience maintains rather than dismantles economic power. By encouraging self-reliance, it reinforces the wealth of those who do the work of dispossessing and absolves them of any meaningful responsibility.

A line from the website of Facebook’s Sheryl Sandberg’s Option B captures this perfectly: “Resilience is like a muscle you can build. It’s just a matter of knowing how.” Interestingly, with all of the resources on dealing with adversity provided by Option B, housing affordability and homelessness do not make the list of categories and appear only as secondary experiences of loss. Why? Perhaps because land and housing displacement are not singular experiences of choice and knowledge exchange; they are stories of luck, networking, and insider information. They are also stories of unrecognized labor, pragmatic survival on the margins, and financial and material loss. These problems are not matters of choice or resilience. Addressing crises of housing and homelessness require broad community mobilization and an active repurposing and redistribution of resources. Such outcomes also require that the corporate and tech sector for once, lose. Most importantly, it would require dominating sectors to let go of their desires for power. But no one seems to be willing to deal with this. It’s more optimistic to talk options, rather than losses and failures.

This is where anthropology can reorient the story. Silicon Valley’s breaking-ground ethics is fundamentally contrary to the necessary push to decolonize anthropology’s theories and praxis. A closer look at the ethical limits of resilience allows us to foreground stories of distributive justice and accountability in our teaching. Attuned to questions of labor and inequity, we are trained to search for the evidence of uneven development and marginality behind each groundbreaking, cohesive success story. We aim to re-center storytelling around these questions in our work with undergraduates, but to do this, we need to work against the grain and within multi-scalar, hierarchical communities and structures that have long and deep investments in the promise of market-driven success and the thrill of impact.

First, responding to Savannah Martin and Dick Powis’s call (2018) for “multimodal,” “anticolonial,” and “iconoclastic” frameworks, we encourage our students to record, track, and trace how systems of power and inequity operate and thrive in Silicon Valley. When we teach anthropological methods, we simply ask, how does power in Silicon Valley work and whom does it work for?

Second, we challenge students to question their own privileges, desires, and capacities to look the other way from the inequalities that pervade this place (see Martinez 2018). We ask them how the Valley’s narratives of success impact their approaches to learning, valuing, and engaging with anthropology.

Third, we push our students to disrupt narratives about speculative success and failure by pausing and thinking critically with them about the stories of loss, labor, and displacement that do not get told. We discuss ethical dilemmas in conducting research here at a private university enmeshed within the ivory tower and we push them to question structures of power that deliberately occlude experiences of precarity.

Lastly, knowing that the corporate sector chooses what data to measure and represent, we ask them to listen. Not just to the demands and trends of markets, but to the histories of people in this place. This means studying what struggling, dispossessed individuals and communities actually want them study.

These commitments may seem common sense to some. But here in Silicon Valley, the students we mentor have become marketable commodities for the rapid wealth creation that perpetuates both success and deep inequality. Recentering anthropological research in Silicon Valley is critical now more than ever. As teacher-scholars and students, we can reconnect to this broken ground by using anthropology to help build an ethics of accountability. This begins by breaking down those pervasive mythologies of success. It is time to look toward rather than away, to bear witness, and most importantly, to listen.

Mythri Jegathesan and Ryan Anderson are assistant professors in the Department of Anthropology at Santa Clara University. Mythri’s research focuses on gender, labor, and the politics of development in Sri Lanka. Ryan’s research focuses on the politics of coastal development, sustainability, and conservation in California and Baja California Sur, Mexico.