Published in the November/December 2022 issue titled, “After Dark”

Bathed in moonlight, a series of photographs question our perceptions of place, space, and landscape through migratory movements in the Mediterranean.

The Mediterranean Sea has long been connected with human movement and cultural development, its waters a conduit for trade and possibilities.

14,24 is inspired by the idea of temporary lapse, origin, destination, and journey. Taking migratory movements as a starting point, the project focuses on the ideas of perception and construction, and notions of space and place, through a series of nighttime photographs showing different Mediterranean coastal landscapes illuminated by the moonlight.

In 2008, I began to ask myself about concepts and ideas related to displacement, movement, and landscape. Many projects had already dealt with the topic of migration, and I had no interest in repetition. By portraying empty dark landscapes, the project is a means to question our perception and vision in general, and the imagery of Mediterranean movement in particular. It aims to heighten our awareness through its photographic form.

The project took eight years to complete because the images were taken only during the gibbous and full phases of the moon. It is during this short period of the lunar cycle when I could immerse into the landscape in a synesthetic way without the use of artificial lighting. For the film to capture light, they needed a very long exposure, usually more than an hour. These were not so much restrictions as a way of experiencing and registering time that contributed to the possibility of conceiving a landscape that lies between the imaginary and the real. 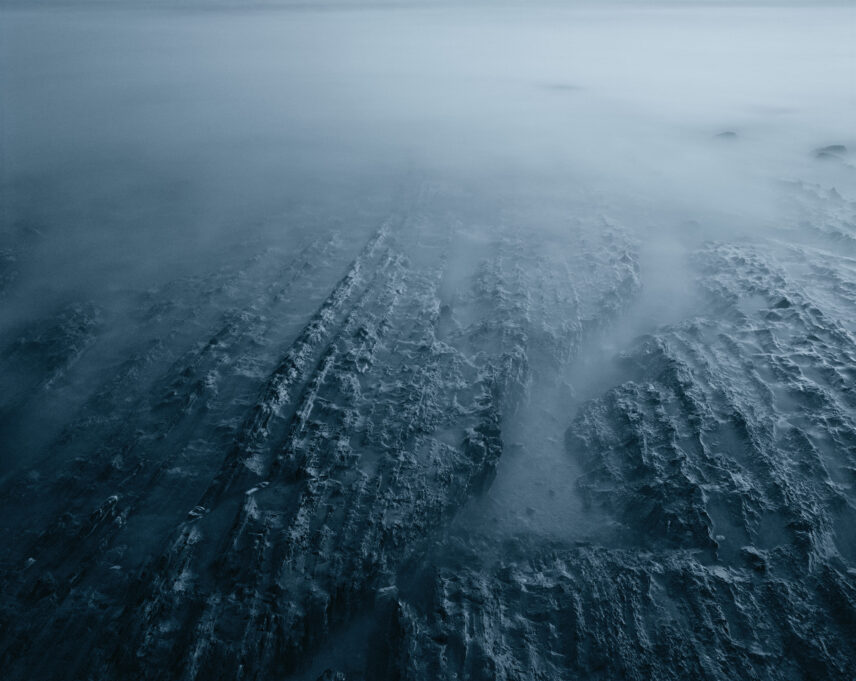 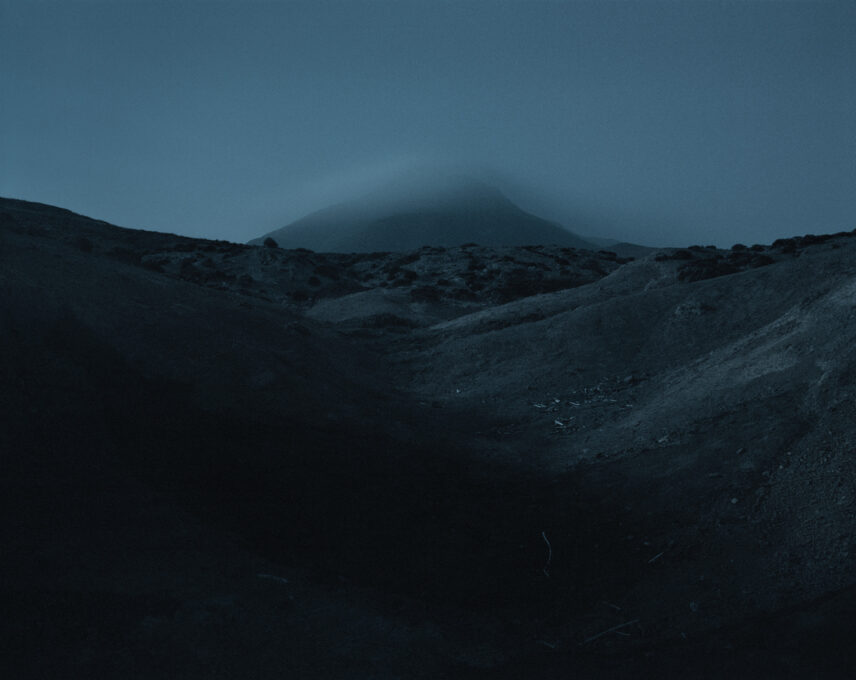 14,24 #3
A dark blue photograph depicts a scene of light, textured landscape with a horizontal dark, coastal band across the center, and a dark night sky.
Credit: JUAN FABUEL 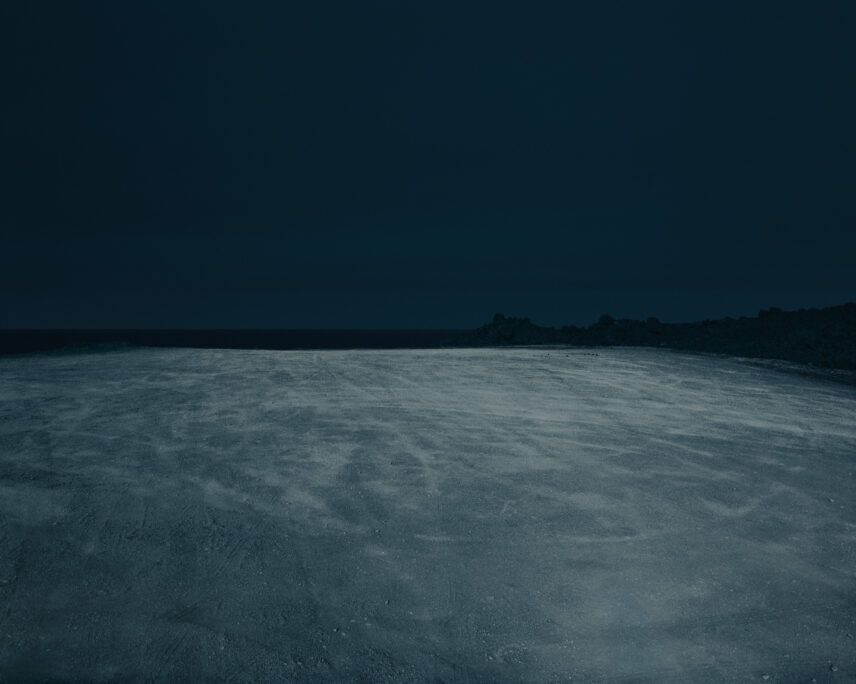 14,24 #4
Bands of reflected moonlight spread horizontally across the middle portion of a dark Mediterranean Sea in the bottom half of this dark blue photograph. Similar ripple-like bands of lighter color fill the sky in the upper portion of the image.
Credit: JUAN FABUEL 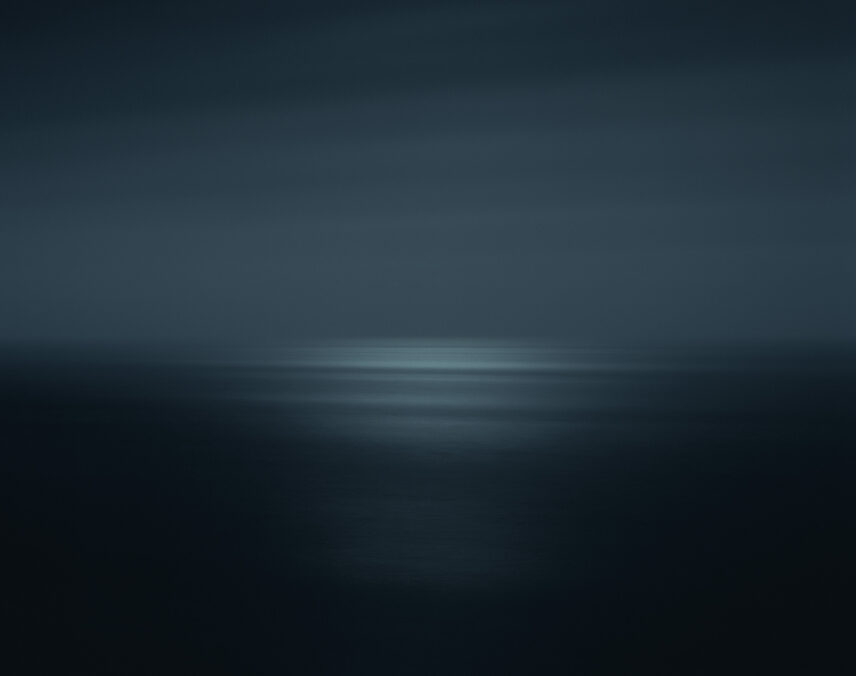 The poetic element of the absence of light and recognizable figures across the images leads to reflections on the multiplicity of connotations and meanings. To approach human movement from a perspective of space and place confers some conceptual, aesthetic, and dynamic dimensions that escape the obvious. The empty landscapes depicted in the images aim to establish a dialogue with the viewer through vacancy, silence, and thought. Due to the variety of readings that the images offer, they allow for conflict to arise in the observer and intend to trigger a meditation on movement.

In daylight, these beaches represent leisure and enjoyment for many people, open spaces of sun, sea, and sky, where the sense of stillness obscures other latent meanings among the elements. At night, these places become unknown spaces without familiar referents.

For people arriving on these shores, these unknown spaces contain the ability to mutate, to become places in which to settle or to find safety, places in which to draw a vital story and develop new identity silhouettes. Photography is a medium with the ability to provide new reading contexts, reflecting the oneiric element of desires for search, risk, and metamorphosis, always implicit in every journey.

The images depict different points along the Mediterranean peninsular coast, the Canary Islands, Italy, and Greece.14,24 suggests a landscape where the picture boundaries fade away, a landscape which acts as a witness of time in multiple dimensions—climatological and luminous, systemic and political. Conceived as an opportunity and as a space open to the journey, it is a landscape which goes beyond vision. A landscape that in recent years has witnessed thousands of migrant deaths and the decay of structures which were the foundations of the idea of a solid and united Europe.

14,24 is the distance in kilometers between Africa and Europe. 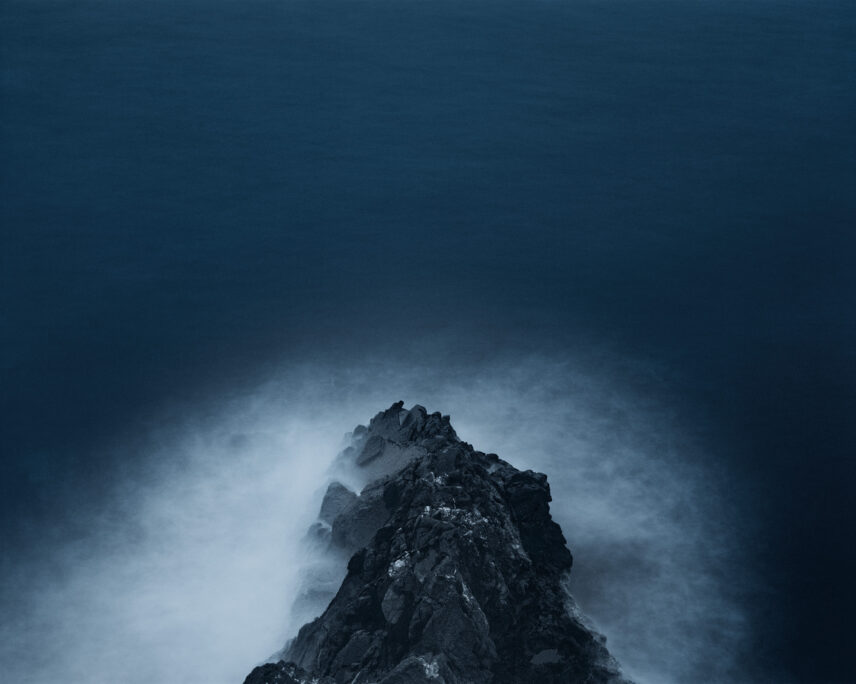 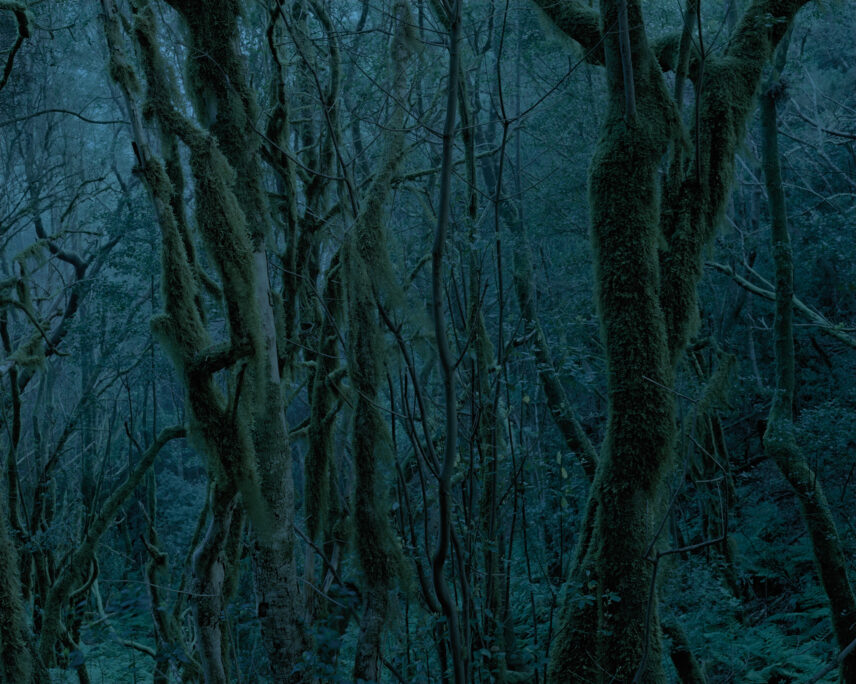 14,24 #17
A lighter blue photograph depicts the mounds and vertical fissures of a section of a granite rocky coastline.
Credit: JUAN FABUEL 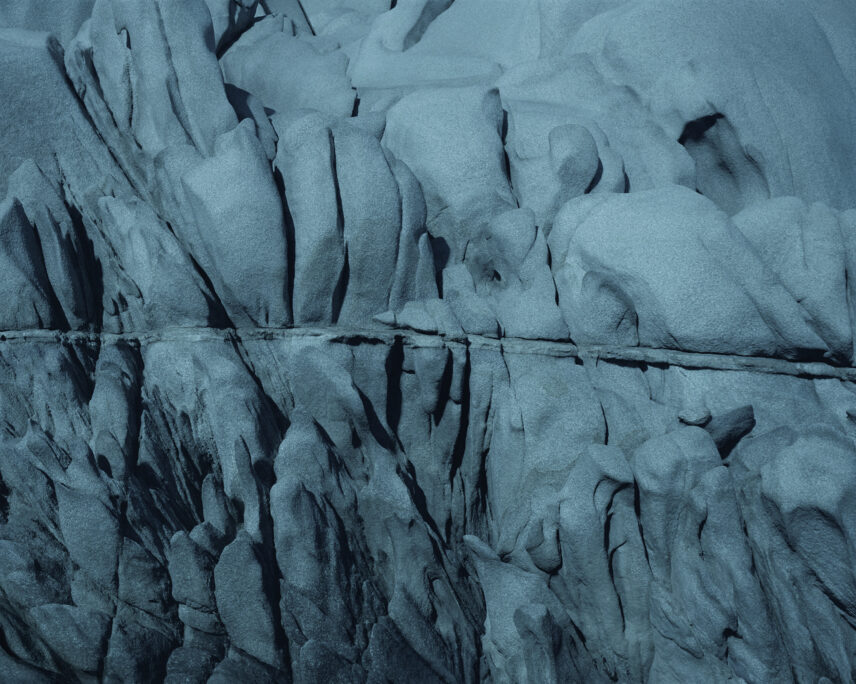 14,24 #19
Grass-covered coastline with a rocky mound in the center of this dark blue photograph. Cliffs with horizontal striations loom across the background center, with brooding dark blue sky above.
Credit: JUAN FABUEL 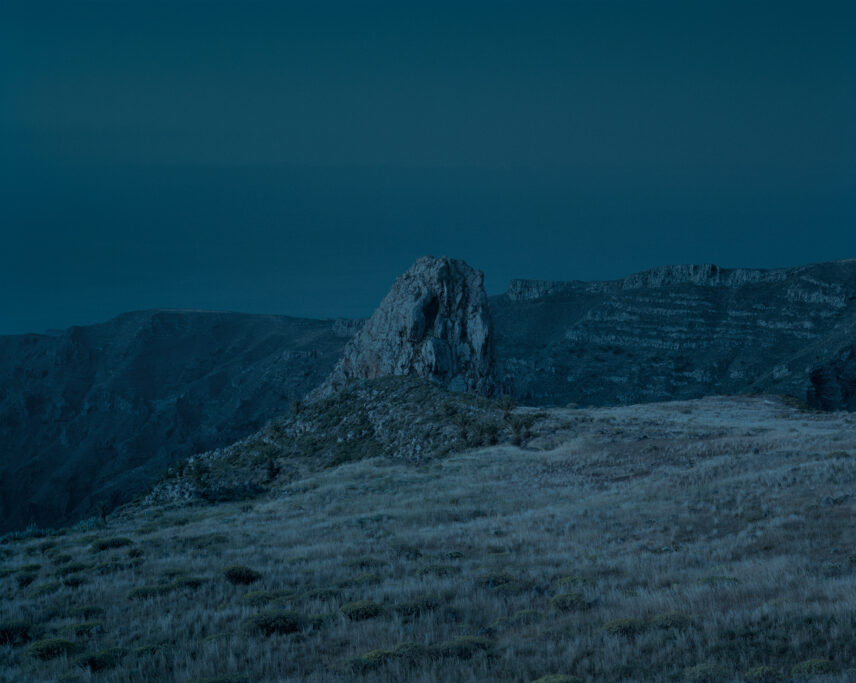 Juan Fabuel holds an MA in media science, an MA in cultural and social anthropology, and is a PhD candidate in fine arts and humanities. His artistic projects have been shown in solo and group exhibitions including PHotoEspaña (Madrid), TAV (Taipei), Bancaja Foundation (Valencia), Noorderlicht Photofestival at Museum Belvédère (Oranjewoud), and Centre del Carme Cultura Contemporània CCCC (Valencia). He lives and works between Switzerland and Spain. www.juanfabuel.com