George P. Castile, long-time professor of anthropology at Whitman College in Walla Walla, WA, died just over one year ago in Tucson, AZ, at age 81, partly as a result of loneliness exacerbated by the COVID-19 lockdown.

Castile (a.k.a. “Walla Walla”) was the author or co-editor of seven books and many articles. He was best known for his work on the history of federal Indian policy in the United States, although his PhD thesis and first book were an ethnographic study of the community of Cherán, Michoacán (Mexico).

Castile belonged to a cohort of male anthropology grad students at Arizona who called themselves “The Bozos,” after a (then-) popular LP album by The Firesign Theatre comedy troupe. They were serious students and equally serious partiers—hence, The Bozos. A Bozo Fund in honor of the group has been established through Castile’s estate to support graduate students in cultural anthropology at the University of Arizona, and a similar endowment has been created to support anthropology at Whitman College. A gathering in his honor will be held at this year’s AAA Annual Meeting in Baltimore. Please contact Chas McKhann ([email protected]) for details.

A man with white hair, beard, and glasses sits indoors. He is wearing a white and blue striped shirt with a red lanyard, and someone out of view puts an arm around his shoulder. 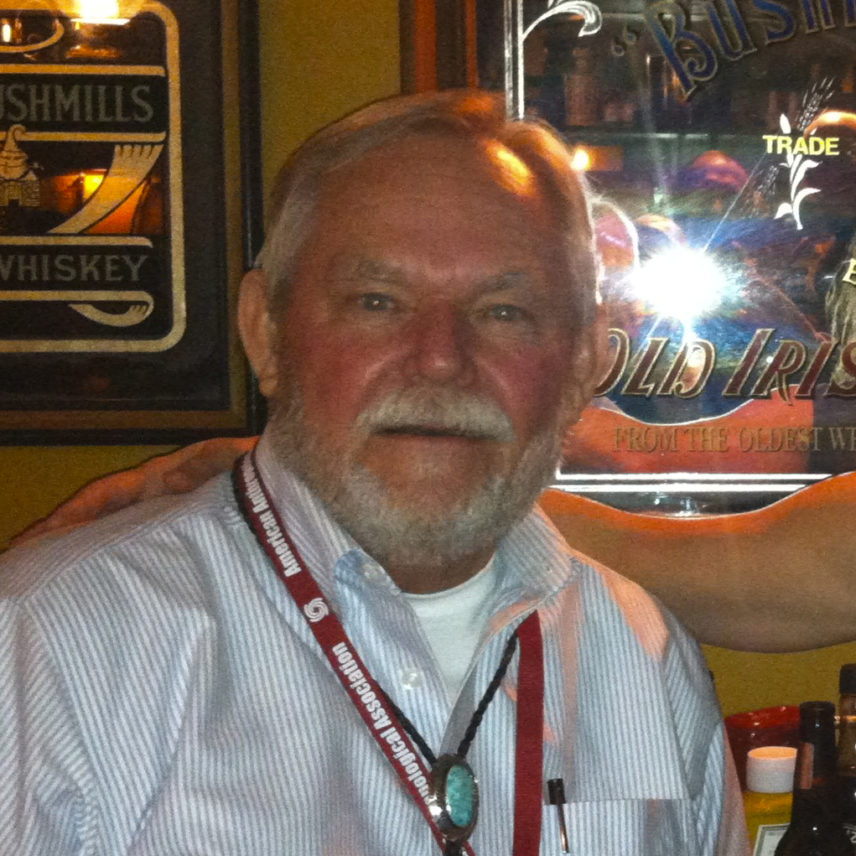