“I didn’t think this was a black person’s disease…” headlined an NBC News article in March 2015. In the article, Cody Williams, a 56-year-old former journalist, recounts his surprise when he found out he had Amyotrophic Lateral Sclerosis (ALS), saying that doctors tested him for AIDS and asthma, then questioned him about whether he was abusing drugs after tests failed to detect those diseases. “I wonder if more people actually die before they get a diagnosis,” Williams mused. According to the ALS Association’s (ALSA) national website, “93% of patients in the Database are Caucasian.” Yet, the same webpage also indicates that ALS occurs worldwide “with no racial, ethnic or socioeconomic boundaries and can affect anyone.” This statement reveals two things: first, that officially reported knowledge about ALS is partial at best, and second, that the role of race in ALS is unclear.

Even so, as Williams’s story illustrates, official narratives about race and ALS shape processes of diagnosis and treatment, as well as patients’ own illness narratives. It is clear, then, that the issue of race is central to the realities of living with ALS; it is equally clear that we do not understand how these issues are related or the processes by which they become so. To address this gap in current knowledge my dissertation research asks two questions: How do narratives of illness and narratives of race become entwined and enacted in the diagnosis, treatment, and experiences of ALS? And with what effects on patients’ lives? To answer these questions, my research considers the lives of black and white Americans with ALS in St. Louis, Missouri.

My research site wasn’t always in St. Louis. Before I started my graduate program, my eyes were set on Washington DC or Atlanta. I was hoping to capture racialized experiences in a large metropolitan city with a dense black population. I was particularly drawn to Atlanta because during my final year at Emory University I had already established relationships with several local ALS non-profits and clinics. My interlocutors and gatekeepers were prematurely excited about a more in-depth extension of my senior honors thesis. Atlanta was comfortable yet foreign, but most importantly (to me at the time), Atlanta was not home—St. Louis was. In the past five years, St. Louis has garnered its attention as the home of the late Mike Brown Jr. and site of the Ferguson Uprising. Yet, I never anticipated ALS and Ferguson to collide in nearly the same moment and spark two social media movements that would undoubtedly change the world and the direction of my work. 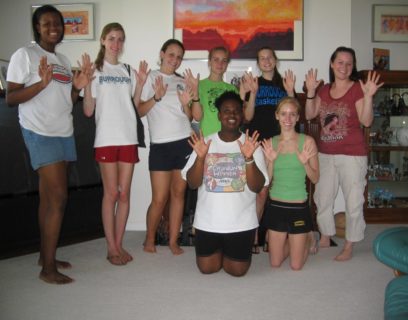 In summer 2014, more than 17 million videos were uploaded on social media of people dumping buckets of ice over themselves to raise awareness and funds for ALS. On August 9, 2014, unarmed black man Mike Brown Jr. was fatally shot six times by a white officer. These events ignited social media attention that moved each event from relative obscurity to national and global prominence.

These movements were not without critique. I opened my Facebook one morning in August and a friend’s post read: “How many buckets of ice would I have to pour over my head to get people to care about black lives?” I was stunned. “What are you talking about?” I thought. “Black people get ALS!” I had been working with the ALS community since I was fifteen, and I was moved to see attention paid to ALS and engagement around ALS. For me, caring about ALS and black lives were not in opposition because I had known many black people with ALS. A disease that once required a long explanation and connection to Lou Gehrig was now a prominent fixture in the public’s imagination. I realized the significance of this particular instance for ALS awareness, research and for the lives of ALS patients then and now. But this provocative question immediately helped me realize that everyone did not see it this way—with fair objection.

After Brown’s death, my timeline was full of black Americans questioning ALS as a distraction from the issues that mattered, like continued police brutality and systemic violence against black people in the United States. Some black people were angry and as bloggers investigated the disease on their own, they deduced that ALS wasn’t a “black disease” and thus not worthy of the black community’s efforts or participation. In 2014, one blogger wrote the following:

Amyotrophic Lateral Sclerosis aka Lou Gehrig’s disease. This affects most white males over the age of 40. That’s y’all on my timeline? What effects the majority of the ppl on my timeline is the assassinations of our black boys the over sexualizing of our black girls and the complete miseducation of our ppl to remain oppressed. I challenge you to make a significant change in your households & communities. No ice bucket needed, just some self-respect, love, and pride. #riseabove #Awareness #Trends.

Other bloggers challenged ALS’s low prevalence, the Ice Bucket Challenge as a deliberate distraction from racial injustice of Ferguson, and “the white washing” of the Ice Bucket Challenge. More recently, in November of 2017, a popular black online blog, “The Shade Room,” headlined “The Man Who Inspired the ALS Ice Bucket Challenge Passes Away at Age 46.” As I scrolled through the comments, I saw a litany of comments like: “Can we get a Challenge like this for black people diseases? But *prayer emoji hands*” and “Sooo doing a challenge doesn’t save lives?!” and “Wow, too bad this doesn’t even affect black people…” I realized that the viral momentum of both the Ice Bucket Challenge and Ferguson continued to erase people of color with ALS from public understandings of the disease. 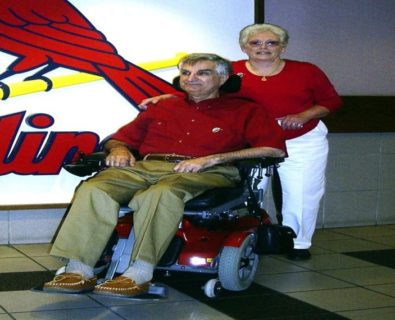 Even before the Ice Bucket Challenge, ALS research and advocacy foregrounded the disease experiences of white people: famous baseball player Lou Gehrig’s name provides the moniker for the disease; Tuesdays with Morrie, the story of sociologist Morrie Schwartz’s experience with the illness, became a New York Times Best Seller; and astrophysicist Stephen Hawking has been the most famous face associated with ALS, since his diagnosis in 1963. Each of these figures renders a story of ALS and whiteness—one that reached an even broader audience with the viral 2014 Ice Bucket Challenge and counter movement through Ferguson. Even academic scholarship privileges the lived experiences of all white European, Canadian, or Australian participants, leaving the experiences of women and non-white individuals living with ALS remain significantly understudied.

I am less interested in society’s motivations to care about others or conspiracy driven arguments around the government creating the Ice Bucket Challenge to distract from state sanctioned violence in Ferguson, but rather, I am interested in how black ALS patients were completely left out of the discourse and rendered invisible.

What makes a disease legitimate? What is life like for people who live with that disease but fall outside of the parameters of the public and medical imaginations of it? Didier Fassin suggests that this emphasizes certain social experiences, particularly those concerning the production of public policies and actions of the state while de-legitimizing other experiences. How diseases are defined, categorized, and documented provides a lens into social relations and social values. But inherent in the formulation of the biolegitimacy of ALS are these racialized dimensions that remain understudied.

Following in a black feminist epistemological tradition, a key element of my work is to insert black people, who are often subjugated in ALS knowledge production, as both objects of knowledge production and producers of knowledge. A black feminist anthropological approach guides my research by intervening into feminist theories of oppression and the knowledge production process by centering the viewpoints of ill individuals who have often been excluded from traditional sites of knowledge production. What is ALS like for black people? Are they being diagnosed? Are they being misdiagnosed? What social and political structures are in place that make access to care challenging? What syndemic relationships between other co-morbidities occur for black people with ALS in the United States? These questions remain unanswered for ALS and a myriad of ills deemed “white diseases.” We need answers to these questions because failing to recognize black ALS knowledge renders black bodies invisible and will have material effects on black people’s lives. As I enter my final few months of fieldwork and the fifth anniversary of Mike Brown’s death approaches, I hope my ethnographic endeavors will uncover these answers.

Chelsey Carter is an MPH/PhD candidate in Anthropology at Washington University in St. Louis. Her forthcoming dissertation project will examine how black people with neuromuscular diseases (like ALS) navigate healthcare spaces and experience care by healthcare institutions in post-Ferguson St. Louis, Missouri.