Marcos Guevara Berger passed away on January 7, 2021, from COVID-related complications. He was a prominent and respected Costa Rican anthropologist whose career spanned 34 years at the University of Costa Rica’s School of Anthropology.

As a scholar, he made important academic and political contributions to the arena of indigenous cultures. As researcher and humanist, he always considered, above everything else, the ideals and aspirations of Costa Rican and Central American indigenous peoples. He developed his career around uncompromising ethical values as researcher, advocate, and teacher. At a time when #MeToo in anthropology remains a concern, he was never the subject of any accusations or even rumors of impropriety with students or colleagues.

Guevara Berger obtained a PhD in ethnology and comparative sociology from the University of Paris X Nanterre (1986) that led him to study the mythology, kinship, and socio-cosmology of Bribri and Cabecar peoples in Talamanca, Costa Rica, while also exploring their documented history. The direct link to indigenous communities, their demands and mobilizations, as well as the rise of environmental issues in the 1990s, shifted his research interests toward politics, the socio-environment, sustainable development, and public policies related to indigenous communities. Still, the ethnological perspective continued to crosscut these new interests and we can argue that it was a framework and research area to which he returned with some consistency. This is evident in his study of Chibchan kinship systems (working in particular with materials from Nicaraguan and Panamanians indigenous peoples), as well as his ethnohistorical research on Chánguenas.

His interest in indigenous jurisprudence and legal anthropology began to form in the mid 1990s and after 2000 it becomes a profuse field of theoretical reflection, political critique, and methodological proposition that he maintained until his death. His political anthropology was committed to the voices, feelings, perspectives, and positions of the groups with whom he worked. He was particularly critical of the institutional abandonment of indigenous peoples by the State. Most recently, he became the central anthropological figure that the Costa Rican government—prosecutors and Judicial Power—turned to when necessitating cultural expert testimony in legal conflicts involving indigenous peoples; he completed approximately 90 expert reports in agrarian, penal, and constitutional jurisdictions. His work in this increasingly important area, including teaching courses on cultural expert testimony and educating judicial system professionals in the areas of cultural expertise and indigenous peoples, was only beginning at the time of his untimely death.

Legal anthropology and cultural expertise are new fields for Costa Rican anthropology that he inaugurated; he also established an argumentative style of anthropological narrative for judicial processes that was particular to him, and that deserves careful future analysis.

Some of Guevara Berger’s publications can be accessed via the University of Costa Rica Kérwá database and Google Scholar.

A man with dark hair and a short beard wearing a striped button-front shirt sits in front of a bookcase. 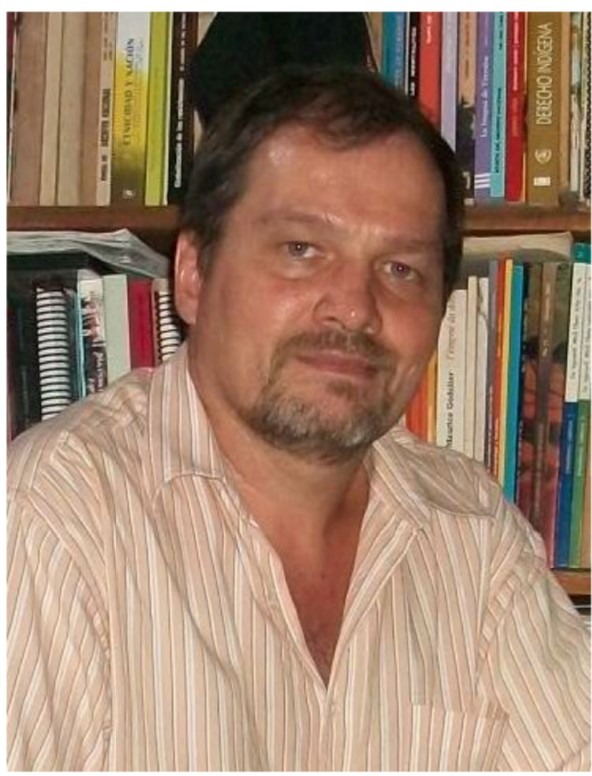