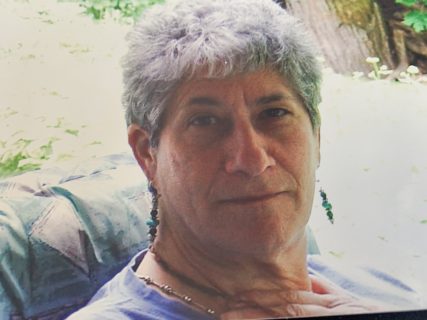 Image description: A light-skinned woman with short-cropped white and grey hair is sitting in a chair outdoors and looks at the camera.
Caption: Marilyn Silverman

After a prolonged struggle with cancer, Marilyn Silverman passed away in Toronto, Canada, on June 18, 2019. She joined York University in 1971, becoming full professor in 1996.

Silverman was born (April 30, 1945), brought up, and educated in Montreal, Quebec. Her undergraduate and graduate degrees in anthropology were all taken at McGill, where she was particularly influenced by the teaching of Peter Gutkind and Richard Salisbury, with PhD (1973) supervision by the latter.

She was an outstanding lecturer, teacher, and mentor. She blended encouragement, empathy, intellectual exchange, humor, and brutally honest and practical feedback – in roughly equal measures.

Silverman’s scholarship won Canadian and international recognition: particularly noteworthy were the 2007 Henrietta Harvey Distinguished Lectureship at Memorial University (Newfoundland) and the 2002 William A. Douglass Prize in Europeanist Anthropology, An Irish Working Class: Explorations in Political Economy and Hegemony (2001). Her scholarly strengths were meticulously detailed ethnography, superb synthetic organization, penetrating analytical acuity, and clarity of argument. As a political and historical anthropologist, she harnessed these to a singular theme: to understand inequality—its formation, reproduction and contestation over time as played out in the realm of politics.

Her doctoral fieldwork (1969–70), conducted in an Indo-Guyanese village, explored the “doing” of politics, of “power in action” as factional politics, the key to local-level elite domination. This led to two books: Rich People and Rice: Factional Politics in Rural Guyana (1980), and the edited volume (with Richard Salisbury) A House Divided? Anthropological Studies of Factionalism (1978).

The most extensive period of her fieldwork took place in Ireland (1980–2000). With Philip Gulliver, her co-researcher and life partner, she studied the livelihoods, class/status hierarchies, and politics of workers, merchants and shopkeepers, and farmers in a small rural town and its hinterland (Thomastown, Co. Kilkenny). Through the extent and depth of their retrieval and use of archival data they set new standards of richly embedded ethnography in long-term historical contexts. Analytically, they eschewed the regnant Foucauldian orthodoxy that “power” was the encompassing integument of social relations and culture; instead, they interpreted “power” as itself encompassed through the differentiating yet interwoven processes of histories, structures, events, and actions.

This overarching synthesis was developed in numerous articles and four books singly written (An Irish Working Class) or jointly written/edited with Gulliver: In the Valley of the Nore: A Social History of Thomastown, County Kilkenny, 1840–1983 (1986); Approaching the Past: Historical Anthropology though Irish Case Studies (1992); and Merchants and Shopkeepers: An Historical Anthropology of an Irish Market Town, 1200–1983 (1995).

She leaves behind her brother and sister-in-law, Bill and Sandy Silverman, and her nieces Robyn and Brandee Diner, all of Montreal; and Philip Gulliver’s sons, Paul, Simon, Clive, Aidan, and their families.