Michael Moerman, a professor emeritus of anthropology at UCLA, died on August 22, 2020, in San Francisco.

Moerman was born in 1934 in the Bronx. He received his BA with Distinction from Columbia College in 1956, and his PhD in anthropology from Yale University in 1964. He had a long career at UCLA (1964–92), where he had dual specialties: Thai culture and sociolinguistics.

His early research was in the culture of the Thai-Lue minority in northern Thailand, where he lived for six years. His publications include Agricultural Change and Peasant Choice in a Thai Village 1968), and numerous articles on Thai and Thai-Lue rituals, agriculture, kinship, and ethnicity. Later in his career, he became an expert in sociolinguistics, uniting the fields of ethnography with conversation analysis. His seminal book, Talking Culture (1988), received numerous honors and was esteemed as “the first attempt by an ethnographer to apply tools of conversation analysis to conversational data from a non-Western language and culture in a monograph-length work” (Niko Besnier, 1990 book review).

Moerman was among the few anthropologists in the early 1970s to co-teach courses in ethnographic film with professors in the renown UCLA Film School. Few US universities offered this subject which coincided with early video technology. Los Angeles became “the field” for his students, who were entranced with his vast knowledge of world cultures and his philosophical, meditative analysis of what was captured on film and video. He encouraged film and anthropology students to voice their different views on the same film. His students remember him as a professor who always made time to talk, probe, and encourage their observation, interview methods and analytical skills. He always underscored respect and joy in the learning about the diversity of human expressions and cultures.

After retirement, he pursued a new career in acting and dramaturgy. From 1994 to 2019 he performed in countless theatrical productions throughout California and provided dramaturge’s notes for the Foothill Theatre Company, Boxcar Theatre, and many others. His specialty was shown in numerous performances at the Lake Tahoe Shakespeare Festival. One of the highlights of his acting career was performing as Mentor in the We Players outdoor production of the Odyssey on Angel Island near San Francisco. He was also an accomplished amateur ceramicist and a decades-long student and practitioner of Zen Buddhism and meditation.

He was known for his intense charisma, gregarious wit, and ability to instantly charm a room of strangers in any corner of the world, even in languages he barely knew. He is survived by his wife, Patricia Miller; his sister, Sharon Grodner; his three children: Maxine Moerman, Max Moerman, and Ben Moerman; two stepchildren, Erik Painter and Kirsten Painter; and seven grandchildren.

A bearded man stands outside, wearing a grey scarf and smoking a pipe. In the background behind him are trees and a car. 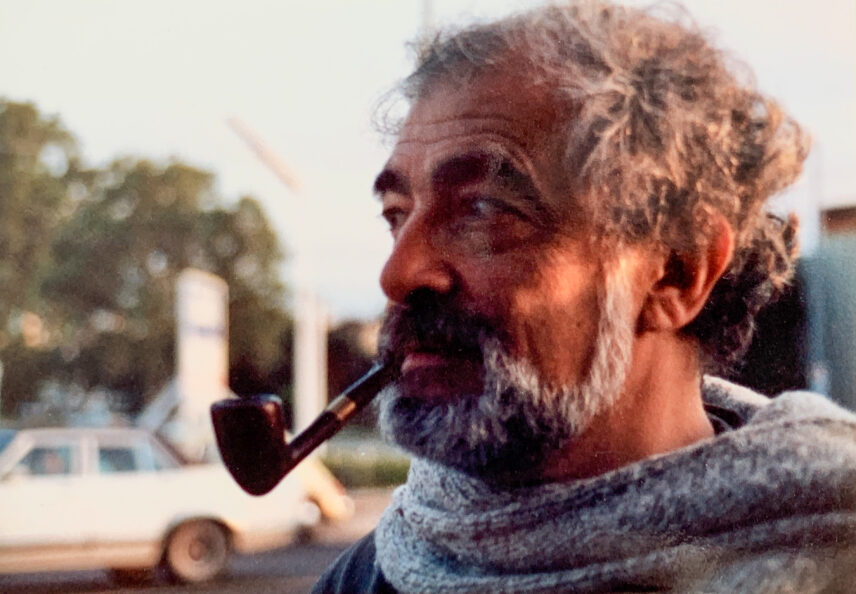