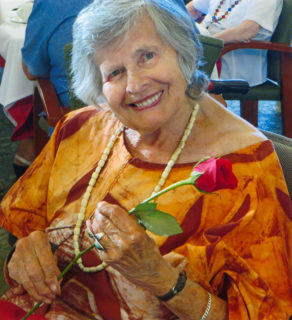 Naomi Katz genuinely loved anthropology. Questions that it posed about the nature of society and the structures of inequality fueled her imagination and drove her intellect. A feminist anthropologist, she was one of the founders of the Bay Area Women’s [later Feminist] Anthropology Caucus, a group of northern California anthropologists and students across the discipline, who banded together in the late 1970s, held annual conferences, and published a newsletter. Seeking to understand the influence of race, class, and gender in women’s lives, Katz was “intersectional” before the word was coined. In her brand of Marxist feminism, the effects of economic production and distribution are always tempered by racial and gender inequality. Her major writing was primarily on women and work, especially the study of immigrant women workers in Silicon Valley, which showed the super-exploitation of women through “offshore” practices brought home. Katz also wrote a much-cited entry on kinship in Bottomore’s Dictionary of Marxist Thought (1983).

Although she was thoroughly conversant with anthropological theory—one of her favorite courses to teach was the history of theory in anthropology— women’s lives were not mere fodder to prove or disprove theories. She delighted in teaching graduate seminars and was especially happy to see non-traditional students blossom under her tutelage. Katz strove to understand how women actually lived, what they dreamt and desired, how they sustained themselves, and what pushed them over the edge. To present women’s dilemmas in their own words, she collaborated with Nancy Milton in publishing an anthology of women’s writings from Asia, Africa, and Latin America, Fragments of a Lost Diary and Other Stories (1974). In her retirement, she kept reading about the lives of women in the global south as if her own life depended on it.

Katz retired early from the anthropology department at San Francisco State University because of painful, crippling disease, but she maintained an active political and intellectual life. “What are you reading?” often followed her warm greetings to friends. She belonged to two book clubs—one with longtime friends in Berkeley and another at her retirement home, The Redwoods in Mill Valley. There she joined a memoir writing group, and she was a force for change in Seniors for Peace, a group to which she brought prominent academics and radical thinkers as speakers. Continuing her long history of activism, Katz joined peace vigils, circulated petitions, and spoke up whenever she had the chance to fight against discrimination and for inclusion. Her activism and intellectual courage inspired many students and colleagues, among them, Evelyn Blackwood, Aisha Khan, Amy Donovan, and her frequent collaborator, David Kemnitzer. Katz died at 88 in her apartment at The Redwoods in Mill Valley in the company of her sons, Lawrence Brickman and Daniel Katz. She also leaves behind four granddaughters and many devoted friends.