What Ethnology Can Tell Us about the Consequences of Climate Change

Presently, HRAF is finishing its second multidisciplinary research project, a National Science Foundation Interdisciplinary Behavioral Social Science grant, “Natural Hazards and Cultural Transformations.” The principal investigators on this project are a climatologist, cultural psychologist, archaeologist, and three anthropologists, from five different institutions. The anthropologists examined the effects of resources stress—measured separately as the frequency of natural hazards, famines, and chronic scarcity—on a variety of behaviors and institutions, including property rights, customary food and labor sharing, forms of political leadership, diet, and subsistence. We also used ethnographic data to test the work of psychologist Michele Gelfand, who has written on cultural tightness (based on the original theories of anthropologist Pertti Pelto) as a response to natural and socially-induced hazards. 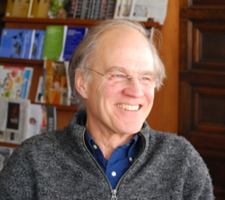