The 2020 AfAA Student Award Committee co-chairs were Bennetta Jules-Rosette and J.R. Osborn. Congratulations to all awardees and honorable mentions!

“Shortcut English: A Pidgin Language and Symbolic Power at a Chinese-Operated Mine in Zambia” by Justin Haruyama

Among the almost 500 Chinese and Zambian employees of Summers Mine, a Chinese-operated coal mine in southern Zambia, there is not a single translator or interpreter. Communication across multifaceted relations that include not only labor but also friendship, humor, and intimacy between Chinese and Zambians operates through Shortcut English, a pidgin language that combines features of both Chinese and English. Like other pidgins, Shortcut English developed under conditions of stark power disparities, but unlike those other contact languages Shortcut English derives its vocabulary from structurally less powerful Zambians rather than from the ostensibly dominant Chinese at the mine. The structure and use of Shortcut English demonstrate the complicated position of neocolonial Chinese actors in Zambia, as they struggle to maintain authority in face of continuing legacies of British colonialism and the prestige and symbolic power of English.

Justin is a graduate student at the University of California, Davis. His goal is to use anthropology to advance progressive policy aims and social justice. He is especially focused on using his research to better understand and address the sometimes tense and violent, but also often deeply convivial, relations between Chinese migrants and Zambians, particularly under conditions of migration.

This essay examines the social life of death in postgenocide Rwanda. Focusing on the memories and experiences of elderly women and men, many of who escaped death before and during the 1994 genocide, this essay illustrates the emotional and practical ways they prepare to die in the absence of mass violence. The process of “preparing for death,” it argues, affords elderly Rwandans unanticipated opportunities to repent, die with a trace, and teach the powers of “ordinary life” to the younger generation. Ultimately, the findings in this essay emphasize the salience of death as a tool for assessing the diverse forms of meaning making, ethical subjectivity, and processes of reconciliation that are practiced in social settings with histories of violence.

Aalyia is currently a Postdoctoral Fellow at the Watson Institute for International & Public Affairs at Brown University. As an academic anthropologist, her ultimate goal is to engage and integrate local forms of representation—including artwork, poems, film, and music—into her writing and teaching. Such an approach can foster new ways of theorizing ethnography and re-imagining what counts as anthropological knowledge. 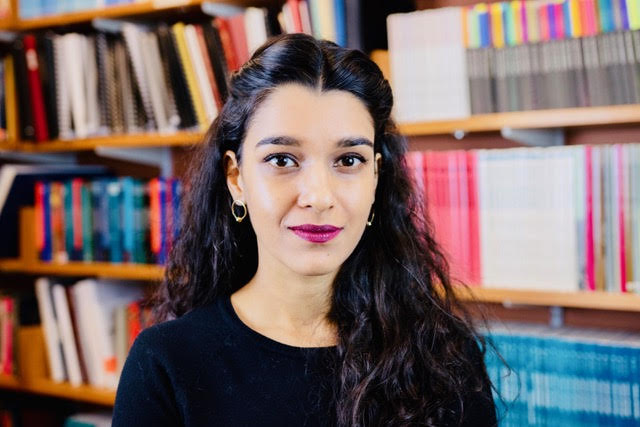 This essay provides detailed case studies into the success and limits of “philanthrocapitalism” in Tanzania. The paper analyzes the constitutive and active role of development beneficiaries in making development happen. It is not done to them. The essay is therefore not a critique of the technical logic of development nor an explanation of failure through it, but the reverse, an examination of how development somehow succeeds despite the limited understanding and involvement of the people normally assumed to do it. The essay concludes that development relations offer limited resources, arguing for more attention to the pragmatics of the situation, rather than a concern with morality detached from material realities and political problems.

Ben is a graduate student at the University of Manchester (UK). He plans on continuing ethnographic research in East Africa, exploring alternative forms of social finance and innovative development.

A white man with short brown hair wearing a white button down shirt stands grinning with his arms
folded in front of him in a dark room. 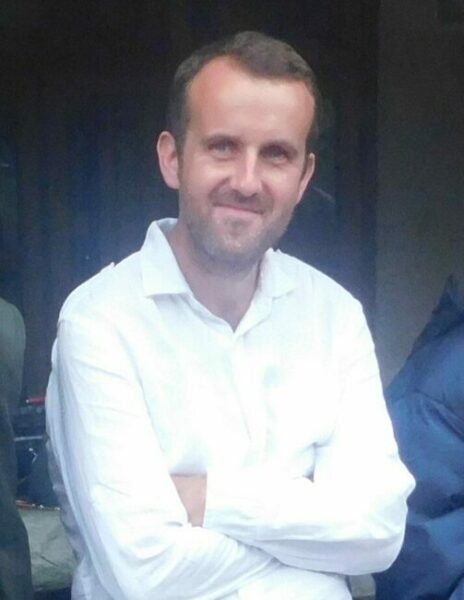 This essay explores the psychocultural limitations of language development for young Somali-Americans living inside the United States. It argues that the ability to pass down the Somali language successfully lies partially outside the parent’s control, leaving neither the child nor the parent at blame. Cultural categorization and rigidity between cultures is a colonial ideal and tool, and in order for us to move toward a more post-colonial era, young Somali-Americans should be able to identify however they please, embracing their cultural hybridity and manifesting their identity uniquely and openly without fear of embarrassment, disappointment, or harassment. Typically, American and Somali cultures seem to exist outside of one another. However, young Somali-Americans are breaking those stereotypes, displaying the beauty in cultural mixing and identity multiplicity.

Billan, a graduate of Macalester College, plans on seeking a master’s degree in cultural anthropology with a focus on postcolonialism, youth development, and agency while working with Somali youth.

A young black woman, smiles on a grass lawn in front of a white building. She is wearing hoop earings, a blue shirt, and a multicolored sash around her shoulders.
Credit: Billan Omar 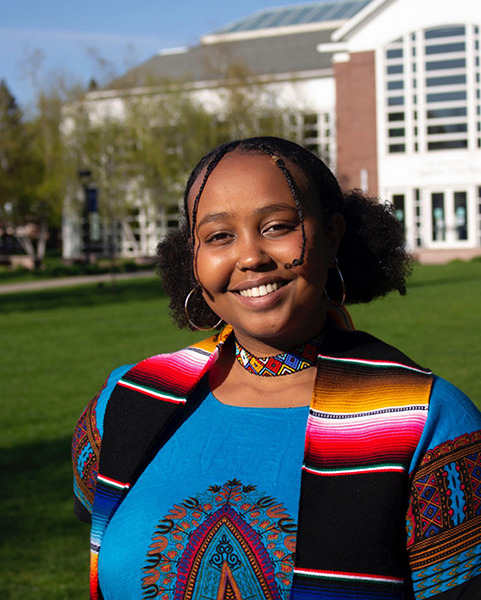 As climate change worsens across the world, the African continent is particularly vulnerable. These changes prompt migration situations in which women face disproportionate challenges. These challenges stem from social, historical, and economic factors that put women at a disadvantage. Climate change can motivate migration and it is important that protections are put in place for women and children. By recognizing the challenges and barriers that women in particular face regarding climate-related migration, legislation, policy, and relief efforts can be improved.

Isabel, a graduate of the University of Oklahoma, plans on conducting research on the impact of climate change on marginalized populations and pursuing a master’s degree in Environmental Sustainability.

A young white woman smiles on a grass lawn with trees in the background. She is wearing glasses, a black shirt, and a black-and-white patterned blazer. She has long brown hair and a silver necklace.
Credit: Isabel English 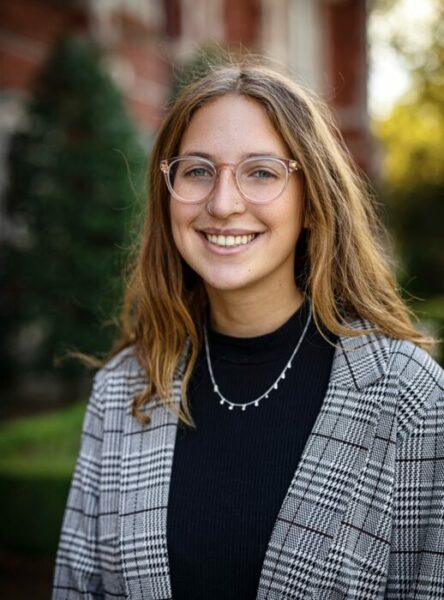 J. R. Osborn is an associate professor of communication, culture and technology (CCT) at Georgetown University.

Bennetta Jules-Rosette is distinguished professor of sociology and director of the African and African-American Studies Research Center (AAASRC) at the University of California, San Diego.