A Moonshot for Extraterrestrial Communication

Speculating on recent efforts to establish contact with intelligent extraterrestrials.

The term “moonshot” is used to suggest an exploratory enterprise with a high probability of failure, but also one that promises tremendous impact in the unlikely outcome of success. Several new developments in astronomy are examples of truly ambitious moonshots: efforts to contact intelligent extraterrestrials supported by investments from the private sector. 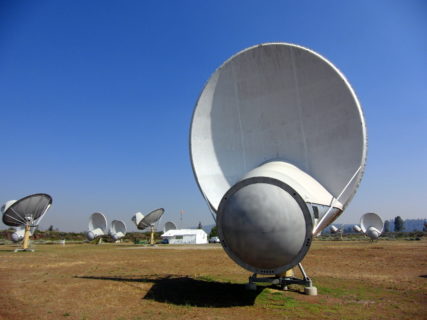 For example, the Breakthrough Foundation, funded largely by tech entrepreneurs, is contributing over 100 million dollars to various groups engaged in the Search for Extraterrestrial Intelligence (SETI) by scanning the skies for signals from deep space. This is a roughly 100-fold increase in SETI funding (Gertz 2017). Another new practice is Messaging Extra-Terrestrial Intelligence (METI): the sending of high-power radio messages to potentially habitable planets outside our solar system in an attempt to find intelligent life in the universe and to provoke a response. While these developments are exciting, they raise many difficult social and policy questions. Could SETI/METI be socially destabilizing or advantageous, and in what specific ways? Should SETI/METI be regulated, if so how, at what levels of governance, and with what types of enforcement?

SETI/METI efforts of past decades searched and signaled the sky largely at random (for example the Arecibo message). Thanks to remarkable astronomical advances, current efforts are being targeted at the estimated 132–160 planets that are less than 35 light years from Earth, and within their suns’ habitability zones, meaning liquid water might be found on them (Planetary Habitability Laboratory). Some of these planets are 10 or fewer light years from our planet. No one knows the probability of success for SETI/METI, which hinges on the probability that a nearby exoplanet could have life capable of communicating through radio transmissions. We can, however, estimate the probability of such extraterrestrials that is implied by various estimates for SETI/METI success. For example, suppose policymakers assumed they could ignore developing any SETI/METI policies because they were 99 percent confident these efforts would fail. This assumption mathematically implies technological life must occur on no more than ~1/16,000 potentially habitable exoplanets. Is 1/16,000 a reasonable assumption? I have no idea, and neither does anyone else. We know only one thing with certainty about this probability: our own existence means it is not zero.

SETI/METI efforts are conducted with powerful radio telescopes. Because radio waves travel at the speed of light, the time for a radio message to travel between planets equals the light-year distance between them. Thus, we could converse with intelligent aliens 10 light years away with a 20-year time lag. Physical contact is not out of the question either. Using thermo-nuclear reactions it should be possible to move a space craft at 1/10 light speed (see, Project Daedalus, British Interplanetary Society). This means a planet 10 light years away could be reached physically in 100 years. If aliens we contact through METI already have such space craft, then they could arrive at our planet 110 years after we send our initial message.

SETI and METI imply profound risks that are social in character. Given the necessarily speculative question of how alien societies might operate, fundamental evolutionary theory is likely our best guide. At its core, evolutionary theory describes how the population dynamics of self-replicating entities lead to change and adaptation in their traits over time. Principles from this theory should apply to any self-replicating entities and do not rely on contingencies such as life using DNA or even it being organic in nature. Charles Darwin and Alfred Russell Wallace had fairly poor understandings of inheritance mechanisms, yet their theory of natural selection was fundamentally correct.

Starting from a basis in evolutionary theory, we can reasonably conjecture that any aliens we contact will tend to reproduce more of their kind. This would be true regardless of whether their reproduction were sexual, asexual, cybernetic, or whatever. The only way this would not be true is if the aliens we contact have below replacement reproductive patterns similar to some members of our own species for the approximately 150 years of the modern demographic transition. Evolutionists have argued that even this reduction in reproduction by our own species is temporary; without any coherent evolutionary pressure to maintain low fertility we should prepare for it to increase (Burger and DeLong 2016, Collins and Page 2019). Aliens with evolutionary pressures to reproduce could present a risk for resource conflict. The distances involved do not preclude physical conflict over limited resources, but conflict could be informational. The radio telescopes with which we would receive signals are connected to the internet; imagine dealing with a computer virus that is literally out of this world.

Both SETI and METI present further risks that arise from our own social dynamics. At least one factor that keeps nuclear war at bay is the assurance of mutually assured destruction (MAD) that would result from full deployment of intercontinental nuclear weapons. MAD is maintained by the assurance that no nation possesses a technology capable of a decisive first strike. If information received from aliens through SETI/METI contained fundamental insights beyond nuclear physics, this could undermine MAD. This risk is particularly pertinent because there are no laws directly governing SETI/METI. Although some scientists have agreed to a post-SETI international notification protocol, this protocol has no legal standing. It would not be a violation of any law or treaty for a government to sequester for itself information acquired by SETI. SETI information would not necessarily be picked up by all telescope arrays, because only radio telescopes pointed at the particular source in the vast sky would receive it. It is possible for state-sponsored groups to be sending METI messages right now without publicizing them, so that only their scientists would know precisely where in the sky and in which year to listen for a reply.

Concerns about conflict with aliens contacted by METI are speculative but well-grounded in evolutionary dynamics as we currently understand them. The potential for political destabilization from SETI/METI is also speculative but conforms to classic game theory predictions. The point is these are solvable problems if we put some effort toward serious policy research on the social scientific issues related to SETI/METI. Should some forms of SETI/METI be prohibited? Should the United States lead from the front with legislation applicable within its borders but prior to an international treaty? Should all METI messages be publicly registered to prevent covert METI?

The key question is whether we can agree about these issues now, before possible SETI/METI success. As scientists and citizens, we should keep in mind that each of the active SETI/METI groups have varying connections to corporations or governments with vested interests in how SETI/METI play out. SETI/METI both carry profound risks than cannot be unspun if contact with extraterrestrials is established. The status quo of unregulated SETI/METI is not immutable and sensible regulations could be put in place. Given so the many more immediate human problems facing our planet, we will likely not establish a comprehensive SETI/METI policy, and probably that will not matter because SETI/METI will not find extraterrestrial life. The only problem with this approach is that on rare occasion a moonshot prevails.

Luke J. Matthews is a behavioral and social scientist at the RAND Corporation and co-director of the RAND Center for Applied Network Analysis and System Science. His work at RAND combines qualitative and quantitative analysis to answer policy questions. This article was written with the input from Krista Romita Grocholski and with support from the Science and Technology Policy group within RAND Corporation.