Captain Marvel Smirks All the Way to the Bank

Thirty-four minutes into Captain Marvel, our superhero, played by Oscar-winner Brie Larson, is standing in a Los Angeles parking lot wearing an intergalactic police uniform and reading an unfolded map. A man rolls in on a motorcycle, eyes her up and down, and says, “Nice scuba suit!” She barely gives him a side-eye in response, and miffed, he says, “Lighten up, honey, huh? You gonna smile for me?” She continues to ignore him as he heads in a store. Then she lowers the map and sees his bike, which she promptly steals.

While co-director and co-writer Anna Boden says that this scene had always been in the script, many viewers and critics saw it as a thumb-to-the-nose response to the men who complained that from trailer to film, Captain Marvel doesn’t smile. After the near-constant calls by male pundits for Hillary Clinton to smile more during the 2016 campaign and the #MeToo movement’s highlighting of that harassing demand on women, the criticism of the Captain Marvel trailer seemed like trolling. 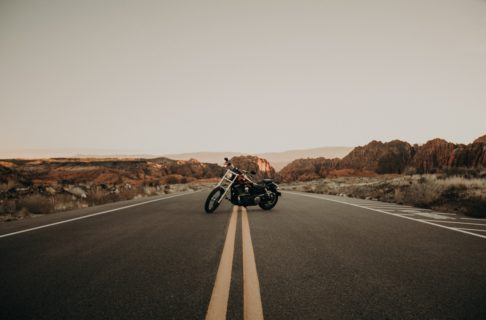 Some of those fanboys—so called partly to infantilize them and partly because that’s what they call themselves—were certainly trying to stir a pot already churning over the simple existence of a movie about a female superhero. Brie Larson stuck in her own spoon by posting a series of superhero movie posters with creepy smiles photoshopped on the faces of the male protagonists. Although Larson’s easy exposure of the critics’ hypocrisy clearly won the rhetorical battle among fans of Captain Marvel, feminism, and various progressive politics, her detractors became even more entrenched in their hatred of the movie and Larson in general.

In the weeks prior to the film’s release, Larson’s detractors were assisted by Russian bots in a semi-organized effort to destroy the film’s Rotten Tomatoes rating. This kind of ballot box stuffing has been done multiple times in recent years and almost always backfires. The publicity around the hate mobs help to propel the film to major success, and Captain Marvel earned nearly $1 billion worldwide in less than a month. But it’s unlikely that the goal, at least of the bot makers, was a low fan rating; Russian hackers are trying to sow conflict, to pour salt in the festering wounds of racism and misogyny in American culture. The bots were doing what a lot of hostile fanboys wanted them to, however.

We have plenty of research showing how white, particularly white male, resentment helping to fuel Trump’s election and how Russian bots encouraged that resentment. It was vocalized quite disturbingly in the Charlottesville Tiki march: They chanted, “You will not replace us.” These men are afraid they’re going to be supplanted in the hierarchy of power, to be made irrelevant or, worse, to be treated like they’ve treated minorities for centuries. This fear is unfounded in a larger, existential sense, as white men still run every segment of American society and they likely will for some time. But in the microcosm of popular science fiction, women and minorities are in some cases replacing white men as the center of stories. But the word “some” is worth emphasizing, since the vast majority of film narratives center white men. Captain Marvel, after all, is the twenty-first movie in the Marvel Cinematic Universe, and the first to have a woman as its sole protagonist. The reaction by fanboys to these new characters and stories feels, well, extreme.

Extremism is deadly, stressful, and culturally corrosive. And it’s profitable. Social media companies have obviously been making mints hosting these battles and news sites have discovered that clickbait outrage articles get more pageviews than careful policy analyses. The marketers of Captain Marvel may not have been delighted by a semi-organized campaign by bots, sad fanboys, and right wing culture warriors, but marketers nevertheless leaned into the debate. They pushed its first-ness, it and its star’s feminist bonafides; the film was marketed explicitly as groundbreaking and implicitly as a cause celeb for the Left. They embraced the tagline “The Future is Female,” released the film on International Women’s Day, and I’d bet, helped Larson with her photoshopping during the smile brouhaha.

The marketing wasn’t dishonest, either; Captain Marvel’s visuals and narrative are carefully constructed to inspire female empowerment and disrupt male supremacy. The smile scene is just the most pointed and obvious moment. Captain Marvel is a complex superhero, funny, kind, righteous, and merciful. But she’s also a badass who kicks human and alien ass. She’s not driven by her romantic interest in a man. Unlike Wonder Woman and Lara Croft, her costuming is not meant to titillate, but rather function. Her best friend Maria Rambeau (Lashana Lynch) is similarly heroic, even without super powers.

The key men in the film all invert expectations. (Spoiler Alert!) Samuel L. Jackson’s Nick Fury has previously been a tough-as-nails heavy in the Marvel films, but in Captain Marvel he’s the bumbling comic relief who needs saving more than once; and boy, did that piss off some of fanboys. Jude Law’s Yon-Rogg is introduced as a brave, commanding mentor to Captain Marvel and then turns out to be cynical, petty, and evil. He repeatedly tells Captain Marvel that she must control her emotions or the Kree Supreme Intelligence will strip her of her powers. But it is in allowing herself to feel and express these emotions that she is able to unlock her full potential as one of the most powerful beings in the galaxy.

The message is laudable, if ham fisted: men tell women to control their emotions so that they can control women, and when women embrace their emotions, they have the power of a thousand suns. This is likely one of the worst fears that fanboys have, although some couch their opposition to the film with claims that feminist politics will kill it in the box office. Marvel proved them very wrong, smiling all the way to the bank.

A psychological and medical anthropologist, Theodore K. Gideonse teaches in the Program in Public Health at the University of California, Irvine. He is also a film critic, and before academia he was a journalist, an editor, a literary agent, and for a brief time, a judge for Guinness World Records.