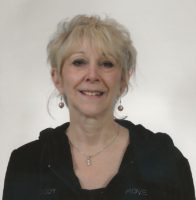 Deanna Trakas, an American anthropologist who built her career in Greece, died on December 5, 2016 in Ann Arbor, Michigan, where she had returned the year prior to her death. Born on June 16, 1943 in Lansing, Michigan, to a Greek father and an American mother, she spent most of her anthropological life in the country from where her father as a young man had migrated in search of a better life in the United States. She is best known for her contributions to medical anthropology and the anthropology of children, especially within Europe.

In 2009, Trakas retired as professor of social anthropology and history at the University of the Aegean on the island of Lesvos (Lesbos), Greece, but kept on teaching and supervising students until 2016, when she moved back to the United States. Around that time she stopped responding to my emails. I assumed it had to do with her retirement and her return to the United States. When the silence persisted I started to look for her on the internet and discovered she had died more than two years earlier. Memorial services had been organized both in Ann Arbor and in Greece, but nowhere in the anthropological press did I find any acknowledgement. This overdue In Memoriam notice is a late tribute to her work.

Trakas completed her master’s degree and PhD at the Department of Anthropology at Michigan State University in East Lansing (1975 and 1981). Between 1971 and 1975 she was teaching there, followed by three years in Greece doing research for her doctoral dissertation on “Favism and G6PD Deficiency in Rhodes: The Interaction of Heredity, Environment and Culture.” Between 1978 and 1990 she was in Athens in the Institute of Child Health and in the Athens School of Obstetrics. From 1990 to 1997, she was director of the Department of Health Anthropology in the Institute of Child Health, which she combined with teaching in the Department of Social Anthropology and History at Lesvos. She participated in the World Health Organization’s Working Group on the Assessment of Childhood Care and Technology (1983–1985), was National Coordinator of the European Program for Birth Management (1985–1987), and served as program manager for four European Coordinated Actions on Interdisciplinary and Qualitative Research on the Use of Medicines (1988–2000). In 1998 she moved to Lesvos as assistant professor at the Faculty of Social Anthropology and Social History, and from 2007 until her retirement in 2009 as professor.

Trakas introduced the field of medical anthropology to Greece. She carefully oversaw its establishment and dissemination through her own research and that of the doctoral candidates she supervised. Among the topics about which she was the most outspoken was the neglected voice of children in our research. Her publications on children increasingly focused on children’s emic perspectives—a drastic move away from the “adultist” perspective that observed, but muted children’s voices.

Deanna Trakas was a creative anthropologist and a joyful person. She will be dearly missed by her colleagues, students, and friends, and in particular by her son Woody White and recent partner Jeffrey Von Glahn. (Sjaak van der Geest, with appreciated input from Athena McLean)