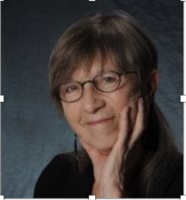 As a scholar Holland demonstrated a robust thirst for understanding our social and cultural worlds. She was a gifted listener with a delightful sense of humor, always moving discussions to deeper levels of inquiry and intimacy. As a social justice activist she was a champion of environmental health and racial and gender equity. She challenged her colleagues, students, and friends to seek and apply strategies for social change. She encouraged those affected by injustices such as environmental racism and the school-to-prison pipeline to join researchers in searching for solutions. As a humanitarian, Holland listened and observed with a desire to uplift others. She gave to the needs and interests of those less fortunate.

Holland loved to collaborate with her students and other faculty on important research projects in other countries, including Korea, Nepal, and Denmark as well as in many North Carolina communities. She authored nine books and more than 70 journal articles.

A reputation as a thinker and leader propelled Holland to chair her department, to be named the Cary C. Boshamer Professor of Anthropology, and to become president of the Society for Psychological Anthropology. Her writing about cultural models, figured worlds, and the role of identity and agency in social movements has inspired many others who use her theories and perspectives in their work. Her book, Identity and Agency in Cultural Worlds, which she wrote with Bill Lachicotte and others, has become a major text in anthropology, psychology, and education research. One of her best known books is Educated in Romance: Women, Achievement and College Culture, which she wrote with Margaret Eisenhart. In one of her last research collaborations, Holland and colleagues Charles Price and Pat Johnson recognized the pressing challenges Black men experience in the United States. Rather than focus on pathology, they conducted in-depth interviews to learn what knowledge, people, and resources Black men in different regions and generations summon when facing difficulties, and how they understand and experience race. The project is now developing educational products to be shared with parents, communities, and organizations.

One of Holland’s many leadership roles was as founding director of the Graduate Certificate in Participatory Research (GCPR) at UNC-CH, an interdisciplinary learning community for research in partnership with communities. In tribute to her grandfather, Ashby Gaines Holland, a columnist for the Newport Plain Talk newspaper who saw something special in the little girl growing up in Appalachia, Holland left a legacy gift to GCPR to fund the Holland Seed Grant Awards. Donations in memory of Dottie to the Graduate Certificate in Participatory Research may be made here. (Margaret A. Eisenhart)