Duane D. Quiatt passed away at his home in Boulder, Colorado, on June 13, 2021 at the age of 92. He was professor emeritus in the Department of Anthropology, University of Colorado-Denver (UCD), where had been faculty since 1969.

Duane led a rich life, always surrounded by students and colleagues of many diverse academic interests and backgrounds. He easily made friends wherever he went around the world. Duane served in the army between 1951 and 1953 based in Japan, before going to the University of Michigan, where he obtained a bachelor of arts (1956) and master of arts (1959) in English. He moved to Colorado to teach English at the University of Colorado-Boulder between 1959 and 1961 but switched early on in his academic career to anthropology. He first started out in archaeology, but when he returned from his first field season to find that the crates with his excavated pottery “had all been destroyed beyond recognition,” Duane, true to character, wasted no time and dove into something equally challenging. Switching to primatology, he conducted his PhD research on the social organization of rhesus macaques on Cayo Santiago (Puerto Rico), where he returned to conduct studies on social learning and food resource access strategies, many years later.

Strongly influenced by his mentor Gordon Hewes (1917–1997), Duane had many interests and approached them all with intellectual rigor and his unique and independent style. These interests ranged from the origin of language, cognition, and cultural behavior to social learning and tool use. Duane never forgot his archeological interests, however, and creatively blended field archaeological method and primate field studies on various occasions. This ranged from experimental work in the famous Anasazi cliff dwellings at Mesa Verde to the study of Japanese macaque stone handling behavior and interpretation of their residual artifacts in the wild in Japan and on a captive population in Colorado. Duane observed gibbons in Khao Yai (Thailand) and chimpanzees in the Budongo Forest (Uganda). With a strong interest in cultural behavior and information transfer he collaborated on two books, one an edited volume with the Japanese primatologists Junichiro Itani of Kyoto University entitled, Hominid Culture in Primate Perspective and another coauthored with Oxford primatologist Vernon Reynolds entitled, Primate Behaviour: Information, Social Knowledge, and the Evolution of Culture. These are but a few of his many and diverse activities, but with every endeavor he undertook, he mentored and had a great impact on a number of young anthropologists, many with whom he remained lifelong friends. Duane will be greatly missed, but his legacy lives on in the work of the people he befriended and made an impact on along his journey.

As a graduate level teacher and mentor, Duane created an environment that both required and encouraged deep engagement with the concepts at hand. He seldom told students what or how to think about a problem but provided materials and led discussions that resulted in vigorous debate and exploration.

Photograph of man with a short beard, glasses, and a collared, patterned shirt. 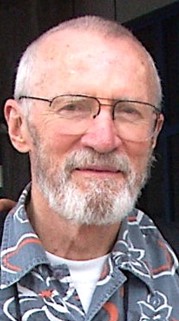