An ethnography of piracy leads an excellent year of scholarship.

The winner of the 2020 Elliott P. Skinner Book Award is Jatin Dua (University of Michigan) for his book Captured at Sea: Piracy and Protection in the Indian Ocean, published by the University of California Press in 2019. The book is well-written and engaging, and his argument is masterfully constructed. Citing a 2013 World Bank report on maritime piracy, the author indicates that most pirate attacks occurred in the Western Indian Ocean, with over 1,000 attacks and nearly 100 deaths of non-Somalis. Dua conducts multi-site research on the East African side of the Indian Ocean in pursuit of his contextualization and analysis of Somali piracy as he assumes multiple roles as an ethnographer. In Arjun Appadurai’s call for a reorientation of a land-based area studies, he encourages scholars to consider alternative constructions, like the Pacific Rim. In the case of Captured at Sea, Dua considers Somalia, the Indian Ocean, and other areas around the “Indian Rim.”

Dua deconstructs the nineteenth-century piracy trope that has occupied the American imagination since the April 2009 capture of the MV Maersk Alabama in the Indian Ocean, over 240 nautical miles from the Somali coast. When a skiff occupied by heavily armed pirates was spotted by the MV Maersk engineer, he engaged the ship in evasive action by using the rudder to splash water on the skiff. Undeterred, the pirates boarded the ship, taking the captain hostage. Leaving an injured pirate behind, the three pirates escaped with the captain on one of the ship’s lifeboats. A few days later, Navy SEAL snipers shot and killed all three pirates in the lifeboat, and rescued the unharmed captain. The fourth pirate, who remained on the ship, was arrested, tried as an adult, and sentenced to thirty-three years in a US prison. He and his accomplices were all reportedly teenagers.

In addition to field research in different regions in Somalia, Dua learned to navigate a dhow (a small trading vessel common on the Red Sea and Indian Oceans) on the Indian Ocean, and did an internship at Lloyd’s of London with a focus on insurance and risk management to understand the dynamics of hostage negotiations and ransom payments. He integrates piracy into the political economy of Somalia and expands the notion of the commons to include land, shore, and ocean. The Barre government extended the Somali territorial sea to 200 nautical miles in 1972, beyond the twelve-mile international designation. Somalia experienced a protracted period of statelessness from 1991 to 2012, when piracy increased. Dua indicates that many pirates from Puntland in northern Somalia, where there was greater political organization and stability, were from nomadic communities resettled on the coast after a drought in 1974.

Obviously, an ethnographer conducting research on pirates would be confronted with many challenges. Somali pirates were viewed as being dangerous by Somalis themselves, who were also embarrassed by the pirates’ international infamy. Pirates were regular maritime workers, primarily fishermen, who would participate in occasional pirating expeditions, through which they received a substantial income from ship capture, if they survived to collect a ransom. The ransom would be dispersed through indigenous redistributive networks, such as the diya, which has persisted through the colonial and post-colonial periods. The diya is a kindred-based system of obligation, exchange, and redistribution to which group members contribute monetarily. It also provides some “insurance” for pirates who often borrow money to finance pirating expeditions. This is indeed a captivating book!

A man with dark hair and dark facial hair wearing a grey coat and blue dotted button down shirt stands in front of a brick building with red shutters.
Credit: Jatin Dua 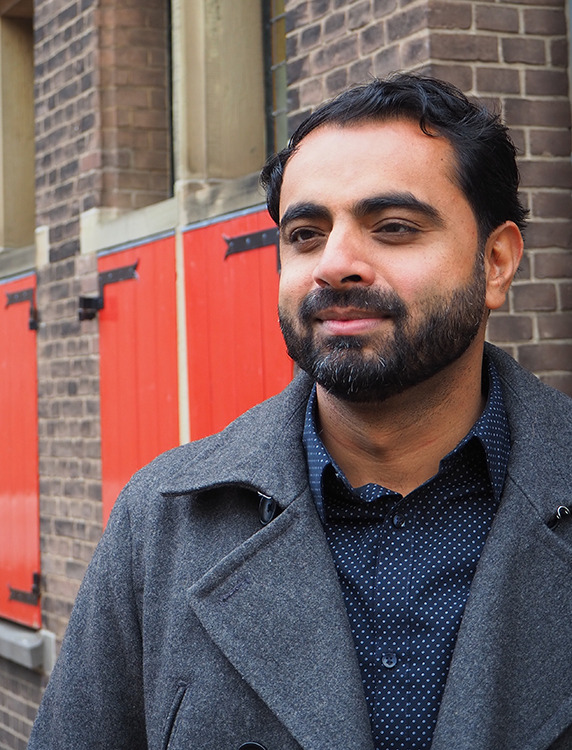 Kamari Clarke (University of Toronto) and Cati Coe (Rutgers University – Camden) were finalists in the 2020 Elliott P. Skinner Book Award competition. Clarke’s book, Affective Justice: The International Criminal Court and the Pan-Africanist Pushback, interrogates the role of the International Criminal Court in adjudicating the criminality of individuals, often those in leadership positions for “genocide, war crimes, crimes against humanity and the crime of aggression,” which most often focuses on Africans in leadership positions. The human rights issues that arise in a particular context cannot be resolved solely through the judiciary processes but must also consider affectivity express by individuals and social movements in order to identify blind spots that also must also be addressed.

The New Servitude: Political Belonging among African Immigrant Home Care Workers, Coe’s book, focuses on African women immigrants who have pursued employment in the home care industry as personal assistants and case managers to elderly white, affluent Americans. This growing industry assists more elder citizens to remain in their home, rather than moving into nursing homes. Coe interviews a variety of home health care workers in the Northeast. In their view, they are underemployed, underpaid, and unappreciated for their hard work. Instead of becoming more invested in the United States as citizens, Coe indicated that they are planning their eventual departure. Given the dynamics of the COVID-19 pandemic, we will have to carefully balance incentives for elderly people to remain at home and for their caregivers to receive better remuneration, benefits, and respect so that they can develop a strong sense of belonging.

We extend our thanks to committee members Rogaia Abusharaf, Yolanda Covington Ward, Michael Lambek, Gwendolyn Mikell, and Parker Shipton for their thoughtful reviews and lively discussion of the nominated books.

For the Elliott P. Skinner Book Award, 2020 was a very good year! Please contact me at [email protected] to make inquiries and submissions for future awards and deadlines.

Betty J. Harris is a professor in the department of anthropology at the University of Oklahoma.