When We Come to Anthropology, Elsewhere Comes with Us

Ethnography’s power comes from the margins. Not the center. 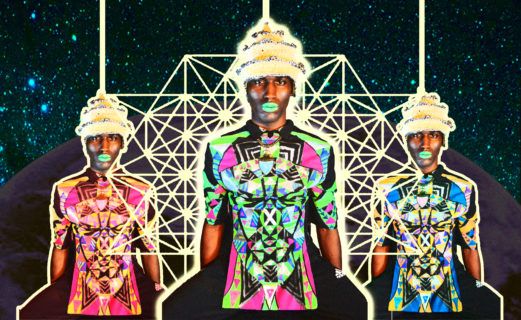 A glance at my watch revealed that my colleague was already five minutes over his thirty-minute allotment. Students from various cohorts and faculty had gathered in the small lounge shared by sociology and anthropology for our weekly brown bag session. I was nervous. It was the spring of 2010, only my second semester as a doctoral student, but I had agreed to present a paper at our usually quite collegial brown bag meetings. Neither the brown bag organizer (also a student) nor I could have predicted what would happen next.

My colleague finished his talk. A couple of professors praised his work, and everyone applauded. My turn. I set up my presentation and began. As I talked, one professor continuously frowned, sometimes wincing as if my words caused her physical pain. Every now and then her neck swiveled to make eye contact with others in the room. Her reactions made me more nervous, but I kept going. Long ago I learned that feigned confidence is better than no confidence at all. I ended my presentation with preliminary ethnographic findings and what they might mean for the future directions of HIV/AIDS prevention and activism. Simultaneously, the neck swiveling professor and her colleague raised their hands. If I had known calling on them would incite an onslaught—me being the target—I probably would have run. I pointed at one of the professors. As soon as the word “problematic” rolled off her tongue, I braced myself. Make sure your face looks engaged and not offended. Unfold your arms. Look approachable. Individualism. Neoliberalism. Reifying stereotypes. Not anthropological. Those are the sound bites I remember.

I thought about that moment often throughout my program. I spoke like an academic, but my work wasn’t anthropological. Speaking doesn’t equal being.

I came into the discipline from elsewhere.

My formal introduction to and entry into the discipline came at the same time: in Foundations of Sociocultural Anthropology, my very first anthropology course as a PhD student. Trained in history and African-American studies as an undergrad, the only thing I knew about anthropology and ethnography is that a) anthropologists seemed interested in stories and storytelling and b) Zora Neale Hurston had been trained as such. As an aspiring writer I thought: perhaps this discipline is an avenue through which I could be a writer and storyteller. I am not alone.

We bring these elsewheres from Black studies, ethnic studies, women and gender studies, and the lives we lived before the academy. Nervous and eager to prove ourselves, we sometimes submit to disciplining: the various ways we are asked to prove ourselves to be “good” anthropologists. In this process, what we bring from elsewhere isn’t always seen as an asset. At best, it is simply misunderstood. At worst, our offerings are seen as threatening the hows and whys of doing anthropology. This is a good thing.

I came to anthropology to figure out how to be both storyteller and a social justice-oriented researcher. Ethnography’s transformative potential felt clear to me. After my first year of graduate school, the amount of resolve I would need to hold on to that belief in the face of contradictory opinions of what it means to be a “good” anthropologist also felt clear. Now, four years post-PhD defense, my commitment to hearing, seeing, and affirming the many elsewheres from which we do ethnography is unwavering.

When we believe in and work from elsewhere, we can, like Aimee Cox, develop a commitment to unconditional relationality that is built on principles that germinate within and beyond anthropology. For her (and me), Black Feminism has been an elsewhere that animates the possibilities of ethnography. Building on Fred Moten’s work, Symone Johnson writes about this as occupying the break: a space from which she can build Afrofutures using the ethnographic skills that are foundational to our discipline. What elsewheres do you bring with you? What ruptures do they cause in the discipline? How can we celebrate these ruptures as a form of reckoning?

The question of elsewhere—where is it? What is happening there?—animates much of my own work but I believe, too, it is a question (perhaps even a tension) that is present across time and space within anthropology. Elsewhere disrupts our understanding of fixed geographic and intellectual positions from which we do ethnography. Elsewhere requires that we read, research, and write differently. It is, as Christina Sharpe argues, a space from which we know that there is more at stake than the research itself. It is also refusal in practice. With and from our elsewheres, we challenge colonialist practices of carving up and dismembering. With our refusals, we commit to being whole. To my graduate school professors: you were right. Perhaps my work was not anthropological in the ways you believed it should be. But I never aspired to work from the center of the discipline. There is too much at stake to abandon the elsewheres that shaped me; that carry me through.

Ashanté Reese is assistant professor of anthropology and co-Director of the Food Studies program at Spelman College. When she isn’t writing about race, space, and food access, she’s practicing yoga and looking forward to the day when easy seat is actually easy. Her first book, Black Food Geographies: Race, Self-Reliance, and Food Access in Washington, D.C. is available for pre-order.

Deep gratitude to Mai-Linh Hong, Shermaine Jones, Brandi Thompson Summers, Kwame Holmes, and Zoe S. Todd for reading drafts of this column and to Dana-Ain Davis and Aimee Cox for ongoing conversations that influenced its direction.