Implementing the Department of Health and Human Services’ proposed definition of sex as “either male or female, unchangeable, and determined by the genitals that a person is born with” is so manifestly impracticable that calling it a “policy proposal” is a shabby costume. Any serious observer can see that it doesn’t cover the sneer beneath; it’s not meant to. 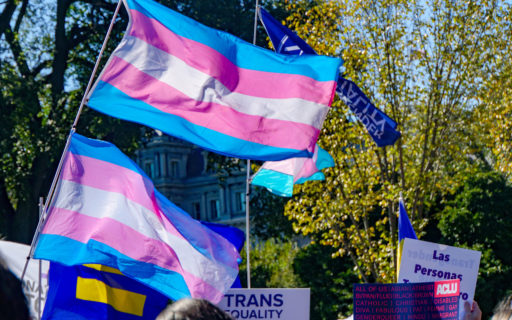 Each year in the United States, thousands of infants are born with intersex conditions that make it impossible to simply classify them into one of two sex categories. Notwithstanding the fact that no workable policy can have two means of assessing one characteristic (i.e., sex can be defined by genital appearance or genetic testing), international experts have concluded that there is no single genetic test that could place all people into binary sex categories. For decades, each of the 50 states has categorized sex and the possibility for its change differently, producing mountains of documents and legal precedents. The expansion of Title IX protections was the result of decades of political work by transgender and intersex people; it didn’t create those people. As such, rescinding civil rights protections would not eliminate them.

Instead of a policy, then, the function of this proposed definition is to amplify the politics of fear that has characterized the current administration. We’ve been told to fear migrants, gangs, powerful women, Muslims, socialists, and activists asserting the value of black lives, foreign governments, venerated international organizations, longtime allies, scientific consensus (although apparently unreliable as counters of carbon molecules, scientists appear here as experts at counting sex chromosomes), and the list goes on.

These tactics are nothing new. Politics of fear work by recasting marginalized and vulnerable groups as cunning and powerful threats. Donald Trump affirmed that through this proposed redefinition of “sex” he wants to “protect our country.” Indeed, this administration has designated transgender people as a very scary bunch. Research shows that, at a fraction of one percent of the population, transgender Americans are disproportionately living in poverty, unstably housed, un(der)employed, victimized by violence, and frequently excluded from health care services and higher education. Yet, somehow, we have emerged in conservative fantasies as nearly omnipotent. With the full and equal rights of citizenship, our very existence could topple the federal government.

The Trump administration argued that the potential presence of transgender people can defeat the most powerful military the planet has ever known. Masters of disguise, we could be anywhere and everywhere at once. That such a small and marginalized group could at the same time wield an unmatched capacity for social and institutional destruction is a fantasy fueled by violence, and deployed to justify its amplification. These claims are paranoiac and absurd. They betray their own premises. They are meant not to make sense, but to consolidate the force of the powerful at the expense of the vulnerable. Any time and every time such claims are spoken by governments, we should denounce them clearly and without compromise.

Anthropologists know that gender variation has existed in many forms around the world throughout recorded history. Our scholarship demonstrates that human beings come in many bodily forms and relate to culturally specific ideas about masculinity and femininity in innumerable ways. Likewise, state and religious law has defined “sex” differently over time and place, not because it misunderstood biology, but because laws are social products; when they distribute sex-specific rights—as many legal systems have done for millennia—they do so according to social values, not genetic codes. Declaring that sex is biologically binary and unchangeable does not make it any truer today than it was before Obama was president.

A founding figure of American anthropology, Ruth Benedict, famously said that “the purpose of anthropology is to make the world safe for human differences.” It is the principle that guides our work with people from around the world and here in the United States. When violence in any form works against this principle, we stand in opposition to it. Although some commenters have urged against “taking the bait” on this issue, we know that that bait is a group of human beings who, by that fact, have lives that are valuable and in whom dignity inheres. As scholars, teachers, and practitioners, there is no risk in affirming that value and confirming that dignity. If the architects of this policy proposal mean to provoke a response, they’ve been successful. Our response is that the politics of fear are transparent and worn. You may be terrified of transgender and intersex people, but we’re not.

Eric Plemons an assistant professor in the School of Anthropology at the University of Arizona, where he is also a core faculty member in the Transgender Studies Initiative.