How I Chose to Apply Anthropology through Film

I didn’t set out to become a filmmaker. Although I’ve had a camera in hand since I was a kid and made a documentary for a visual anthropology class, I mainly saw photography and filmmaking as hobbies and tools for sharing research.

This began to change in 2012. I was on a one-year visiting position, teaching cultural and methods at the University of South Florida where I’d received my doctorate in applied cultural anthropology the year before. I met filmmaker Jacob Okada and, for fun, gave notes on his documentary in progress about a NASA mathematician and artist. Then I helped run a Kickstarter campaign and write grants. By late 2013, I’d moved to New York, coordinated a cross-country interviewing trip, become a producer on Painting the Way to the Moon, and joined Jacob as co-owner of First Encounter Productions. 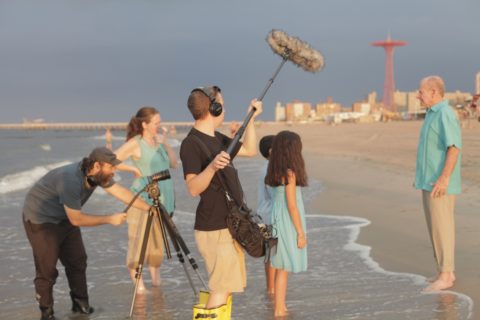 I was drawing on skills honed as an anthropologist: quickly getting up to speed on a new topic, critical analysis, storytelling, grant writing, trust building, interviewing, and project management. These skills complemented Jacob’s technical and artistic expertise. And we both enjoyed communicating science with a broader audience. Our rewarding professional collaboration propelled me deeper into film.

Over the next two years, we finished the documentary, got married, and started writing our first fiction film, ANYA. I continued to adjunct teach and conduct freelance research. Because Jacob had a higher paying full-time job, I took over managerial tasks like bookkeeping, creating limited liability companies (LLCs), and operating agreements for our small business. I haven’t received training for any of this—and some days it shows—but managing classes and fieldwork was surprisingly good preparation.

While I’m still in the process of becoming a filmmaker, I can pinpoint when I chose to make it a full-time pursuit. In 2015, I was offered a year-long visiting position teaching sustainability at a field school in Panama. It was an exciting prospect: bright students, a new research project, and a possible path back to academia. Then we realized we couldn’t afford for Jacob to go with me. Our marriage would survive, but ANYA would not. I turned it down.

We gave ourselves one year to shepherd ANYA from script to pre-production. I also chose not to take on new classes or clients. I took my first screenwriting classes. We wrote and produced three micro-budget short films to get the hang of working with actors. We went into pre-production in February 2017, shot in July 2017, finished post-production in January 2019, and are releasing to video-on-demand and DVD November 26, 2019. It’s been a journey!

We’ve started new projects on gentrification (based on observing our gentrifying New York City neighborhood) and a Honduran transnational family (based on my dissertation research).

I’m starting to feel like an anthropologist and filmmaker, but it wasn’t an easy choice.

Filmmaking is an incredibly risky investment. Films are expensive. Most fail. Small independent filmmakers typically don’t get paid for scripts or labor. They’re “first in and last out”: receiving a percentage of profits after recouping production and marketing costs. 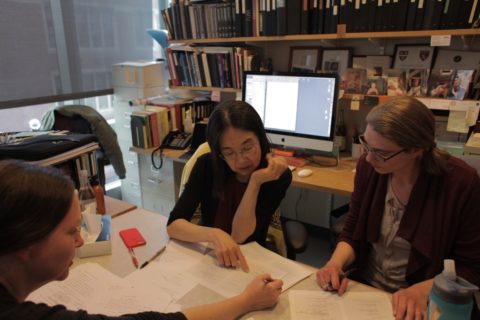 I also worried my professional identity wouldn’t survive the mid-career transition. I knew anthropologists apply their studies in myriad ways, but an inner voice insisted teaching and research were the right way. After so many years as a student, teaching assistant, and adjunct, tenure track academia seemed the gold standard for stability, fulfillment, and intellectual freedom. Filmmaking seemed like a hobby.

Turning down the Panama job forced me to admit I’d spent three years not pursuing the academic dream. I’d chosen not to “revise and submit” an article, telling myself it was because I no longer had access to journal databases. I’d avoided the networking needed to get an academic job. I’d stopped going to the AAA Annual Meeting and Society for Applied Anthropology Annual Meeting because I felt I wasn’t being an anthropologist.

Looking back, deciding to prioritize ANYA released the guilt I was feeling about not doing more to make myself “marketable” and freed me up to pursue applying anthropology through film.

Why go to the mat for ANYA?

This fiction film is a contemporary sci-fi love story about a couple who turn to a geneticist for help having a child and discover that the husband and his secretive community are (technically-speaking) a different species of humans. To create the world, story, and characters we drew on anthropology and our experiences in New York City. To get the science right, we worked closely with geneticists at Harvard Medical School and Carnegie Mellon.

As with our earlier projects, ANYA allowed me to apply a whole suite of communication, research, and management tools I’d learned in academia. Unlike our earlier projects, creating the story allowed me to apply anthropological concepts like cultural relativity, cultural construction of race, and evolution to create the biology and culture of a new species of humans and imagine what it might be like for them when a well-meaning scientist “discovers” their existence.

In 2018, I went back to the AAA Annual Meeting for the first time since 2012. I gave a talk on applying the anthropological imagination in ANYA (narrated slideshow). In 2019, I’ll participate in a Roundtable on multimodal methods and the NAPA/AAA Career Expo, and am also leading a filmmaking for anthropologists workshop. I’d feared writing and producing fiction would take me farther from anthropology. Instead, it’s offering a way home.

Carylanna Taylor ([email protected]) is an applied cultural anthropologist (PhD, University of South Florida) and filmmaker. Her research on conservation, development, and migration in Latin America received recognition from Fulbright, Environmental Protection Agency, and National Science Foundation grants. Since 2012, she has applied anthropological tools and concepts to creating films through First Encounter Productions.