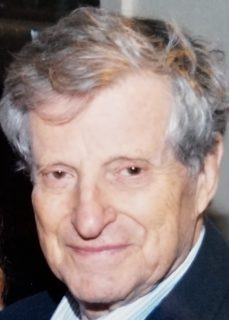 Halpern was an adventurer and a keen observer who from an early age set his own path. As a youth, he rejected his father’s advice that he study chemistry, and instead earned a BA in history from the University of Michigan and a PhD in anthropology from Columbia University. His PhD dissertation on the Serbian village of Orašac received the Clarke F. Ansley Award from Columbia University Press and was published in 1956 as A Serbian Village. Throughout his long career, he conducted ethnographic research in regions ranging from Lapland to Laos, and is best known for his studies of the effects of modernization in the Balkans, particularly the work he and Barbara performed in Orašac, which spanned six decades. He also engaged in fieldwork in Bulgaria, Canada, Greece, India, Israel, the former Soviet Union, Sweden, Thailand, the United States, and Vietnam. He was on the faculty at the University of California, Los Angeles; Brandeis University; and the Russian Research Center at Harvard before arriving at UMass–Amherst in 1967, where he taught until his retirement in 1993.

Halpern was a prolific writer, authoring and co-authoring with Barbara a number of books and hundreds of articles as well as chapters in a series of elementary school social studies textbooks. In addition to A Serbian Village, his most well-known books include The Changing Village Community (1967) and A Serbian Village in Historical Perspective (1972). Drawing on his fieldwork in Laos in the late 1950s, his multiple volumes of Laos Project Papers (1958–1966) cover a wide range of issues, from health, education, and agriculture to the role of the Chinese in Lao society and US policy in Laos. Later in his career, he studied Southeast Asian populations in New England and co-authored a book with his UMass colleague Lucy Nguyen, Far East Comes Near (1989), which presented personal accounts of college students who were refugees from Cambodia, Laos, and Vietnam. He explored his own ethnic (Jewish) background as well, conducting fieldwork in Israel and Jewish communities in the United States, and was actively involved in the Judaic Studies Department at UMass. He donated his vast collection of writings and digitized photos to universities and research institutions across the country and his books and articles have been published in multiple languages, including Croatian, French, German, Japanese, Macedonian, Serbian, Slovenian, and Spanish.

In addition to his intellect, Halpern’s children and grandchildren will always remember his playful wit, the imaginative stories he would weave to entertain them, and his self-deprecating humor. (Kay Halpern)