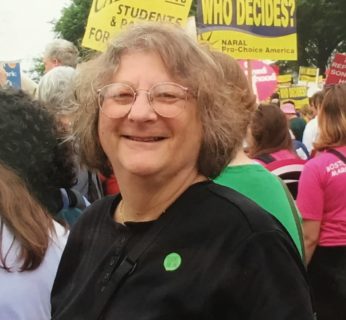 Naomi Quinn (79), professor emerita of cultural anthropology at Duke University, died on June 23, 2019, in Durham, North Carolina, at home with family. In death, as in life, Quinn followed her own inner voice, with fortitude and resolve. An innovator in the field of cognitive anthropology, her interests spanned neuroscience, human evolution, psychodynamic approaches, childhood socialization, and gender.

Quinn earned her AB in anthropology from Radcliffe College in 1961, with Bea Whiting as her mentor, and her PhD at Stanford in 1971, under advisor Roy D’Andrade. Her dissertation research in Ghana focused on how people acquired and processed information in everyday contexts. She critiqued microeconomic decision models discovering that instead of calculating the probabilities of different outcomes, people relied instead on simplifying heuristics and cultural precedents. Her realization that much of cultural knowledge is not readily verbalized led her to invent new methods of analyzing interview data to uncover implicit cultural schemas and to later edit Finding Culture in Talk (2005).

Quinn joined the Department of Anthropology at Duke University in 1972 where she would remain for the rest of her career, serving as chair from 1989 to 1996. In 1976 she began a study of American marriage, and influenced by schema theory in the cognitive sciences, pioneered cultural models theory in the influential volume, Cultural Models in Language and Thought, co-edited with Dorothy Holland (1987). Later she and Claudia Strauss collaborated on A Cognitive Theory of Cultural Meaning (1997), where they articulated a view of cultural schemas as motivating and potentially enduring but also flexible and adaptive.

More recently, Quinn explored the neural, emotional, and evolutionary bases of culture learning and cultural practices. In a 2013 volume, Attachment Reconsidered: Cultural Perspectives on a Western Theory, edited with Jeannette Mageo, she examined the effects of early attachment and separation on adult intimate relationships cross-culturally. In 2018, she edited the volume, Advances in Culture Theory from Psychological Anthropology.

Quinn received many honors during her long and productive career. The two of which she was most proud were the 2009 Lifetime Achievement Award from the Society for Psychological Anthropology, (she served as president-elect and president from 1991 to 1995), and the 2001 Squeaky Wheel Award for promoting greater gender parity from the American Anthropological Association Committee on the Status of Women. However, she counted as her greatest achievements raising two wonderful daughters as a single parent; contributing to the collective struggle for women’s equality and racial justice; and learning to be an effective teacher.

Naomi was an extraordinarily generous mentor and colleague who delighted in bringing people together to share ideas. Those of us who were privileged to know her will also remember her kindness, quick wit, and above all, her vitality. She is survived by daughters Rachel Afi Quinn and daughter-in-law Eesha Pandit, Esther Quinn-Cuffie and son-in-law George Cuffie, and granddaughters Aja, Iyana, and Orora Quinn-Cuffie.

Memorial contributions can be made to the Society for Psychological Anthropology Beatrice and John Whiting Biennial Travel Grants.