Within the anthropology of development, a rich body of work highlights the unintended—and gendered—consequences of development interventions. According to David Mosse (2004), however, anthropological studies seldom explore how relationships of power and authority are shaped and transformed among international development organizations, states, and non-state actors, and how these relationships then influence development policy and practice. In my paper, I examine power in development through one ethnographic case—the 2016 government-led, internationally-funded review of Malawi’s 1993 Readmission Policy, which banned the permanent expulsion of pregnant girls from public schools.

How can ethnographic attention to the production of a revised student pregnancy policy complicate scholarship on the weakening of the African state in relation to funders and NGOs? Is state disempowerment in places like Malawi—where international funders provide approximately 40 percent of the country’s annual budget (Mpaso 2016)—wholesale? Who gets to define the legislative parameters around youth sexuality, a locus of transnational moral anxiety? 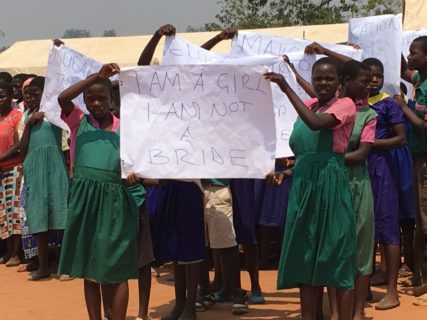 Prior to 1993, pregnancy signaled the end of a Malawian schoolgirl’s educational career. Readmission Policy changed this by granting young mothers the right to re-enroll after a one-year suspension. It was a revolutionary intervention—the first of its kind in the region. Yet, it has failed to get most mothers back in school.

Readmission Policy does not address challenges facing young women who seek re-entry, including stigma from teachers and peers, issues with infant feeding, a lack of childcare options, and the payment of school fees. The policy is bureaucratically cumbersome, requiring that a pregnant teenager write a letter to withdraw from school, wait at least one year to seek re-entry after giving birth, and reapply for enrollment. It is not implemented evenly in practice, with teachers and administrators adjudicating school returns on a case-by-case basis. Young fathers, who are also supposed to be suspended, are rarely required to leave school.

For these reasons and others, officials at Malawi’s Ministry of Science, Education, and Technology (MoEST) initiated a formal review of Readmission Policy in 2016. The review was funded by a multi-lateral organization and catalyzed by two years of organizing by Malawian girls’ education advocates working in NGOs. It exemplified a policy process supported by a coalition of diverse stakeholders across institutional locations. Different sets of actors, however, had varying levels of influence over the policy process, financing, and outcomes, as well as different visions for Malawian schools.

As a participant-observer in the review process, I show that, while funding for Readmission Policy completely bypassed the government, MoEST actors shaped the policy-making process in strategic and often subtle ways. With “nothing but time,” they controlled the pace of policy reform, leveraging their ownership of Malawian schools to maintain a morally conservative stance toward student sexual and reproductive health. 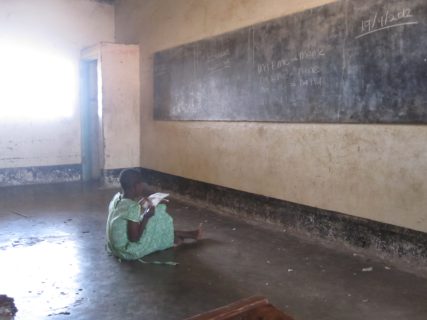 Representatives across institutions expressed interested in revising Readmission Policy. Officials working for bi- and multi-lateral international funders wrote the review into their budget lines for several consecutive years. Prominent leaders of Malawian NGOs advocated for policy reform in meetings with MoEST officials from 2014 to 2016. One NGO director, Blessings Phiri, felt that the original policy had failed to take a holistic approach to youth sexuality. She explained:

It’s very important to have specific attention on issues of reproductive health [in a new policy]…because much as we might deny this fact…there is a lot of sexual activity going on among our children. So a lot of talk should also be around sexual and reproductive health issues…so that we can help our girls. If they can’t abstain, they have to protect themselves.

Phiri acknowledged that the MoEST might take issue with her stance, as they maintained a strict, abstinence-based policy in teaching about sexuality and barred the provision of contraception at schools. Her concerns, however, were echoed by other Malawian NGO representatives who lobbied the government.

Within the MoEST, officials flagged Readmission Policy as needing review, given the “magnitude of the problem” of teenage pregnancy in Malawi. Mid-level manager Tiyanjani Kasinjawas also voiced that the 2006 set of guidelines, published by the MoEST to supplement the initial one-page circular, bore the Canadian flag to reflect its sponsorship by the Canadian International Development Agency (CIDA). “We weren’t happy when [the revised document] came out,” Kasinja told me, “because it had that symbol there; [the flag] could be on back but shouldn’t be on front.” That a Malawian government policy had another country’s flag so prominently displayed signaled, for Kasinja, the extent of Malawian disempowerment at the hands of international funders. A new version needed to demonstrate who owned the policy—and who set a moral vision for Malawian schools.

Ownership has been a central theme in development circles since the 2004 Paris Declaration for Aid Effectiveness, which highlighted the need for “partner countries” to assume greater ownership over aid to increase efficacy. Yet, an extensive literature on the relationships among funders, governments, and NGOs in Africa demonstrates that a discursive commitment to government ownership has not been mirrored in development practices (e.g., Esser 2014). In Malawi, this was certainly the case, as not a single dollar for girls’ education, or for Readmission Policy review, went through the MoEST.

Still, Kasinja and her colleagues considered themselves guardians of Malawian schools and worked to claim their moral and political authority throughout the policy review process. MoEST actors delayed or rushed particular decisions; they added procedural components at the last minute, causing disarray in funding budgets; and they repeatedly postponed meetings. As Phiri told me, the Malawian government “has nothing but time.”

In practice, governmental time (mis)management took several forms. MoEST officials would not start reviewing the policy until a new round of baseline research had been conducted under their supervision, even though four well-known empirical studies of student pregnancy had already been completed since 2000. MoEST officials demanded that the funder subsidize the extra research.

MoEST actors avoided nearly all direct communication with the sponsoring funder. Instead, they required that an academic consultant navigate a tense terrain between government, funder, and vendors, adding layers of unnecessary communication in otherwise routine exchanges, and further undermining the ability of international actors to direct the process as it unfolded.

Perhaps most notably, Kasinja changed the date of the National Stakeholders’ Meeting in Malawi’s capital, a capstone event in the policy process designed to bring voices of district- and village-level representatives into official conversation. She did so with such late notice that one teacher advocate didn’t receive the news until he had already left his house with packed bags to catch a minibus to Lilongwe. 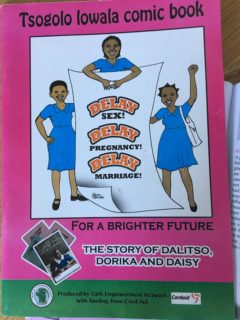 These moves and others, regardless of their effect, represented a form of protest—resistance against a system that relied on the government in name, that responsibilized the government for particular outcomes, but that discounted it in all other ways. These moves were “weapons of the weak” (Scott 1987), deployed not by peasants but elite government officials to resist inequitable terms of engagement with international funders. Shore and Wright (2011, 3) write that “policies can serve as instruments for consolidating the legitimacy of an existing social order or they can provide the rationale for…[its] subversion.” MoEST representatives managed to achieve both outcomes through Malawi’s Readmission Policy process, shoring up the government’s moral, and political authority through debates on national education.

Attention to the creative leveraging of MoEST actors in the policy-making process reveals new challenges to the ability of international funders to dominate development interactions. These challenges would be invisible in discourse analysis of official reports. Through their actions and inactions, government officials shaped which viewpoints on student sexual health were heard in the policy process. They reclaimed the right to define Malawian values as enacted in schools. While civil servants capitulated to NGO requests that they consider a more comprehensive approach to sexuality in school curricula, they remained firm that the provision of sexual and reproductive health services remain forbidden on school grounds. Through control of the policy reform process, MoEST officials ensured state control of its outcome, complicating the assumption that African states are simply weakened by the redirection of international aid.

Rachel Silver ([email protected]) is a PhD candidate in the department of anthropology at the University of Wisconsin.

If you would like to contribute to this column, please contact the contributing editor: Theodore Powers at [email protected].