From the President
Cite this article

It’s traditional to make resolutions as a new year begins; the practice is widespread over time and continents alike. And many of us will make our own resolutions—to stop smoking, perhaps, or to lose weight, to spend more time with the family, or to be more productive. That’s all well and good, and I wish each of you every success in achieving them—even if I never quite do.

But the year ahead promises new and growing challenges, both to us individually as anthropologists and to the discipline as a whole, and I think we will need fewer resolutions as individuals and greater resolution as a community if we’re to meet and overcome them.

Some challenges are obvious—we have yet to adequately confront climate change, xenophobia and anti-immigration sentiments, health disparities, racial injustices, economic inequities, and mounting threats to human rights, political processes, and world heritage. All are complex problems that cannot be successfully resolved—there’s that word again—without the insights anthropology offers. And today it seems that many of the institutions we’ve trusted to address those issues in the past now actively make them worse instead of better. As an association—as a community—we’re actively working on those issues, seeking to provide evidence-based expertise to solve human problems through the efforts of colleagues like you.

Other challenges affect the future and viability of the discipline itself—challenges to funding for basic research, for example, to the value of anthropological training as part of higher education, or to recognizing the contributions of anthropologists outside the academy. We must come together to counter these threats.

But beyond the centripetal forces of the things we stand against, we also need the resolution to stand together and resist the centrifugal forces pulling us apart. Some are structural, like the differing agendas and methods of the various subdisciplines, or the differing concerns of the 40 sections and 10 interest groups within AAA itself. Others are conceptual, between competing visions for a better future and arguments for a more perfect course of action. Too often those become fault lines along which our community splits, rather than an ongoing source of diversity and dialogue that strengthens us. We see and decry the deleterious effects of divisiveness at other scales and in other contexts, but sometimes overlook its consequences within our own community. Of all people, we as anthropologists should be best prepared to recognize and acknowledge the real and valid differences among us without losing sight of the more profound and underlying unity that binds us together. That, too, is a meaning of resolution—to settle disagreements, to reach accord for the greater good and the common weal.

In part that means replacing the brittle resolve of inflexibility with a deeper—and occasionally harder—resolution of differences so we can move forward together. In this age of tweetstorms and hashtags the sorts of nuanced, thoughtful discussions and decisions required to tackle complicated issues are too often overwhelmed by slogans, memes, and oversimplifications, in which the perfect not merely obstructs the good but mocks it, and where the epic takedown is savored more than hard-won progress.

We also need to be more engaged. One of the strategic priorities we’ve established for the AAA is to make the Association more relevant to anthropologists in their daily lives. We’re moving forward with initiatives in that regard, too, but no one knows better than you what would make our efforts more relevant, and your efforts more fruitful. Tell us what you need, or join us in AAA governance to make your visions real, and ensure the Association continues to become more meaningful, useful, and valuable to anthropologists everywhere. To resolve also suggests choosing a course of action, and moving boldly forward. Because we’re composed of anthropologists sharing a common purpose and a rather uncommon set of interests, we need to do so in concert with one another.

A bearded man in profile wearing a collared shirt. 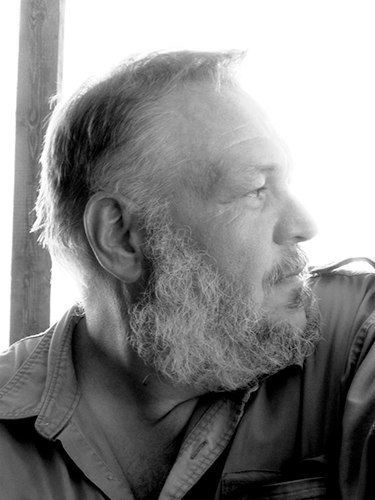