Revolution in the Glass House

A closer look at the Iranian uprisings shows they’re about more than economics.

The Middle East is yet again witnessing a very significant wave of protests. After protests in January and July this year, Iran endured yet another week of uprisings in many of its major cities, including the capital Tehran, in August. Tens of thousands took to the streets. The response of the government has been serious: heavy police intervention, mass detentions, and the death toll of around 25 people—including law enforcement, as of January 4, 2018. Unlike the 2009 Green Movement, which the government suppressed comparatively sooner and which was followed by acts of civil disobedience, this latest discontent was more unique and persistent: August 2018 kept hosting angry demonstrations. 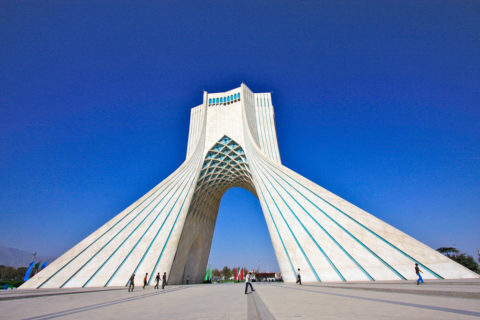 Soon after the discontent erupted, journalists, sociologists, political scientists, and TV commentators tried to determine what has been going on within this mysterious and bounded country. Among the culprits they identified were the worsening economic conditions, unfulfilled expectations that also grew worse especially after the nuclear deal, the US denouncement of the nuclear deal and reinstatement of the sanctions, and the failure of Mr. Rouhani to grow civil society by upgrading the economy and providing stricter accountability. All of these played their parts in producing the unrest (if we set aside Supreme leader Khamenei’s old-fashioned and conventional accusation to the effect that the Western powers are stirring up trouble and orchestrating an insurgency to overthrow the Iranian government.)

But how far does “worsening economy” go toward explaining the present situation? Rather than reducing any of these explanations to a single cause for the demonstrations, I ask, Why now? The answers to this question underscore the fragile condition of Iran. Following Ted Gurr’s famous work, Why Men Rebel, I trace how frustration levels rise to the point of demonstration. Indeed, these are the points that render the country a glass house.

Iran makes huge investments in areas that are of secondary and even tertiary importance to its citizens’ well-being. The state spends large sums of money on TV channels while its cities experience serious infrastructural issues with electricity and running water. The level of investment in Sahar TV, which was established by the governmental television and radio organization, is a key example. The station’s website articulates Sahar TV’s mission alongside answers to frequently asked questions: its primary mission is to export the so-called most magnificent and effective religious revolution of the last century. Its secondary mission also has an external orientation as it focuses on providing viewers with a real picture of Iranian society, thereby fostering relationships between Iran and other Islamic communities. The tertiary mission expresses worries about the efforts of non-Islamic civilizations to penetrate the Islamic world (Karasioglu 2016). The Iranian administration seems to have different priorities than well being of its own household.

The fragile condition that has been created within Iran—how this glass house has been built—is itself part of the question of whether or not Iranians are oppressed. True, there is no question about the oppressive nature of the regime. The country and its administration have long fallen well below the universal standards of human rights, and the state does intervene in personal ways of life and restricts the freedom of speech, which inevitably impinges upon freedom of thought.

I conducted ethnographic field research in the region between 2012 and 2015. It wasn’t long before I noticed the many ways in which its denizens craftily evade oppression. Indeed, it would be fair to say that these activities have become an integral component of Iranian social life, not secret or underground but legitimate forms of entertainment. Among these, the tradition of “temporary marriage” and the underground parties have been two of the most eye catching. In a 2000 New York Times article, journalist Elaine Sciolino identifies temporary marriage as one of the “loopholes in the Islamic system” in Iran, which she describes as having “fluid” rules. Among the supporters for temporary marriage referenced in the article, Sciolino highlights a feminist magazine editor who sees temporary marriages as enabling freer relationships between men and women, despite women still being forced to wear the hijab (Karasioglu 2016). The idea of temporarily marrying someone sounds suspiciously like the legalization of prostitution, especial because the only requirement is that the woman should be unmarried. Temporary marriage thus renders one of the largest sectors of entertainment, sexual activity, a legitimized part of Iranian social life.

Underground parties, which surely could not occur without either the explicit or the implicit approval of the regime, also underscore the fluidity of moral rules in Iran. In a storytelling performance at the MOTH main stage in New York City, Mojdeh Rezaeipour described how she and her cousins would dress conservatively during the day, only to don more stylish dress to attend underground parties at night. Inside the parties that required a password to enter, she and her cousins saw men and women dancing together and kissing (Karasioglu, 2016).

When taken together, the institution of temporary marriage and the implicit approval of underground nightlife generates uncertainty about the religious and/or Islamic structure of the regime. On the one hand, the morality police intervene when a woman goes out without appropriate veiling. Yet, on the other hand, underground parties go on simultaneously. It would not be unfair to consider this paradoxical atmosphere as one of the fundamental contributors to the country’s fragility. 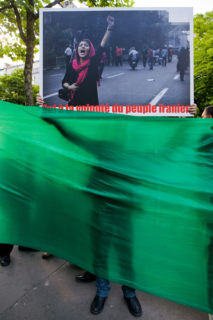 I found that Iranians are angered more by the issue of accountability and the regime’s illicit expenditures than they are by the economy’s worsening condition. The religious roots of all monetary issues in Iran, namely the practices of zakat (one-fortieth of one’s income distributed as alms), and the hums (half of one’s profit given as alms) should be taken into consideration here. Both zakat and hums are meant to be used to assist the poor. However, as one cleric explained to me, “There is a supremely authorized representative of Khamenei located in the capital cities of the countries with Shia populations. Mostly the money goes to them and becomes Beyt-ül mâl [treasury of the Islamic Republic].” The lack of accountability and transparency has long put question marks into the minds of Iranians, for the government seems to be the leading beneficiary of the institution of hums. Given the significantly large Shia population within the region, the sheer size of the hums funds and the questions that might have been created should not be underestimated.

The corruption scandal that broke out in Turkey and Iran over the 2012-2013 activities of the Turkish citizen of Iranian descent Reza Zarrab further exacerbated the uncertainty and confusion around the moral boundaries in Iran. Although there were no immediately visible effects, the case, both in Iran and Turkey, revealed that alleged “Islamists” were involved in theft and fraud. The convergence of the religion’s anti-corruption teachings and the hypocritical anti-corruption rhetoric of those who apparently exploited the religion for reaching their political goals is likely to have a long-term impact.

Zarrab was recently tried in New York City on charges of violating US sanctions against Iran, and it was learned then that the sum of the bribes given by him to Turkish ministers and their close associates reached a mind-blowing $8.5 billion. The whole story of Reza Zarrab started in 2012, when Turkish National Police noticed the illegal activities of Iranian companies and businessmen, and launched a corruption investigation. The judicial authorities and the police started detentions on December 17, 2013. Although the Turkish government accused police officials of fabricating the case, the defense attorneys hired by the Turkish government confessed everything during the hearings at the US Southern District Court of New York. Zarrab was revealed to be in close contact with Turkish and Iranian governmental officials and was smuggling gold for Iranian oil through involvement in fictitious export activities. His boss Babek Zencani, an Iranian national, also became the subject of the investigations conducted by Iranians on the same case for withholding billions of dollars in oil revenue. Zencani was sentenced to death in Iran in March 2016.

Together, Zencani and Zarrab organized a unique underground system of money laundering through which they were breaking the US sanctions on Iran. While operating their system, they apparently had to bribe governmental officials on both sides and saved large amounts of money for themselves. The total amount, which includes bribery given to Turkish and Iranian officials as well as the share for Zarrab and Zencani (together), has been speculated to be $14 billion. Nonetheless, these disclosures have undermined widely referenced explanation for Iran’s bad economy, namely the nuclear sanctions. Iranians have come to understand that their government has, in fact, never been in dire trouble based strictly on the sanctions imposed upon their country. Even more to the point, they surely intuit the extent of the ill-gotten gains by their own corrupt and unaccountable administration simply by looking at the vast sums pouring into their western neighbor’s regime.

Having lived for so long in a glass house, however, the Iranian regime appears to neglect that fundamental rule of not throwing stones: Fueling the civil war in Syria, backing the Houthis in Yemen, taking advantage of every opportunity to destabilize Azerbaijan, and persisting with its ill-advised activities in other countries of the region. Each of these requires huge monetary investments, and it would be a great mistake to think that middle-class and poor Iranians are not aware of what is going on.

The multi-causal structure of the recent developments in Iran cannot be denied. The oppressive nature of the regime and worsening economy are definitely two of the determinants. Yet, in the final analysis, it would appear that the Iranians who took to the streets want their government to deal with their own glass house(hold) rather than to go poking around in remote premises. At least for now, this crafty nation still has many well tread paths of evasion.

Isa Kagan Karasioglu, PhD is a cultural anthropologist who received his degree from Columbia University in New York. He is currently an adjunct member of the faculty in the department of anthropology at John Jay College of Criminal Justice, City University of New York.