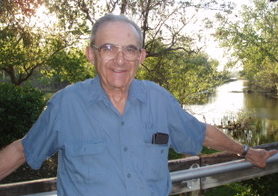 Messing began life in Frankfurt-am-Main. He studied at the famed Raphael Hirsch school of religious and liberal studies in that city and graduated in 1938, shortly before the Nazis closed the school. In 1939, he escaped Germany with a scholarship and a student visa to study in Liverpool in the United Kingdom. The next year he immigrated to the United States, and in 1942 he was drafted into the United States army as an “enemy alien,” admitted into the scholarly Army Specialized Training Program. Simon Messing started university studies at The City College of New York with an interest in psychology and economics, but then discovered that anthropology’s holism could embrace both of those and much more. So, after graduation in 1949 he entered the University of Pennsylvania graduate program in anthropology.

Messing was in the cohort of the first American anthropologists to carry out research in Africa under the auspices of the Ford Foundation; beginning in 1953 he was the pioneering fieldworker in Ethiopia. That country was of particular interest to him because it “captured the essence of both worlds,” Africa and the Middle East. He received his PhD in 1957. His dissertation, The Highland Plateau Amhara of Ethiopia (HRAF 1985), has long been recognized as an important source for research on this important people.

Messing’s first publication, “Changing Ethiopia” (1955), was an insightful analysis of the style and modus operandi of Emperor Haile Selassie I as he consolidated his power over that developing state in the 1950s. (This work anticipated Ryszard Kapuscinski’s The Emperor: Downfall of an Autocrat [1989].) He followed this paper with an account of his first field experience among the Ethiopian Jews, then known as Falashas (now Beta Israel) in 1956. He would later expand this work into The Story of the Falashas: “Black Jews” of Ethiopia (1982)—the first book by an anthropologist to deal with this distinctive people, most of whose members were just then immigrating to Israel. Another pioneering article, “Group Therapy and Social Status in the Zar Cult of Ethiopia” (1958), is a frequently cited work in a genre that has since grown exponentially: the study of spirit possession and its manifestations, causes, and functions.

From 1961 to 1967, returning to Ethiopia, Messing served as the lead ethnographer for a USAID program in public health. With his knowledge of the culture and Amharic he worked in applied anthropology and medical sociology, publishing a collection of his articles in the volume The Target of Health in Ethiopia (1973). Subsequent work focused on ethical dilemmas for anthropologists presented by the issue of female genital mutilation in Africa.