Speak the Names of Those Who Were Lost

Naming can dignify, disparage or even deny one’s social standing.

Days after the horrific attack on the Christchurch mosque in New Zealand, Prime Minister Jacinda Ardern spoke about the gunman to parliament:

He sought many things from his act of terror, but one was notoriety. And that is why you will never hear me mention his name. He is a terrorist. He is a criminal. He is an extremist. But he will, when I speak, be nameless. And, to others, I implore you: speak the names of those who were lost, rather than the name of the man who took them. He may have sought notoriety, but we in New Zealand will give him nothing. Not even his name.

Ardern’s pronouncement before parliament illustrates how naming is integrally linked with social practice while demonstrating what moral and political leadership looks like in a time of national crisis. 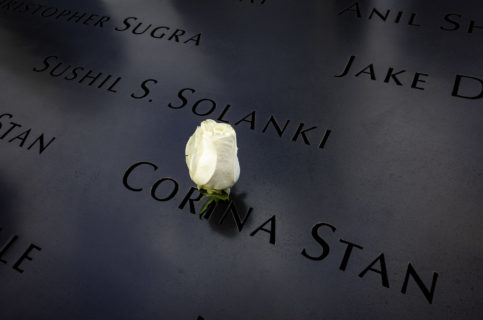 Names of the deceased inscribed into the 9/11 Memorial at the site of the World Trade Center in New York City. Adam Hodges

Naming often figures into remembrance of the dead in a way that honors them. This can be seen at the Vietnam Veterans Memorial in Washington, DC, where it is practice for families of the deceased to create pencil rubbings of inscribed names and carry those names home to keep the individuals alive in memory. Likewise, the 9/11 Memorial in New York City features the names of those who died in the terrorist attacks on the World Trade Center. Whether one silently reads or speaks aloud those names, the speech acts invoke the individuals indexed by the names and fixes those lives into collective memory.

Anthropologists have long recognized the way naming practices symbolize one’s “social position” and “emphasize social relationships” (Evans-Pritchard 1964 [1948]). This is because, as Betsy Rymes (1996) notes, “Naming inevitably indexes an entire world of cultural associations.” Those associations derive from the social contexts in which the names are given and the social relationships they create or invoke. For example, in Paul Kroskrity’s (1993) ethnolinguistic study of the Arizona Tewa, he documents how “nicknames rise and fall with participation in more informal we-groups, or personal networks.” Naming practices can bring people into a community and establish social bonds.

President George W. Bush is well-known for the nicknames he bestowed on those around him during his time in the White House. Those casual references—for example, Big Time for Dick Cheney, Boy Genius for Karl Rove, High Prophet for Karen Hughes, and Rummy for Donald Rumsfeld—invoked affection and social closeness. He bestowed such nicknames on political allies and critics alike, including Bama and Rock for President Barack Obama, Ali for Senator Barbara Boxer, and Frazier for Senator Dianne Feinstein. Sometimes the nicknames were descriptive, as with journalist Maureen Dowd (“The Cobra”). Sometimes the nicknames were a play on the person’s birth name, as with M&M for Mary Matalin, Danny Boy for Dan Barlett, and Brownie for Michael Brown. But the overall sense was that these were terms of endearment that sought to close the social distance between the president and people within his orbit.

In contrast, the current president issues nicknames to denigrate and disparage. He fills his Twitter feed with insulting monikers to negatively brand those he perceives as threats to his power, including journalists (e.g., Mika Brzezinski, Joe Scarborough), political candidates who run against him (e.g., Ted Cruz, Jeb Bush, Hillary Clinton), and political leaders from either party critical of his actions (e.g., Bob Corker, Jeff Flake, Adam Schiff, Chuck Schumer, Maxine Waters). In these cases, the descriptive nicknames—often coined by throwing “lying” or “crazy” or “little” in front of the person’s given name—are hurled as put-downs rather than terms of endearment. The overall function is to tear others down while building himself up, increasing the social distance between him and those in his orbit.

The current president’s recent Twitter tirade against the late Senator John McCain also provides a sharp contrast to the norms surrounding how we talk about the deceased. It is custom to refrain from criticizing the recently departed who contributed to the national community, reflecting instead on their positive qualities while setting aside their faults or our political disagreements. McCain’s memorial service last August at the National Cathedral, for example, brought together figures across the political spectrum. Both President Obama and President Bush paid tribute in spoken remarks (and pallbearers consisted of Democrats and Republicans alike who were friends and colleagues of McCain), underscoring the necessity of social bonds for practicing politics and engaging in democratic governance. The current president remained absent and unnamed at the service, illustrating how those who violate social propriety face disfellowship.

Ardern is right in her analysis that terrorists and mass shooters seek not only to kill and maim, but to communicate a message through their violence—in this case, a message of racist hate and white supremacy—while making a name for themselves. The “overhearers” (Goffman 1981) of the violence include both the horrified public and would-be supporters (Hodges 2017). The gunman in New Zealand knew this as he leveraged social media to broadcast his attack, anticipating how the response would amplify his message as the world sought to name the assailant and unwittingly give voice to his deeds.

“Speak the names of those who were lost, rather than the name of the man who took them,” Ardern implores us. Instead focus on, as Whitney Phillips and Joan Donovan recommend, “what Islamophobia means and does to people around the world and how it spreads across social media without any meaningful checks from social media platforms” (see also, Phillips 2018).

In a time when a lone gunman or small group of fanatics can unleash mass acts of violence that reverberate around the world, I’m reminded of the inverse in the quote attributed to Margaret Mead: “Never doubt that a small group of thoughtful, committed citizens can change the world; indeed, it’s the only thing that ever has.” New Zealanders have shown the world what this looks like in their response to the mosque shootings, guided by Jacinda Ardern’s empathy, moral courage, and political leadership in the face of gun violence and Islamophobia.

Names and titles of address—like prime minister or president—carry symbolic power and should be given to those who demonstrate positive leadership qualities. As Americans begin the process of choosing our next president, we would do well to name someone genuinely worthy of the title—someone who exhibits the type of positive leadership traits modeled by Ardern.

Adam Hodges is a linguistic anthropologist who writes about language and politics. His books include The ‘War on Terror’ Narrative and Discourses of War & Peace, and his articles have appeared in the American Anthropologist, Discourse & Society, Language & Communication, Language in Society, and the Journal of Linguistic Anthropology.