Stories of Kimchi and Zainichi Koreans in Japan

This piece is part of a SEAA column series on “Cultural Consumption and Performance in Asia.” They examine issues such as cultural curation, the uses of the past, material culture, power and market, as well as the enactment of lived experience.

Kimchi—fermented vegetables considered to be Korea’s national dish—is now highly popular in Japan. As the consumption of traditional Japanese pickles declined during the 1990s, the sale of kimchi increased until it became, from the 2000s, the most popular preserved vegetables on the Japanese market (Sankei Shimbun 2017). Still, many Zainichi Koreans—the multigenerational Korean minority in Japan—recall that such a commodification of “Koreanness” was once impossible to imagine.

How do Zainichi Koreans understand Japanese consumers’ open embrace of kimchi in light of Japan’s reluctant social acceptance of its Korean minority population? Despite market-driven consumption’s shortcomings, the commercialization of ethnically symbolic artifacts can raise the general public’s awareness of and reduce skepticism toward a minority population. Analyzing kimchi’s gradual penetration of Japanese mainstream society within the juncture of “materiality” and “symbolism” (Henare, Holbraad, and Wastell 2007), this article explores the influence of material consumption on a commodity’s meanings over time. This discussion emerges from ethnographic data on Zainichi Koreans’s conceptualization of their identity, which I gathered in Japan’s Osaka and Hyogo Prefectures from 2017 to 2018.

Kimchi used to symbolize marginalization for Zainichi Koreans in Japan. Originally known as “Korean pickles” (chōsenzuke), it was almost exclusively consumed in Japan among Korean migrants until the 1980s and was perceived by the Japanese as a taboo food (Lee 2002). Koreans who grew up in ghettos, which gradually developed from communal kitchens near factories and construction sites, remember their omonis (mothers) making and selling kimchi to neighbors who operated Korean barbecue pubs from their shacks. Japanese customers secretly consumed kimchi there well before it appeared on the mainstream market.

Pre-Pacific War Korean migrants who arrived in Japan from the 1910s to the 1930s, as well as their offspring, strongly identified kimchi as the food of their homeland. In contrast, up until the 1990s, Japanese people saw kimchi as a food belonging to the “incomprehensible,” “unsanitary,” and “vulgar” world of migrants (Mizuno and Mun 2015). “Odoriferous” kimchi (Ku 2014) defined Japanese people’s stereotypical impression of ethnic Koreans. Mr. B., a novelist and a second-generation Korean in his 60s, recalled, “…throughout my childhood I was careful to leave last from school when going home. You know why? So the other guys wouldn’t see where I lived. The ghetto, the simple shed… and the smell of kimchi, they would have figured out who we were…” Until he came to terms with his insecurity about his ethnicity, Mr. B. used a Japanese alias to “pass” as Japanese. Still today, many Zainichi Koreans feel more comfortable using Japanese aliases in their daily lives to avoid discrimination and awkward social situations (Kwon and Kojima 2015).

Zainichi Koreans’ cultural identification with kimchi has been closely associated with preserving their Koreanness. During Japanese colonial rule in Korea from 1910 to 1945, many Koreans arrived in Japan as forced laborers and others as voluntary immigrants who had lost property under the Japanese occupation. Consuming their homeland’s cuisine, including kimchi, provided a hint of normalcy for those who lived in dreadful conditions as colonial subjects and laborers. Communal kitchens, where women continuously produced kimchi, offered gathering spots for migrant workers.

Segregated living quarters, communal kitchens in ghettos, and poor living conditions continued in most areas until the 1970s and 1980s when municipal public housing projects commenced to dissolve the ghettos. Some ghettos remained untouched until well into the 2000s, when kimchi and segregated neighborhoods continued to mark ethnic boundaries between Korean communities and the Japanese mainstream population. To Zainichi Koreans, omonis’ surviving kimchi recipes now symbolize Korean dignity, the perseverance of older generations, and the prosperity of future generations during the adversarial environment of pre- and postwar Japan (Wender 2000).

With an eye on kimchi’s recent rise in popularity in contemporary Japan, Zainichi Koreans often contemplate their marginalized status in a society with an overwhelmingly monoethnic national ideology (Oguma 2002). They speak of derogatory expressions associated with odoriferous kimchi that they used to hear from Japanese people. Despite multigenerational residence in Japan, many Zainichi Koreans have chosen not to obtain Japanese citizenship. They continue to face discrimination in employment, education, housing, social welfare, elderly care, pension funds, and political representation (Chapman 2008). They also feel torn between the Koreanness and Japaneseness that reside within them. 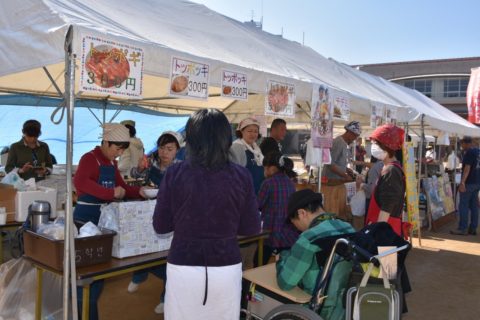 Yet intercultural events, in which kimchi plays an iconic role, are now helping to change this long-term discrimination. Kimchi has stimulated the Japanese public’s curiosity about other Korean dishes and more recently, for South Korean media products. Mr. B. is the committee head for an annual intercultural event that his municipality began to sponsor in the spirit of mutual support among foreign and Japanese residents following the Great Hanshin Earthquake in 1995. He commented, “As usual, the food stands are one of our main exhibitions… Food, dance and music are the base of our cultural exchange.” He believes that appreciating other cultures’ artifacts and food fosters new perspectives in the minds of event-goers and is convinced that the intercultural event is a small step toward bringing people of different backgrounds closer. A steady stream of Japanese volunteers has also supported the intercultural event, which some Zainichi Koreans have interpreted as a sign of their social acceptance by the Japanese mainstream population. Mr. B. feels that, thanks to the event and its fans, ordinary Japanese citizens have become more aware of Japan’s minority populations, and xenophobic sentiments toward foreign residents have declined.

Mrs. C., a Zainichi Korean political activist in her 50s, also believes that kimchi and the stories behind it can help ease deep-rooted discrimination against her people by the Japanese. She reflected,

I used to bring little nibbles to my children’s school’s PTA [parent-teacher association] gatherings. I was upfront. I always said, “I am a Korean.” It always worked for me. Who knows, there might have been people who disliked me. But food did wonders. “Wow, it’s so tasty, Mrs. C! How did you make it?” they would say… People started to ask me about the recipes, and I told them stories about my mother… It’s not just about kimchi… there are stories behind it. There are real people behind what I make.

She now provides Korean cuisine cooking classes to Japanese people at public community centers. For her, sharing food, recipes, and especially kimchi, brings the abstract idea of “the Korean minority” into real flesh, taste, and mutual exchange between Korean and Japanese residents in their communities. 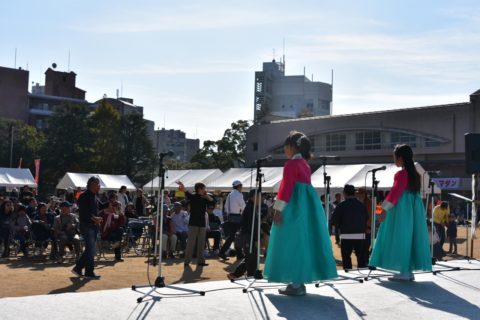 Kimchi’s status as a staple food in contemporary Japan has eased the public’s hesitance and skepticism toward Koreanness and the Korean minority. Some of my informants commented that if no kimchi were available to average consumers in Japan, the level of tolerance toward Zainichi Koreans would be much lower. The image of kimchi as Korea’s comfort food, its accessibility, and a taste that many find enjoyable have created a “shared zone” of savory cuisine that brings together consumers of different backgrounds in Japan. Although kimchi does not evoke the perseverance of Korean ethnic pride in Japanese consumers’ minds, Zainichi Koreans believe that kimchi is no longer a symbol of sociopolitical demarcation and recognize this shift as a sign of Japanese society’s gradual acceptance of Koreanness.

Contemporary kimchi consumption in Japan does not challenge the public stance on Japan’s occupation of Korea, the distinction between North and South Korea, and, most of all, why and how Koreans are living in Japan. However, such consumption can serve as an entry point into these historical and political questions. Novels and films by Zainichi Koreans (e.g. Chong 2008; Fukazawa 2019) that raise historical and sociopolitical questions are also gaining increasing attention from the Japanese public. The grievances of history are a fraction of the reality that Zainichi Koreans would like the world to remember. They hope that the Japanese public will reflect nationally on its postwar situation in the near future (for example, on the traumatic effects inflicted by Japan’s colonization of Korea) and will fully accept the Korean minority into Japanese society—as more than the originators of kimchi.

Yoko Demelius is a social anthropologist and a postdoctoral researcher at the Centre for East Asian Studies at the University of Turku, Finland. She examines the tension between minorities’ ethnicity claims and the homogeneous national ideology in contemporary Japanese rhetoric, by exploring various forms of social platforms and cultural consumption.