An anthropologist reflects on conducting research as an “insider” to the veteran population. 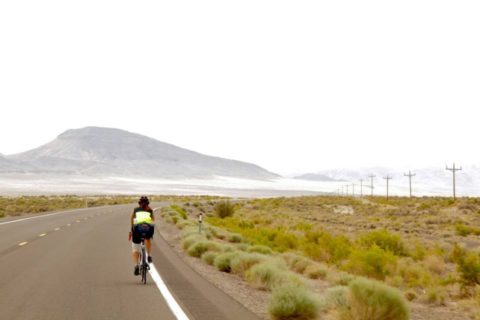 For me, Veterans Day produces contrasting and sometimes painful emotions. Yet for others, this day to honor those who have served in the United States Armed Forces may be cathartic and welcomed. In the following paragraphs I share some of my personal experience as a woman who was enlisted in the military from 2001 to 2009 and reflect on some of the challenges I face as a researcher doing work with a population that I am a part of. My experiences are my own and are not meant to be generalized as the experiences of all military veterans or people currently enlisted. I am writing this to advocate for all of us to take better care of ourselves and be more empathetic to one another in research and academic environments, environments that tend to reproduce a familiar culture that lacks compassion and empathy, much like that of the military. As scholars, we are trained in the art of knowledge acquisition. Knowing a lot of things, however, does not make us immune to stress, mental illness, and subsequent loneliness and isolation. In the following, I share a bit of my own story for Veterans Day.

My time in the military

For women to be viewed on the same playing field as their male counterparts during military service, they are expected to perform gender in ways that are considered traditionally masculine. The uniforms worn downplay any feminine characteristics, confidence is expected to be outwardly displayed, and anything that might resemble a feminine attribute such as open displays of emotion, by anybody, is shamed. Interestingly, gender is always an issue, no matter how hard women service members may try to ignore it. During my fieldwork with women Veterans in the United States, it was rare to speak to a participant who did not mention stress produced from having to operate under the inescapable gaze found in heavily male dominated military environments. I also found it to be commonplace for women veterans to downplay the seriousness of sexual assault, harassment, and gender discrimination even years after their service had ended.

Drawing from my experience in the military and reflecting on my own perspectives, I was able to empathize with participants. Disregarding my feelings about how I was being treated and disregarding my personal well-being was at that time and in that environment, thought to be just part of the job. The last thing that I wanted while wearing the uniform was to draw negative attention to myself when faced with a situation that warranted my compassion or the courage to speak up. I felt that my silence guaranteed that I would not be seen as a weak link in the brotherhood that bonded everyone together (ironically as a woman, I would never be accepted in as a true member). My silence and determination to be perceived by others as tough and unbreakable was necessary for my existence and reputation within a cultural environment that promulgated the collective needs over the needs of the individual. It took many years for me to realize the effect that military mindset, with its attendant dominance and power, had on my identity and my mental health and well-being. In fact, nearly a decade later, I am still trudging down this same path.

When I first enlisted in the military, I felt proud. Back then, I was too ill-informed to care that I voluntarily participated in an institution responsible for the global manufacturing of violence, a mission at odds with the person I have become. The feelings of pride were replaced with feelings of shame and guilt. The shame led me to cower in classrooms when professors or students asked about my service or why I would volunteer myself for this never-ending “war on terror.” The shame led me to not speak about my service for years or willingly identify myself as a veteran in public if asked if any of us were in the room. Yet, my shame also produced curiosity and a near compulsion to understand militarism and the prolonged impact militarism has on the individual. I spent years in a spiral of self-doubt, trying to climb out of continuous agitation from feeling as though I was lost within my own backyard not being able to escape the voice in my head that would scream at me to be tough, to stop crying, to keep moving forward, to quit feeling sorry for myself—to be a good airman. These contradicting emotions were a catalyst for a four-thousand-mile bicycle ride that took me across the country in search of something that would make me feel alive, that would lift the umbrella of shame and reinstate the respect I once had for the country where I live. It was my attempt at healing the moral injury left over from my military service.

As I cycled, other women veterans, all searching for their own paths, reached out to me, wrote me, tweeted me, and even joined me on the road. Their support overcame the numbness and all the anger that had built up in me over the years. I recognized the collective power of community that we generated together, a collective power that we literally and figuratively would use to climb mountains. With them, I began to reclaim my identity as a woman and as a veteran. Although I always had agency, it was at this point in my life that I finally recognized its presence.

My experience with secondary trauma and compassion fatigue

Part of what distinguishes feminist research is acknowledgement of the researcher’s situatedness in the research process and acceptance of reflexivity as a methodological tool. As anthropologists, the nature of our work can put us in positions where we listen to deeply personal accounts that involve histories of trauma. When I started my doctoral program, I did not recognize this as something I would struggle with. For my dissertation, I conducted a feminist ethnography with women veterans. Using survey data, in depth phone interviews, and participant observation at military veteran focused events, I learned about their experiences while in the military and with integration after leaving. I was particularly interested in the often-prolonged impact military culture had on them.

There are upsides and downsides of doing research with a population that we belong to. During my dissertation research, my positionality assisted greatly with recruitment efforts, which was helpful as researchers often cite recruitment challenges with the population. Primarily, data is collected on this population via studies from the Veterans Health Administration (VHA). An additional strength of my work is that those who do not use the VHA were represented in my study. However, as I found myself moving through my interviews with women veterans whose experiences often resonated so closely with my own that bits and pieces of my unexposed military past began to bubble to the surface.

The possibility of dealing with secondary trauma when engaged in research is an unchecked box that graduate school does not prepare most of us for. Interestingly, the “embrace the suck and get it done” mentality that was ingrained in me via my military service, is what pushed me through my PhD program and continues to motivate me today as I set and reach new personal and professional goals. But over time, block by block, the fortress I had built around my memories and uncomfortable truths came crumbling down in the form of unrelenting anxiety and depression. I hid my struggle under the guise of my exaggerated ability to compartmentalize and kept my mind busy by exercising too much, working too hard, and attaining a PhD.

According to the Anxiety Association of America, anxiety disorders are the most common mental illness in the United States, yet only 36.9 percent of those suffering receive treatment. A recent study reports that 41 percent of graduate students scored as having moderate to severe anxiety. They are more than six times as likely to experience depression and anxiety as compared to the general population. Even though many people working in academic and research environments have spoken out about their own struggles with mental illness, we still operate within a culture where fear of judgement and stigma are stopping people from seeking help. Even as I write this article, thoughts of not sending it for final editing are strong. However, concern for my friends and colleagues, my community, country, and world is at the core of my willingness to speak out and reach out in this moment. Due to being better equipped to articulate the barriers we face in comprehending and addressing health seeking behavior and in accessing appropriate mental health care, I am now much more willing to talk openly—as uncomfortable as it still makes me feel—about my scars as my own personal journey of healing unfolds.

Part of this journey is deeply rooted in the ethnographic work that I conducted with women veterans and that I continue to conduct as a qualitative researcher for the Department of Veterans Affairs (VA). Often, I find that my insider status can make it difficult to transform myself into what Susan Krieger (1983, 325) calls “a distant analyst”. This is where the practice of reflexivity and a commitment to self-care come into play. Always at the forefront of my analysis efforts is the reminder to be sensitive to the differences that exist between participants and myself and awareness of power relations involved in doing research with marginalized populations. To do the work I do without a continual practice of reflexivity would be, as Stivers (1993, 410) expresses, “like trying to see without eyes”.

People have asked me if I regret going down this research track due to the challenges that might arise from doing research with one’s own population. I don’t have regrets; it is through my own experiences that I became innately familiar with the invisibility cast over women veterans, whose stories and voices are oftentimes hidden within the stories of the larger male veteran majority. I am also now connected to an entire community of women and gender non-conforming military veterans who have banded together in pursuit of policy and programmatic changes. Our collective efforts are resulting in a cultural shift across the veterans landscape toward greater inclusivity and service to all veterans, including women, LGBTQ veterans, and veterans of color who have up until recently largely been left out of the national veteran narrative. I have joined the ranks of VA anthropologists who are making sure that engagement with military veterans and their family members are becoming more commonplace in VA research. It is by means of my positionality that I can continue to advocate for increased efforts by investigators to make sure that minority veterans are represented in VA research.

In closing, an important part of supporting ourselves through fieldwork and research involves seeking help when needed. I feel strongly that we can also help each other by doing a better job of providing support as peers. I am fortunate in that I just finished a yearlong program evaluation with an organization called Growing Veterans, a nonprofit that brings together veterans and community members for volunteer opportunities on their organic farm. The farm acts as an informal vehicle where peer support organically takes root. In conjunction with farm activities, Growing Veterans offers a formal peer support training. As an anthropologist and participant observer, I am grateful for the experience. Peer support entails listening with intention and holding space for others in an effort to build connection; the outcome is the cultivation of empathy and community. In a world full of contradiction, anger and misunderstanding, I think this is a good place for us all to start.

Kiersten Downs, PhD is an applied anthropologist currently working as a qualitative researcher with the Department of Veterans Affairs. Her work focuses on community reintegration with military veterans, access to care for minority veterans, veteran engagement in VA research, program evaluation and qualitative research methods.