Scholars of Russian ethnography and history of the Russian Far East mourn our friend and colleague, Tatiana Roon, who passed away in June 2021, just one month shy of her sixtieth birthday. Born in 1961 in the Soviet port town of Kholmsk on Sakhalin Island, just north of Japan, she went on to become one of the leading anthropologists of contemporary Indigenous life in the country’s eastern reaches, as well as one of its most prominent museum leaders.

Roon received her bachelor’s degree in History and Anthropology from Leningrad State University in 1986, then returned to Sakhalin in take up lecturing at the local Pedagogical Institute in the regional capital of Yuzhno-Sakhalinsk. In 1988, she began work at the Sakhalin Regional Museum, eventually serving as its director from 2003 to 2015. While leading that institution, she traveled widely to lobby for funds and to advance the museum’s collections, building a dynamic and robust international network. She modernized the museum’s physical space in a landmark building erected by the Japanese in the 1930s, she upgraded its collections, and founded a much visited open-air ethnographic museum on its territory. Prior to serving as director, she spent a postdoctoral year at the American Museum of Natural History in New York, working closely with the collections from the Jesup North Pacific Expedition from a century prior.

An avid fieldworker, Roon’s regular and collaborative engagements with Indigenous Uil’ta (Orok) reindeer herders led to her most prominent Russian-language work, The Uilt’a of Sakhalin: An Ethnohistorical Study of Traditional Economy and Material Culture (1996). That book served as the basis for her doctoral dissertation at St. Petersburg’s Kunstkamera in 1997. She followed in 2010 with a broader monograph on Indigenous life across Sakhalin Island and the Kurils, alongside a number of essays in the history of Russian and Soviet anthropology. These were among her many articles, translations, edited volumes, and a coauthored Russian-Uil’ta dictionary that reflected the very best of the longstanding Russian fieldwork tradition. From 2001 onwards, she gave her time generously to coordinate negotiations between Indigenous communities in the face of Sakhalin’s vast oil development.

There are simply not many people like Tatiana Roon, and, one suspects, there were never many like her. She is already much missed.

A woman with brown hair smiles broadly; a fence and bright green grass are visible behind her. 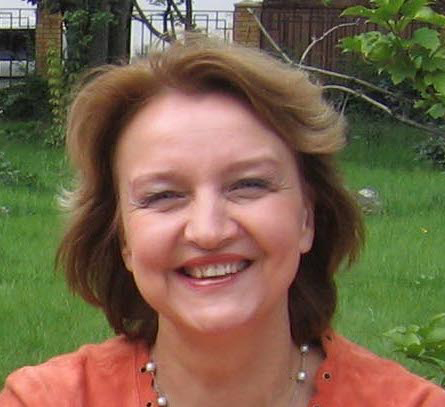