The Climate Change Messenger Matters as Much as the Message 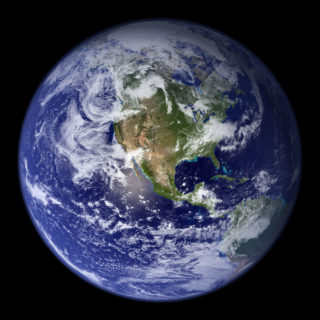 When it comes to policy arguments around complex issues like climate change, the messenger can be just as important as the message in mobilizing support for policy responses.

Last fall, two new reports communicated even more evidence that the world is rapidly warming and underscored the need to take immediate action to mitigate carbon emissions. In October, the United Nations Intergovernmental Panel on Climate Change released a special report on the impacts of global warming above the 1.5-degree Celsius target established in the Paris climate accord.

A month later, the US Government released the second volume of its Fourth National Climate Assessment, a joint effort undertaken by thirteen federal agencies that spent two years working with 300 leading scientists to compile. The assessment lays out in stark terms the risks to communities, the economy, infrastructure and human health, and argues for the need to act now or face catastrophic costs this century if global warming continues unmitigated.

Both major reports came in 2018 as Californians experienced yet another destructive and deadly fire season due to drought conditions exacerbated by climate change. And scientific articles published in the first month of 2019 report that oceans are rising faster than previously expected (Cheng et al. 2019), Antarctic ice loss is contributing more than previously thought to sea-level rise (Rignot et al. 2019), and the ice sheet over southwest Greenland has “crossed one or more thresholds or tipping points” and “will become a major contributor to sea level rise” within two decades (Bevis et al. 2019).

A majority of Americans now recognize that climate change is happening and is personally important to them, according to a recent survey conducted by the Yale Program on Climate Change Communication and the George Mason University Center for Climate Change Communication. But views on climate change continue to divide sharply along partisan lines with Democrats being more accepting of the scientific consensus and Republicans tending to reject it.

Acting on climate change requires bipartisan agreement on the scope of the problem to arrive at effective solutions. But climate change politics have been held prisoner to a political culture mired in elements of demagoguery.

Demagoguery, as Patricia Roberts-Miller (2017) explains, involves more than just the easy-to-spot prejudicial appeals of a lone rhetor. Demagoguery thrives in a divisive political culture that reduces political questions to simplified contests between “us” (good) and “them” (bad). Such a political culture erodes democratic deliberation by insisting that “we shouldn’t argue policies as policies…but should instead argue about identity (whether this policy is advocated by us or them).” In other words, who makes an argument matters more than the evidence and reasoning that supports the argument. Climate change politics often revolve around the identity of the messenger in just this way.

In his book, How Culture Shapes the Climate Change Debate, Andrew Hoffman (2015) explains how distrust of the messenger is one of four forms of distrust that hamper communication about the scientific evidence on climate change.

Accompanying distrust of the messenger is: Distrust of the process—namely, the scientific peer review process and the political process underlying governmental and intergovernmental reports like those put out by the United Nations and US Government. Distrust of the message—reports about the impacts of climate change (like those on ice sheet loss and ocean temperatures cited above) often deal with issues that exist outside the realm of everyday experiences for many people, communicating doom and gloom scenarios that are hard to fathom. Distrust of the solutions—regulatory responses like taxes and subsidies may be seen as government overreach (witness the yellow vest protests in France sparked by a gasoline tax).

Distrust of the messenger means distrust of individuals and groups typically at the forefront of communicating the message: scientists, environmentalists, and Democratic politicians. Distrust of scientists may be associated with a broader distrust of liberal universities and elite institutions, especially in this era of populist politics where anti-elite sentiment isn’t hard to find. Republican Richard Nixon created the Environment Protection Agency and signed the Clean Air Act into law during his presidency, but environmental issues championed by environmentalists have since come to be linked with liberal politics. When politicians like Al Gore communicate the scientific message on climate change, many conservatives turn a deaf ear to that message due to their distrust of the messenger.

Hoffman (2015) suggests that “climate brokers”—“individuals with credibility on both sides of the debate”—are needed to overcome this distrust of the messenger. Climate brokers can range from local community leaders to religious leaders like the Pope to Olympic athletes such as Jessie Diggins, the 2018 gold medalist in cross-country skiing. But, Hoffman (2015) argues, “The two most important constituents that must play the role of climate broker are those who have become natural obstacles to the science behind the issue, those whose material and ideological interests are threatened.” That is, business leaders and political conservatives.

The messenger matters, and efforts made by prominent Republicans like former Secretary of State George P. Shultz, former Secretary of State James A. Baker III, and former Secretary of the Treasury Henry M. Paulson Jr. to advocate for a carbon tax can help move the needle toward action. Schultz currently serves—along with climate scientist James Hanson, former Secretary of Energy Steven Chu, and a host of other prominent brokers—on the advisory board of Citizens’ Climate Lobby, a nonpartisan organization dedicated to passing a carbon fee and dividend plan to combat climate change. The group’s advocacy has recently resulted in the introduction of legislation with bipartisan sponsors in the House. Although more work needs to be done to garner support for the legislation across the political spectrum, the legislation represents an important step toward moving the politics of climate change beyond the partisan divide.

Until we reach a point where policy solutions are debated as much on their merits as on the identity of the messenger, climate brokers will play a vital role in helping us solve the climate crisis.

Adam Hodges is a linguistic anthropologist who writes about language and politics. His books include The ‘War on Terror’ Narrative: Discourse and Intertextuality in the Construction and Contestation of Sociopolitical Reality, and his articles have appeared in Discourse & Society, Journal of Linguistic Anthropology, Language & Communication, and Language in Society.

Watch Adam Hodges’s video on climate change to learn more about the challenges and potential solutions: