The Politics of Corporate Rebranding

Society for the Anthropology of Food and Nutrition

Last fall, I invited students in my seminar on ethnographic and documentary studies of food to write essays about issues in food politics that interested them. First, they should submit topics for approval. “I want to write about the renaming of Dunkin’ Donuts and Weight Watchers,” one said. I was taken aback; a paper about corporate branding was not what I had in mind. I encouraged the student to find a “more consequential” issue, which he did. Yet, I found myself returning to the subject: Had I been too quick to dismiss it? Was there political significance in renaming two major purveyors of American consumer food goods and services? 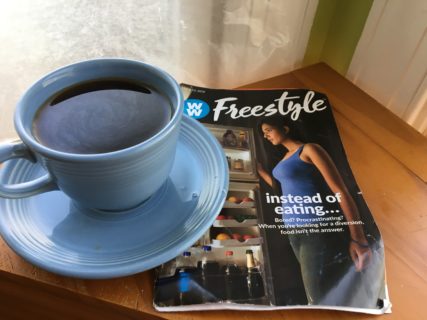 In case you missed it on CNN or in the New York Times, on September 25, 2018, Dunkin’ Donuts, the quick service restaurant chain of 9,000 outlets that has been in operation since 1950 when its first branch opened in Quincy, Massachusetts, changed its name to “Dunkin.” This came just one day after Weight Watchers, the global giant in weight loss support services and products founded in 1963 by Jean Nidetch, a housewife from Queens, New York, changed its name to “WW.” Known as the world’s most popular diet, WW sponsors more than 30,000 weight-loss oriented meetings per week.

That two giant US-based food-related corporate entities with more than 125 years of successful sales of goods and services between them announced name changes within one 24-hour period is remarkable. My student was right: it is political, too. That’s because it speaks to trends in naming conventions in American consumer food culture that can tell us about what we value and why. This is not to suggest that renaming of Dunkin’ Donuts and Weight Watchers is as significant as, say, the structural inequalities in the social welfare system that dictate food assistance. However, it does speak to the way that Americans perceive both consuming sweets and losing weight.

Anthropology can tell us a lot about the cultural conventions of naming. Mary Douglas stresses that names imbue objects with the information we need in order to understand their uses and meanings: “As learning proceeds, objects are named. Their names then affect the way that they are perceived next time: once labeled they are more speedily slotted into the pigeon-holes in future.” Douglas writes that our “schematizing tendencies” show us that a business with “donuts” in its name will indeed serve those pastries; experiences going there and eating donuts cement our confidence in how that business can improve our lives (or not, depending on how you like the donuts).

Pierre Bourdieu argues that the “labor of categorization, of making things explicit and classifying them” does not merely describe entities like businesses; for him, categorizing represents the social order itself. Michel Foucault, Reinhart Koselleck, and others argue that naming also shapes power relations. For example, in the case of Dunkin’ and WW, we might ask who is doing the naming, what exactly the new names signal about changes in their practices, and what historical moment or series of events prompted the shifts?

The new names tell us that corporations think excitement about a brand is important. Not just garden-variety excitement, but the kind of intense attention that comes with viral social media campaigns, coverage in newspapers and magazines, and television commercials designed to attract new customers. In altering their names, the companies produced publicity. In my students’ terms, Dunkin’ and WW captured the hype. My question became: does hype have value in terms of the social life of food?

Hype, or concentrated energy around a particular product or business, is not a new phenomenon. It dates back at least to 1899, when economist and social theorist Thorstein Veblen coined the term “conspicuous consumption.” In analyzing scarcity and value, Veblen pointed out that in most cases the more an object’s price rose, the less demand there was for it. However, some luxury products were so desirable that the more their prices rose, the more demand for them did, too. Veblen argued that certain goods and services have not only class associations but also moral connotations. “The basis on which good repute in any highly organized industrial community rests is pecuniary strength; and the means of showing pecuniary strength, and so of gaining or retaining a good name, are leisure and conspicuous consumption of goods,” he wrote. But not just any goods—only “the most desirable goods,” such that “if these articles of consumption are costly, they are felt to be noble and honorific.”

What does Veblen’s theory have to do with donuts and weight loss? A lot, especially if the brands behind them seek to remake their images in the public eye. While Dunkin’ and WW were both turning profits for their shareholders when they renamed, neither brand was what you’d call “hot.” Both were household names, but to intensify value they needed to generate new levels of interest. When we look back, we can see that both companies had been trying for at least the last 5 years to reinvent themselves. In my Dunkin’s lifetime, American culture has undergone a gourmet revolution, a coffee shop boom, regional and artisanal food crazes, rising healthcare costs blamed on an obesity epidemic, and the discovery of new science suggesting that sugar is as addictive as heroin. When you consider those factors, you might want to say goodbye to the “Donuts,” too. For Weight Watchers, which began its life as the first of its kind, many more methods for losing weight have become available. And nowadays, weight loss can be managed by digital technologies instead of in-person meetings, sparing clients the indignity of weighing themselves in front of other people. Attitudes about how we want to lose weight have also changed: new press releases from WW boast that it no longer advocates weighing foods on scales—long a WW technique for portion control—but offers strategies for mindful eating and meditation.

The point of this post is to show ways in which food anthropology extends far beyond farms and kitchens. It seeks to open up new ways of thinking about the politics of food, and about how we theorize and evaluate the ways in which food-related goods and services are marketed to consumers.

Kelly Alexander is a PhD candidate in cultural anthropology at Duke University, where she is also a Visiting Lecturer at the Center for Documentary Studies. In addition, she is a longtime food journalist and the recipient of a James Beard Journalism Award for magazine writing.