There Is Life After Retirement

Rick Feinberg has been a CSAS member for approximately forty years and has spent many of those years in section leadership. In the mid-1990s, he edited the semiannual CSAS Bulletin, and from 2002 to 2006, he served on the presidential track, which included one year (2004–05) as CSAS president. From 2009 to 2016, Rick was the CSAS representative to the AAA’s Section Assembly, but had to step down when he became the Section Assembly Convener. As a past-president, Rick continues to serve as an ex-officio member of the CSAS board. CSAS congratulates Rick on his retirement, wishes him well in his present and future adventures, and recognizes, with appreciation, his contributions to the section.


Last May, I retired after 44 years as a member of the Kent State University faculty. Actually, it was my second KSU retirement. In 2015, Ohio’s State Teachers Retirement System changed its formula for calculating pensions, and I left my position as a tenured professor. I still felt energetic and committed to my discipline and university, and I continued to find fulfillment in my research, writing, and interaction with students. But I—along with many of my university colleagues—determined that it made financial sense to end my tenured status at that time. Two months later, I was rehired into a full-time non-tenure track position. In 2016, I had a major health problem but only missed one day of class and, within a few months, was back to all my usual activities. Still, for reasons that go beyond the scope of this article, after three years as an NTT, I stepped down once again. I was left with a question faced by most of us when we reach our 70s: what do I do now? My answer is that there is life after retirement.

A common reaction when people hear that I’ve retired is to assume that I have enormous amounts of discretionary time. It turns out that I’ve had very little, for a variety of reasons. One simply involved preparation for life after KSU, a process that was underway for more than a semester before I left the university and continued for months afterward. These activities included paperwork in preparation for my institutional separation, transference of my health insurance from the university-sponsored program to Medicare, organizing and storing dozens of boxfuls of books and notes I had been keeping in my office, and what proved to be an arduous and time-consuming task of preserving my email records after being removed from the university system. 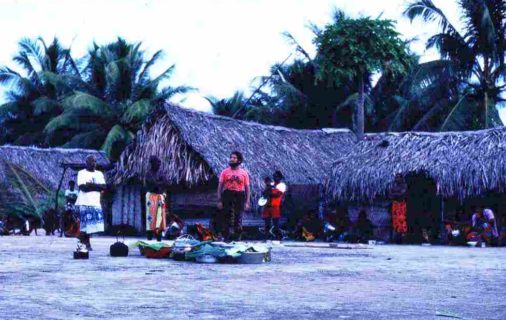 It is an inescapable fact that as we age our bodies, despite our best efforts, become less resilient. My hearing was compromised by repeated bouts of malaria and malaria treatment, resulting from fieldwork in the southwestern Pacific. After recovering from coronary bypass surgery in December 2016, I returned to my former physical activities, and in 2017, I put over 3,500 miles on my bike. That was short of my 4,200 for 2016 but certainly respectable, and I assumed that 2018 would continue my upward trend. In early March, however, I developed sciatica, which had me on crutches for a month and kept me away from sustained strenuous activity until May. Then, when my sciatica reached tolerable levels, I developed tendinitis in my wrist and hand, which interfered with my ability to shift gears on my bike as well as to play music—another activity that has been an important part of my life. By October, I seemed to have that more or less under control and, all things considered, I am probably in better shape than most 70-year-olds. Still, visits to physicians and physical or occupational therapists have taken up a lot of time. 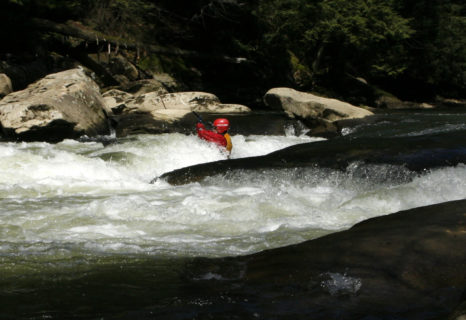 The author runs a rapid in a kayak on Slippery Rock Creek in Pennsylvania. Tom Riddle

More fulfilling has been time devoted to a variety of long-term interests. I’m fortunate in having avocations well beyond my university commitments. In addition to cycling, these include whitewater kayaking, scuba diving, and performing folk and old-time music; and I’ve contemplated increasing the time I devote at least to some of these. Most immediately, however, while I have retired from Kent State, I did not retire from anthropology. In addition to a number of writing commitments, my position as the American Anthropological Association’s Section Assembly Convener—which also places me on the Association’s Executive Board and several other committees—runs until November 2019. And I have a grant from the Fulbright Foundation to spend the first six months of 2019 teaching and collaborating on research at Palacký University, Olomouc, in the Czech Republic.

A large portion of my time over the past several months has been taken up with preparations for my time in Europe. That has included a visa application and other administrative tasks. More intellectually engaging has been preparation for the courses I’ve agreed to teach in Olomouc and trying to learn to speak a little Czech. I can get by in a few languages other than English, and I’ve spent a considerable time in the field with people whose first language is not English. This, however, is my first attempt at a Slavic language, and I’m finding both the grammar and pronunciation quite a challenge.

As I’m sure is true of most retirees, my experience has been in many ways distinctive, if not exactly unique. Such tasks as dealing with health and the US health care system may be a fact of life for anyone in my position. And then there are the features of retirement peculiar to colleagues in higher education. When I read an article, be it in a newspaper, magazine, or academic journal, I always think about the ways to incorporate it into one of my classes. Then remind myself that I may never teach that class again. I still receive ads for textbooks and come-ons for teaching resources. Usually, before getting out my credit card, I manage to remember that I no longer am in need of such amenities. Because of my forthcoming affiliation with Palacký University, that change should be less abrupt for me than many retirees. Still, it seems, my teaching days are winding down, and some courses I have regularly taught I’m unlikely to offer again.

In sum, I have experienced a rite of passage and have embarked upon a new adventure. Among my new concerns: I’ll be living on a fixed income despite the fact that some expenses—such as those involving health care—will inevitably go up. Those, I trust will be offset by others, such as those connected to my professional activities, which will go down. With luck I’ll have time to pursue activities that my job-related responsibilities made difficult, but time and resources are limited, so I’ll still have to make some choices. Whatever happens, I’ll do my best to stay in touch with friends and colleagues and will keep you posted.