#EleNão vs. the Women We Are Missing

Anthropology in the authoritarian populist era. 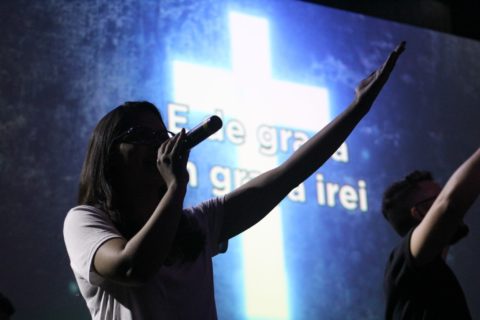 “Yesterday I managed to take two votes from bozossauro women. One of them wanted to vote with for Bolsonaro because her husband insisted. When I heard her saying that she was about to vote for him just to avoid fights at home, my blood started boiling. I was careful. I explained her and managed to convinced her not to vote for him, but I also told her to let her husband believe that she will indeed vote for him, only to avoid fights (if it was with me, there would be no fights but a divorce),” posted Maya, a Brazilian woman, on the Facebook group “Mulheres Unidas contra Bolsonaro” or “Women United against Bolsonaro.” Many other women replied with the names of the parties they will vote for, both to the right and to the left of the political spectrum, and the hashtag “#EleNão” (“#NotHim”). They extended comments congratulating Maya and shared their own experiences with convincing other women not to vote for Bolsonaro.

Such posts, where women share their stories of “converting” voters or ask for help from other women on how to deal with family members and husbands, make up most of the conversations on the Mulheres Unidas contra Bolsonaro page. The group was initially created on September 12, 2018, by Ludmila Teixeira from São Paulo, to gather friends and acquaintances opposing the election of the extreme right wing candidate Jair Messias Bolsonaro (Bolsonaro hereafter) as the president of Brazil. Mulheres Unidas contra Bolsonaro gave rise to the #EleNão movement, culminating on September 29, 2018, with protests in Brazil and around the globe, warning against the retrocession in human rights and women’s rights that Bolsonaro’s presidency might bring.

Bolsonaro drew attention nationally and internationally for arguing that women should earn less because they breastfeed and have children, poor people should be sterilized, and gay people were not beaten enough as children. Bolsonaro is also an open admirer of Chile’s military dictatorship under Augusto Pinochet, and referencing the United States’ current administration, he has made the call to “make Brazil great again.” International media, from the Jacobin to the Economist, have stated that a Bolsonaro presidency could deteriorate the already young democracy of the Latin America’s largest country.

Although Mulheres Unidas contra Bolsonaro united nearly four million women from across the political spectrum, research shows that by the election, many people active in the movement represented the esquerda caviar (Schreiber 2018), or the middle-class “caviar left.” Many low-income Brazilian women from large cities—like Luiza, a friend from Fortaleza, my fieldsite—were absent from the protest movement. When I asked her why she would vote for Bolsonaro, she told me about the violence that has been increasing in Fortaleza in the past years, the fear of riding the bus in the afternoon, and the hard work of managing her household without a clear sense of what the future holds. And indeed, not much has been done by the left, which came to power in 2013, to acknowledge Brazil’s economic crisis and directly tackle the problem of urban violence (Pinheiro-Machado and Scalco Mury 2018). Hearing her talk, I remembered all of the times I politely rejected her invitations to go to her church, and my preference to spend time in spaces that identified with leftist groups and movements. By rejecting Luiza’s invitations to church, I understood life at the periphery of Fortaleza only partially. Having spent more time with her and her evangelical family and friends, would have provided me with a more complex and complete picture of changes that took place in urban Brazil in the past decades, and that influenced people’s reception of Bolsonaro.

Although the mainstream media villainized the Bolsonaro voters, presenting them as the entreguista economic elite, people ready to offer its natural resources to the old colonial powers, and people full of hate and anger, a closer look at this electorate allows one to notice nuances among supporters and also remind us that votes are, in the end, the currency that people exchange to meet their needs. Luiza’s daily encounters with urban violence and corruption, for example, in her attempts to access the public health system or obtain a place in one of the public preschools for one of her nieces, are not unique. On the contrary, they permeate the everyday life of most Brazilians.

Despite his many sexist, racist, and homophobic claims, Bolsonaro won the presidential election on October 28, 2018, with 55 percent of the vote. Even though more than 50 percent of women voters chose other candidates, he was strongly supported by a large number of women, mainly from the more economically developed South and Southeastern Brazil. It is safe to argue, then, that women were important players in the 2018 Brazilian presidential elections: they both opposed Bolsonaro, organizing in social movements and by engaging in digital activism, and strongly supported him. Moreover, Bolsonaro couldn’t have won the election without the votes of women like Luiza, who didn’t feel represented by the Mulheres Unidas contra Bolsonaro or other left-leaning movements.

If anthropology has traditionally been focused on understanding the lives of historically oppressed populations, following the lines of gender, class, race, or ethnicity, the current global scenario of authoritarian populism should make us re-think this tradition. In other words, the current context should push us to question and redefine what Sherry Ortner calls the “dark anthropology” (2016) or anthropological attempts to study power and inequality from the 1970s on, and complement it with an anthropology of the “repugnant other” (Harding 1991). Anthropology in the authoritarian populism era—where social divisions, between so called modern people and “fundamentalists” form the core of the political debate—should take Susan Harding’s call further and investigate how such categories are created, perpetuated, and manipulated. This anthropology would go beyond the oppressor vs. oppressed distinction, and understand what makes some become “progressive leftists” and others “backward Bolsonaro followers.” Theoretically, this anthropology would enrich our current understanding of gender/race/class/ethnicity; from an activist perspective, engagement with the repugnant other would illuminate the reasons for their rejection of leftist politics, because, as the Brazilian political scientist Mauro Iasi observed, “The right is rising on the field left open by the left.” Lastly, such an anthropology would provide room for theoretical sophistication while remaining socially relevant, by relating examples from places as varied as Latin America, the United States, and Eastern Europe, all sites of rampant authoritarian populism (Scoones et al. 2018) where social and gender struggles become even more interconnected and explicit.

Luminiţa-Anda Mandache is visiting scholar at the School of Anthropology, University of Arizona.
Luzilda Carrillo Arciniega, Suraiya Jetha, and Chandra Middleton are contributing editors for the Association for Political and Legal Anthropology.